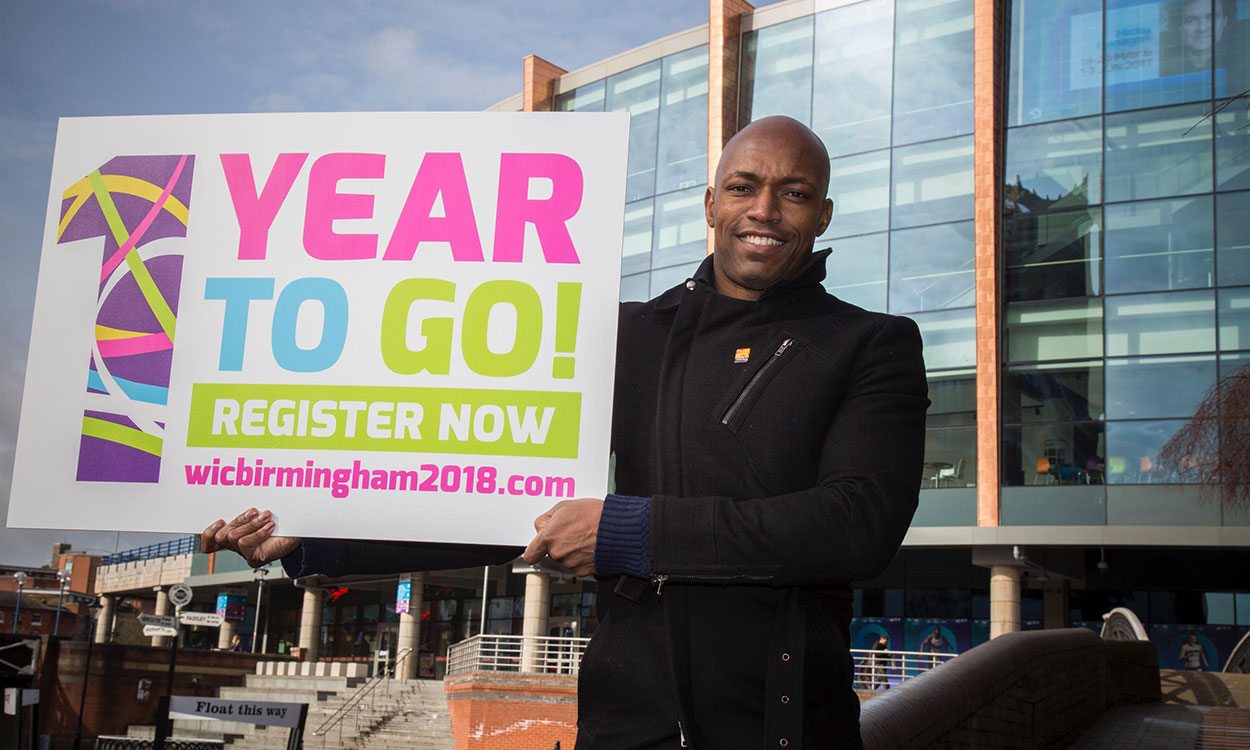 Marlon Devonish has shared his golden memories of the IAAF World Indoor Championships as he returned to Birmingham to mark one year to go until the event heads back to the city.

The event will see more than 400 athletes from 150 countries descend on Birmingham and with another major championships being held on UK soil, the British athletes participating will be looking to make the most of the home advantage. That’s something which the GB team capitalised on back in 2003 when the championships were last held in Birmingham, with the host nation winning seven medals.

One of those medals was won by former sprinter Devonish, who claimed gold in the men’s 200m 14 years ago, and the 2004 Olympic relay medallist returned to Arena Birmingham on Wednesday to help mark the 12-month countdown.

Explaining what it meant to him to gain his 2003 gold, he said: “To win a world championship gold medal in Birmingham was something very special.

“The crowd that day were amazing and I’m sure that fantastic atmosphere will be replicated next March, when the IAAF World Indoor Championships returns to the city.

“Winning a medal in a major championships, in front of a home crowd, is every athlete’s dream and I’m sure there will be plenty of British athletes hoping to achieve that dream next March.”

Registration for the event, which is set to be staged from March 1-4, was launched at last month’s Müller Indoor Grand Prix and since then thousands of fans have signed up at www.wicbirmingham2018.com. As well as receiving regular news and information about the Championships, those that register will be given priority when it comes to buying tickets.

Joan Durose, championships director for the event, said: “We know the next year will go very quickly so we are already working extremely hard to ensure we put everything in place to host the best possible championships.

“We’ll be launching tickets in just a few weeks’ time, so I urge everyone to register now, so that they don’t miss out on what is sure to be a wonderful sporting occasion in Birmingham.”

Niels De Vos, chief executive of British Athletics, said: “With one year to go until the IAAF World Indoor Championships we’ve made some excellent progress and we are looking forward to welcoming the world to Birmingham once again.

“The Müller Indoor Grand Prix last month showed what a spectacular setting the city is for indoor athletics and I’m sure the championships will be a huge success.”