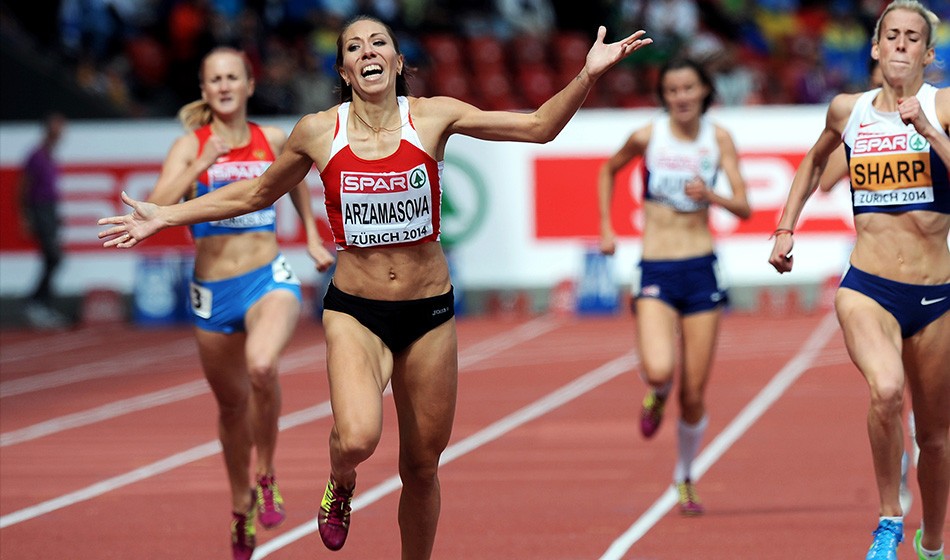 Belarusian middle-distance runner Marina Arzamasova has been provisionally suspended after testing positive for a banned substance, the Athletics Integrity Unit (AIU) has announced.

Arzamasova won the world 800m title in Beijing in 2015 and European gold the year before (pictured), finishing ahead of Britain’s Lynsey Sharp in Zurich.

The AIU states that one of Arzamasova’s samples showed the presence of ‘LGD-4033’, which, according to ScienceScape, is “mostly known for its muscle mass increasing properties that actually don’t come with the common steroidal side effects”.

The AIU confirms a Provisional Suspension against Belarusian middle-distance runner Marina Arzamasova for a violation of the @iaaforg Anti-Doping Rules.
Find out more ➡ https://t.co/opInfkVlnV#CleanSport #AIUNews pic.twitter.com/rAa56D1tDX

The status of the case is that notice of the allegation has been issued.

“The AIU confirms a Provisional Suspension against Belarusian middle-distance runner Marina Arzamasova for a violation of the IAAF Anti-Doping Rules,” reads a tweet from the Athletics Integrity Unit.