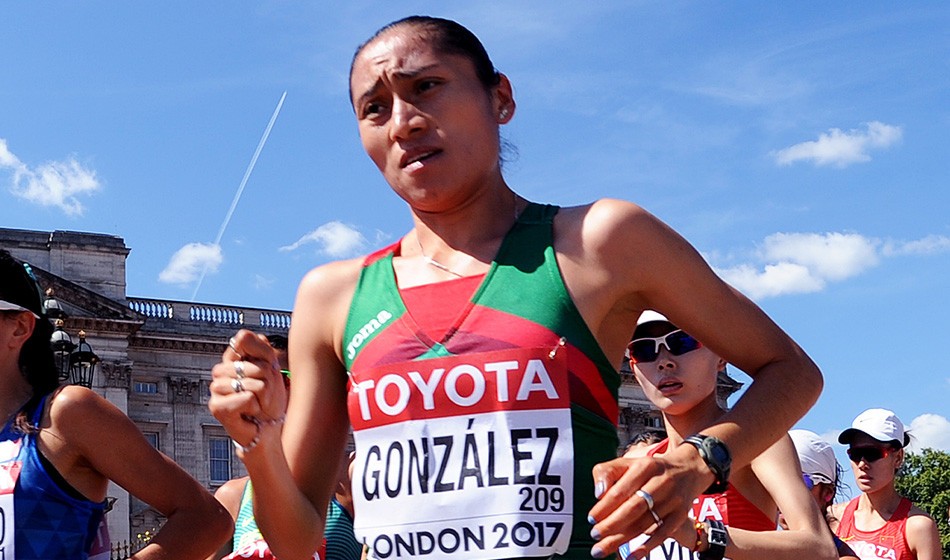 Gonzalez claimed the silver medal in the 20km race walk at the Rio 2016 Olympic Games and then also secured silver at the London World Championships a year later.

Her four-year ban began on November 16, 2018, and she has also had her results from October 17 to November 16 of last year disqualified.

According to the AIU decision document, Gonzalez stated that “the only explanation for the Adverse Analytical Finding (“AAF”) was her consumption of contaminated meat”, with the athlete saying she had been advised by a doctor to increase her intake of green vegetables and meat after being diagnosed with ferropenic anaemia.

The decision document added: “In short, she explained that trenbolone is not prohibited for use or consumption on animals destined for slaughter in Mexico, but that it is authorised for use in livestock feedlotting by the Department of Agriculture, Livestock, Rural Development and Food (“SAGARPA”). The Athlete included in her letter a list of current pharmaceutical chemicals and identified three products permitted for use in cattle (IMPLEMAX, IMPLEMAX-H and IMPLIX-M) and, with reference to a list of pharmaceutical products with group registration one produced evidence that these products included trenbolone as an active ingredient. She also requested the analysis of the B sample.

Among the points in the AIU argument was: “The IAAF alleges that the evidence produced by the Athlete, i.e. information that trenbolone is used legitimately in meat production in Mexico (without producing any evidence of meat contamination with trenbolone in the country) and uncorroborated evidence that she ingested unspecified amounts of beef on 14 October 2018 and 15 October 2018, is not sufficient on the balance of probability.

“… In addition, the IAAF instructed Pentad Security to carry out an investigation to verify the veracity of the Athlete’s explanations. That investigation concluded that some documents had been forged and the Athlete’s explanations are moulded around those forged documents. The Pentad Report considers the hospital report submitted by the Athlete to have been forged if one takes into account the incorrect data included in the report, such as the doctor’s name or telephone number, and the fact that “diagnosis of ferropenic microcytic hypochromic anaemia is not supported by the [Hospital Report] and is not compatible with the hematological values in the [ABP]”, as concluded by Professor D’Onofrio.”

The decision document added in part: “…the Athlete has not established on a balance of probabilities that the ADR was not intentional.”

The full AIU decision document can be found here.

Gonzalez has the right to appeal the decision at the Court of Arbitration for Sport.

Meanwhile, the AIU also handed a four-year doping ban to Nigeria’s Glory Onome Nathaniel and she looks set to be stripped of her 400m hurdles gold medal from the 2018 African Championships.

More on that AIU decision can be found here. Nathaniel also has the right to appeal the decision.

The Athletics Integrity Unit has issued a decision against Nigerian hurdler Glory Onome Nathaniel for a violation of the @iaaforg Anti-Doping Rules. #CleanSport #AIUNews
Find out more ➡ https://t.co/cBkQOqSHT4 pic.twitter.com/y32DEQa9HR

On Friday, the International Olympic Committee (IOC) announced that Ineta Radevica had been sanctioned for failing an anti-doping test at the London 2012 Games.

In a statement, the IOC said: “Ineta Radevica, 37, of Latvia, competing in the Women’s Long Jump event (Qualifications and Finals) in which she ranked 4th, has been disqualified from the Olympic Games London 2012.

“Re-analysis of Radevica’s samples from London 2012 resulted in a positive test for the prohibited substance Oxandrolone.”