Luke Traynor targets treble for GB on the country 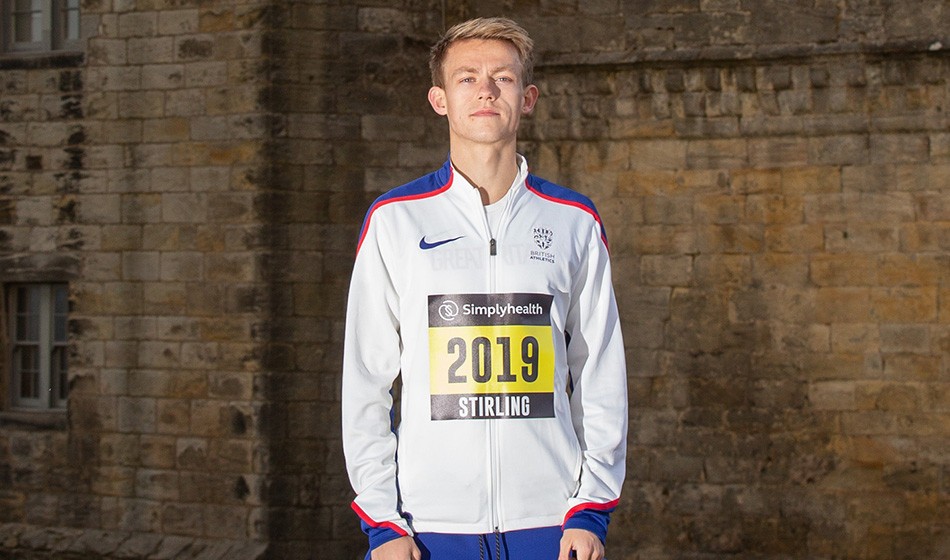 Luke Traynor is targeting his first full cross-country season as he looks to make an impact for GB and also set himself up for a marathon debut next autumn.

The 25-year-old has been in fine form on the roads this year, with his 28:31 10km and 61:57 half-marathon PBs ranking him third on both Scottish all-time lists.

He made his senior debut for Great Britain at the IAAF World Half Marathon Championships in Valencia in March, where he placed 38th overall and second Brit, and now hopes to pull on the GB vest three more times over the winter.

“I want to focus on competing well in a Great Britain vest this cross-country season,” explains Traynor, who ran for GB as an under-23 at the 2015 Euro Cross and a junior at the 2012 edition.

“This is going to be my first big cross-country season so I want to do a full season and take in the Europeans and the World Cross.

“The fact that next year is a World Cross Country year and that it’s fairly local over in Denmark, that’s a big reason for choosing to do the full season. The other thing for me is that I’ll probably look to train for a marathon starting in the summer, so it fits to really focus on cross-country and then take a bit of time off and then build back up to the marathon build for the rest of the year.”

After being based in the US and a spell at Tulsa University, Traynor has now settled back in Scotland where he is working with Robert Hawkins – father and coach of Callum and Derek – as he works toward his debut over 26.2 miles, which will probably happen in Frankfurt in a year’s time.

“My reason behind that was to work with the best marathon coach possible,” says the Glasgow City athlete on his training set-up switch. “I am committing to this marathon build. Everything is going brilliantly so far.”

Cross-country forms a big part of his preparations and Traynor believes there’s great benefit to getting stuck in on the mud.

“I think doing a full cross-country season is huge in terms of putting down a strong enough base to carry you through track season and then back into the roads at the end of the year,” he says. “It creates such a strong endurance base that you can’t really get from doing an indoor season or just focusing on winter training alone.

“You get athletes like Laura Muir and Callum Hawkins that will do some form of cross-country season and it sort of emphasises to everybody else that cross-country is super important, it’s all about building a really strong base for the rest of the year.”

Traynor would like to see the prestige of the discipline’s global showpiece receive recognition, too, by way of GB sending senior squads to the next edition.

Ahead of the 2017 World Cross, British Athletics made the decision to hold an official trial just for junior team places, with senior athletes earning selection only if they were considered capable of finishing in the top 30 at either that edition or in future years, or where there was considered potential to win a team medal.

A four-strong senior women’s team was sent to Kampala but at the time British Athletics said that many of the senior men in contention for team places had declined the opportunity.

While the GB selection policy for next year’s World Cross is still yet to be released, AW understands that the UK Inter-Counties Championships in Loughborough on March 9 will again incorporate the official trial for primarily the under-20 teams.

“I wish the powers that be, as it were, were more clear and transparent with their stance on the senior team,” Traynor says. “I know they have committed to the junior teams but I personally feel that they should be committing to sending a senior team to the World Cross Country, whether it’s their A team or whether it isn’t their A team. I don’t think it sends out a great message to the younger athletes and athletes like myself and others that are coming through and wanting to commit to cross-country.

“I think it’s so important for everybody else that is a fan of cross-country – it is a sport in itself – to see that there’s a Great Britain team going to the pinnacle of cross-country. All you can do is run as well as possible in the races leading up to it and hope for the powers that be to sort of see sense and send a team to the event.”

The races Traynor is targeting in the lead-up include the Scottish National, as well as the international Great XCountry, which moves to Stirling after being held in Edinburgh for more than a decade and will take place alongside the new mass-participation Simplyhealth Great Stirling Castle Run.

“Going through the age-groups (when the event was held in Edinburgh), it was always super cool – we could run our junior races in the morning and then everybody would hang about, sometimes for hours and sometimes in terrible weather, to see the elite athletes,” Traynor remembers.

“It’s a bit more of a relaxed elite race so athletes were always a bit more friendly and willing to take pictures with the junior athletes. It was always one that as a junior runner you always aspired to compete in the elite event at some point in the future.

“I’m glad that this elite cross-country event has stayed in Scotland. It’s great for Scottish running.”