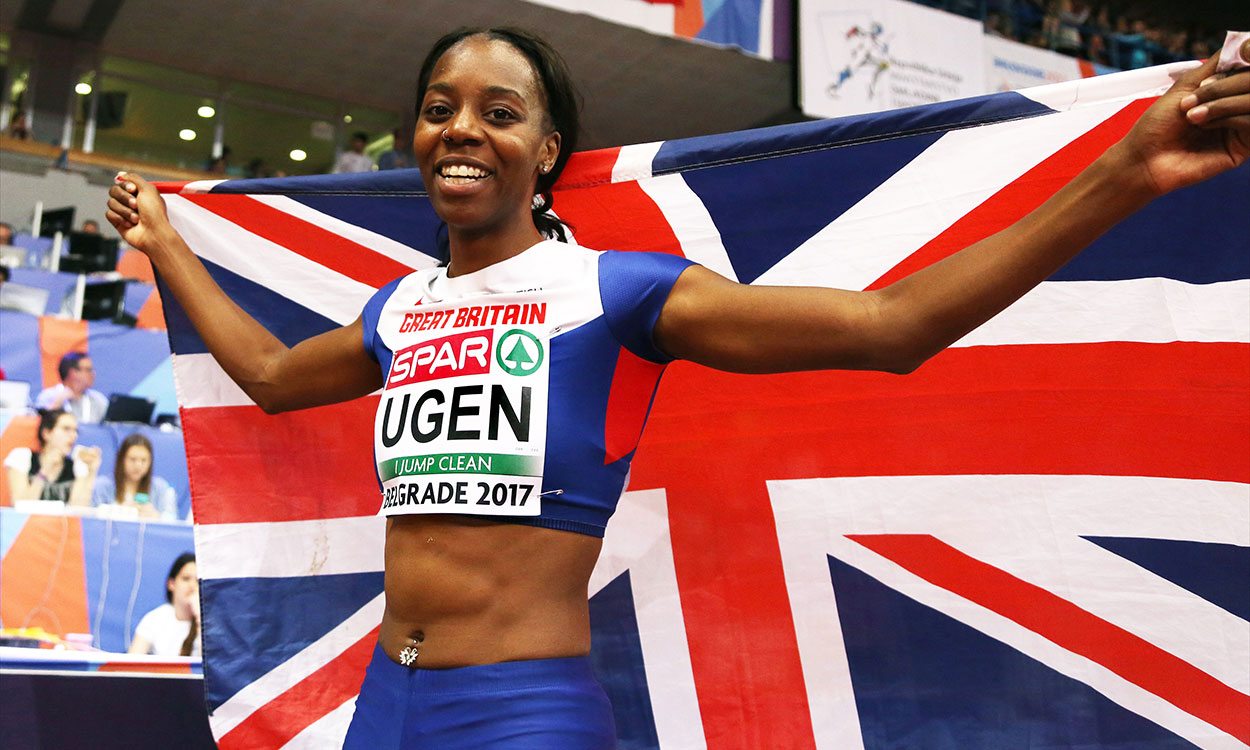 Lorraine Ugen insists her aim for the Gold Coast Commonwealth Games has not changed despite the injury blow which has caused her to end her indoor season.

A hamstring tear sustained at the IAAF World Indoor Tour meeting in Karlsruhe at the beginning of the month means the 26-year-old can’t aspire to repeat her 2016 and 2017 levels of indoors success, which included world and European long jump medals, an overall World Indoor Tour series win and a British indoor record leap of 6.97m. Instead, her focus is now on rehabbing right to make sure she is in the best possible shape for Australia in April.

“I love indoors so I was looking forward to it but these things happen and at least it was kinda early so there’s still time to rehab, get back and be ready by the time outdoors is here,” the Team England athlete says.

“I was looking forward to the Commonwealths anyway and I’ve never been to Australia before so it will be really interesting to go over there and compete and have an event that is still quite close [to aim for].

“There’s no point rushing back for indoors and not being in the best shape,” she adds. “It’s better to build on getting ready for outdoors and being not just ready, but in shape.”

On her ambitions, the Glasgow 2014 Commonwealth Games fifth-placer says: “I’m still going out there to medal. If I wasn’t going out there with an aim of getting a medal then there would be no point, really.

“Looking back on the last Commonwealth Games, I was more trying to make the team and stuff like that but now it’s definitely that I’m going out there to try and medal, regardless of injury. I’m sure I’ll be on track by then and ready to go.”

Ugen plans to remain in London until March, when she’ll travel back out to Texas to work with her coach, Shawn Jackson, before heading to the Gold Coast Games.

“I feel like the mind is a very strong thing so you have to keep positive,” explains the Thames Valley athlete. “It’s unfortunate but it’s not the first time I’ve had an injury and come back. The first time that I won the NCAA I tore my patellar tendon in that same season.

“I’m still going to go out there with that same ambition.”