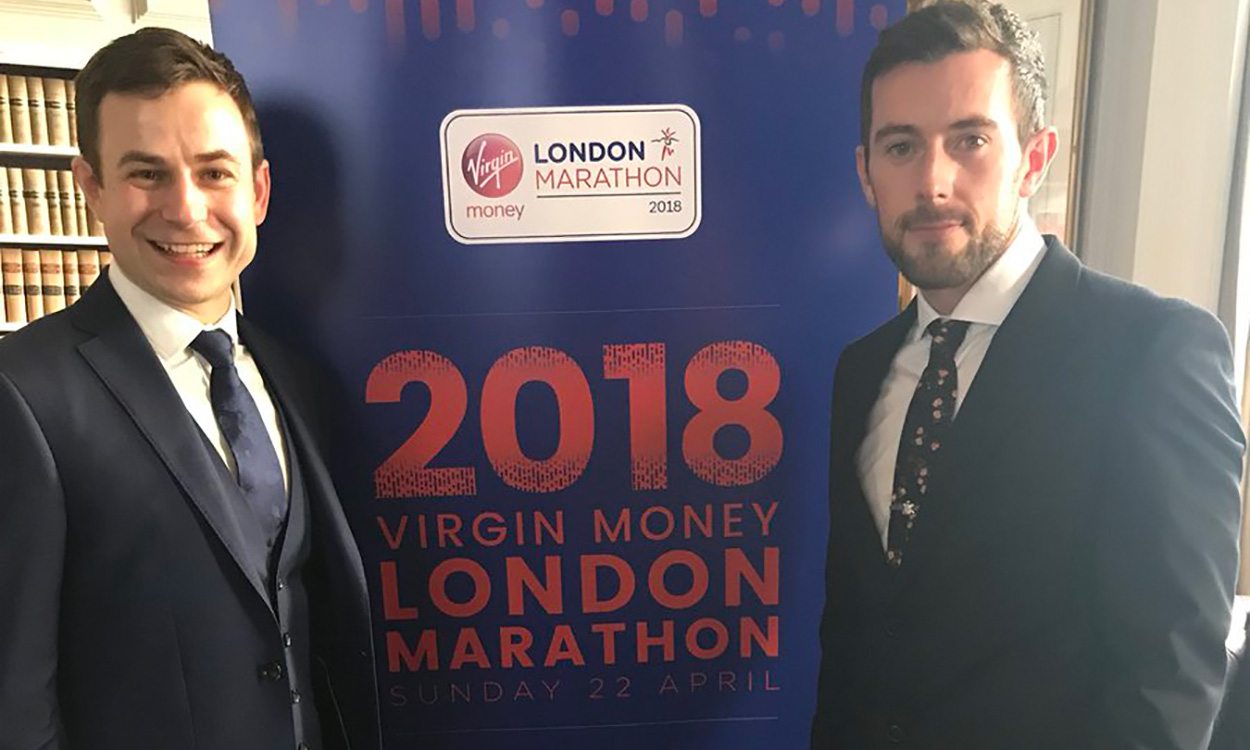 The 2018 Virgin Money London Marathon is to celebrate the unique spirit of the event by showcasing the extraordinary stories of its runners, champions, volunteers, supporters and spectators through a new “Spirit of London” campaign.

Launching the campaign at an event in the UK capital on Friday, London Marathon director Hugh Brasher announced that Matthew Rees and David Wyeth had been selected as the first two winners of the Spirit of London award.

The Spirit of London theme was inspired by the moment in the 2017 race when Rees stopped on The Mall to help an exhausted Wyeth to finish. The moment was captured on BBC TV cameras and the footage went viral.

“These things happen throughout the London Marathon, so it will be great for other people to receive the award for what they do – the money they raise for charity or for helping someone out, so it’s a great award to have been started.”

Wyeth, of Chorlton Runners, added: “What I love about the spirit of London is that it can mean so many different things to so many people.

“I’m really proud to be part of such a supportive running community. The fact that we’re both competitive club runners and that we’re being recognised in this way, I think this is on behalf of them – all those club runners up and down the country who fight to get that place at the London Marathon, it’s a pinnacle of most people’s running careers to appear here. So very flattered, but I think we kind of accept that (the award) on behalf of everyone who has ever put themselves on the line to achieve something that they wanted to achieve.” 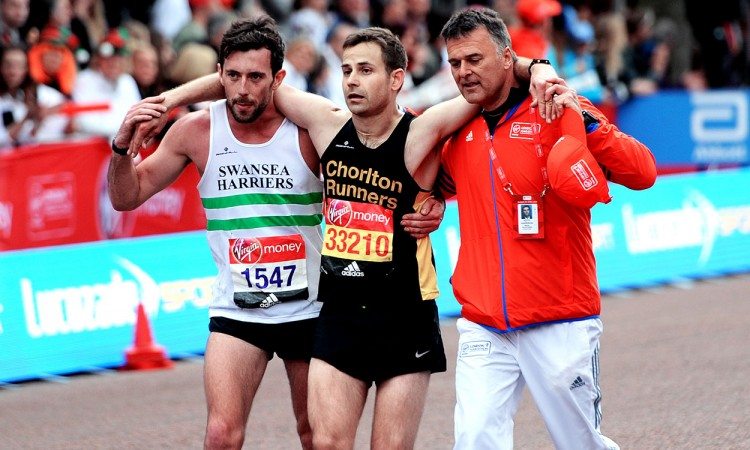 The new award will see up to 26 runners each year presented with a special commemorative coin at an awards ceremony in May.

The coin shows Dick Beardsley and Inge Simonsen, the joint winners of the first London Marathon who crossed the finish line hand in hand, and is engraved with the words: ‘To have fun and provide some happiness and a sense of achievement in a troubled world’.

“On race day last year, millions of people around the world were moved by the sight of Swansea Harrier Matt Rees helping David Wyeth down The Mall to the finish line. For us, that moment encapsulated the unique spirit of the London Marathon and inspired our theme for 2018,” said Brasher.

“Running the Virgin Money London Marathon is described by so many as a life-changing experience with extraordinary camaraderie among the runners, volunteers, spectators and everyone involved in the world’s greatest marathon. Our Spirit of London campaign will unite everyone running on Sunday 22 April and the greater London Marathon family of more than one million finishers – and it also has a wider connection with the response of Londoners to troubled times.

“Sport has an extraordinary power to unify people. One of the London Marathon’s founding pillars, created by my father Chris and John Disley, is to have fun and provide some happiness and a sense of achievement in a troubled world. We have seen how the London Marathon does this every year since 1981.

“In the last 12 months London’s values have come under attack from people trying to destroy our way of life, our freedom. Never have the words of our founders rung truer. In 2018 we particularly welcome PC Charlie Guenigault, the teams of Grenfell firefighters and the Stephen Lawrence Charitable Trust runners who are taking part in this year’s event.

“The unity and camaraderie that running a marathon can bring was embodied by our inaugural winners Dick Beardsley and Inge Simonsen, who crossed the line hand in hand after duelling it out for 26.2 miles. Matt and David carried on that spirit and we know that on 22 April hundreds of thousands of of Londoners will be out on the streets of the capital to celebrate the Spirit of London.”

Sunday April 22 is the 25th anniversary of the murder of Stephen Lawrence. A keen runner, he had taken part in the Mini Marathon in 1988. His mother, Baroness Lawrence, is the non-running captain of a team of 10 runners who will be raising funds for the Stephen Lawrence Charitable Trust this year.

Guenigault is the off-duty police officer who was seriously injured when he went to help victims in the London Bridge attack. This year he will be running to raise funds for Kings College Hospital Charity, the hospital that saved his life

Meanwhile, two teams of nine firefighters – one from Paddington and one from North Kensington fire stations – who were among the first responders to the Grenfell Tower fire, are running to raise money for Grenfell associated causes.

Brasher added: “Every year since 1981 we have marvelled at the incredible stories of our runners and the way they have triumphed over adversity, raised extraordinary sums for charity and personified what makes the London Marathon unique. Behind every runner is a story and a support network and thousands of people work so hard to deliver the event. We have volunteers who have been with us since 1981 doing everything from sorting registration packs to manning drinks stations. These people live the Spirit of London and the new award provides the opportunity to celebrate that.”