Liz McColgan and Zola Budd return to run in Scotland 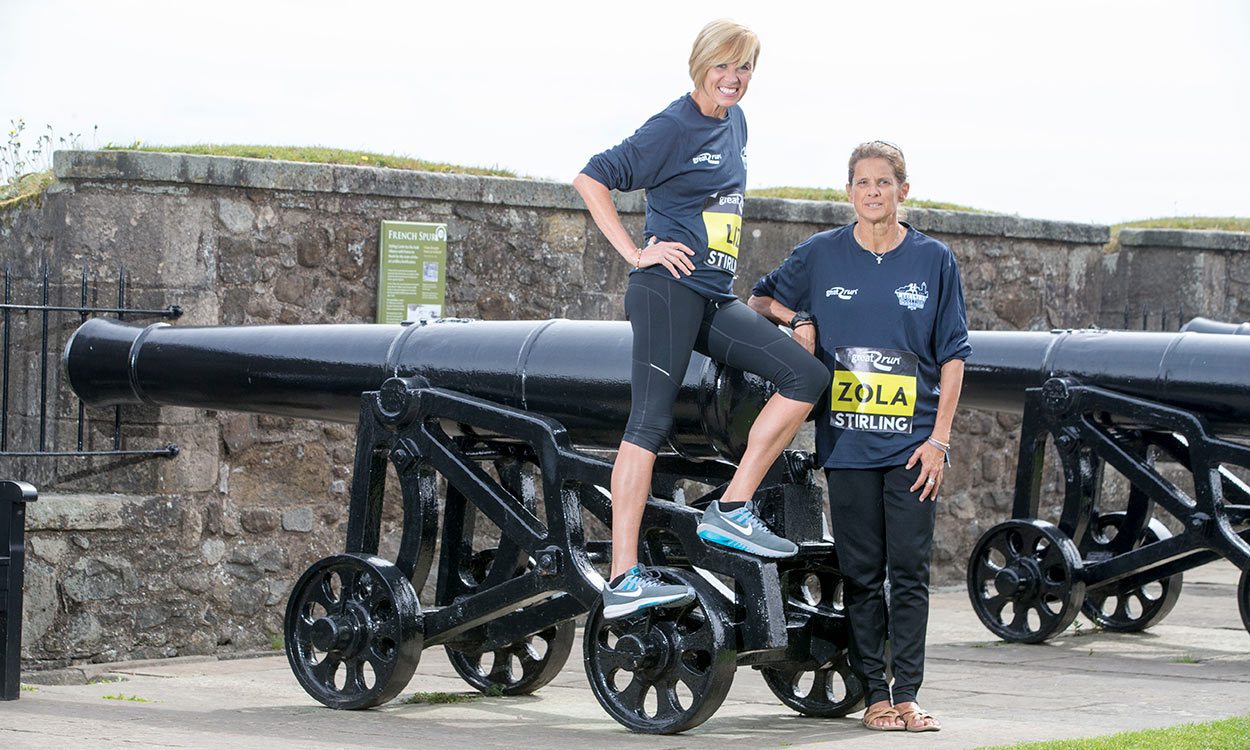 The last time Zola Budd raced in Scotland, at Edinburgh’s Meadowbank Stadium in 1985, she did so amidst a backdrop of controversy and anti-apartheid protestors who saw her as the focal point of a political storm. There was a TV blackout of that meeting due to the messages being displayed in the stands, while people from the crowd also got on to the track and attempted to disrupt her race.

Her experience of running on Scottish soil should be somewhat different this time around, however. The two-time Olympian and former 5000m world record-holder, now 50 and who prefers to go by her married surname of Pieterse, is back and, on this occasion, she will be tackling the inaugural Stirling Scottish Marathon.

It’s perhaps fitting that, for a place renowned for its castles and rich history involving king and queens, that a great deal of running royalty has arrived in town.

Pieterse will be joined on the start line of the picturesque route by Liz McColgan-Nuttall, 1991 world 10,000m champion, double Commonwealth champion and winner of the London, New York and Tokyo marathons.

Among the participants of the Great Stirling 5km, which will be taking place at the same time as the marathon, will be one Rosa Mota – a former Olympic, world and three-time European marathon champion.

It’s a tanned, relaxed and content-looking Pieterse who has flown in from her home in South Carolina, a far cry from 32 years ago.

“It was tough,” says Pieterse, born in South Africa but controversially fast-tracked to run for Britain. “Because by the time you got to the actual race, you were so exhausted from trying to fight off all the politics. Just getting to the race and being involved, it was exhausting. I don’t think people realised how tough it was.

“They did come on the track at Meadowbank. It was scary stuff. Today there would be security people on the track but, then, there weren’t that many. There were two guys there. The police got one but the other lay flat on the inside off the rail and Yvonne (Britain’s Yvonne Murray) and I had to go around him. It was a mile but I almost did the steeple.”

She adds: “I think if I had just been able to be a normal athlete and not the political scapegoat I was made out to be, it would have been so much easier. I’d have liked to have been seen as a runner rather than an easy target.

“I see sport as that sacred area where people can come together. At that time, to be blamed for everything that was wrong in South Africa was very unfair.

“Running is a very spiritual experience, so a lot of things were robbed from me at that stage. I had kids and, when they were 18, I realised by that age, I’d been around the world. In South Africa at that time, I was very isolated and I realise I was very naïve.”

McColgan-Nuttall remembers seeing it all play out before her and, looking back, has a great deal of sympathy for her former team-mate.

“What annoyed me was the people around her,” says the Scot. “They used to shuffle her around. The circus surrounding it annoyed people rather than just letting her get on with it. I thought it was really unfair at the time. I shared a room with her a few times and I remember the circus.

“Her minders didn’t have a clue what they were doing either. It was child abuse, in a way. She was a teenager, she didn’t know anybody. All of sudden, she is in a foreign country and people were not happy she was here. It was an awful lot for anybody to deal with.”

Fast forward from a darker past to a far happier present, though, and both McColgan-Nuttall and Pieterse were enjoying each other’s company as they looked out over the impressive landscape which sprawls out from Stirling Castle, in the shadow of which the marathon runners will finish.

The Scottish presence in the field will be further boosted by Andrew Lemoncello, himself an Olympian and a man aiming, in some small part at least, to get over the disappointment of failing to land a place in the British marathon team for this summer’s IAAF World Championships.

With athletes from north of the border reaching prominence across a number of events of late, McColgan-Nuttall, who was born in Dundee but now lives in Doha, is delighted to be home – and to see the starting pistol being fired on a marathon which will involve 6500 runners.

“Scotland was where it all started for me,” she says. “I wouldn’t have been anything without what I had here. I used races here when I was younger and I was very fortunate that a lot of the guys I was running against would come out and really push me and help me.

“I did a half-marathon in Dundee in 68 minutes because I didn’t want to go abroad. But there isn’t that quality of racing any more. Before London I used to do the five-miler in Fife and get an Easter egg at the finish. It worked into my plans and I was fortunate to have those races on my doorstep.

“We have great talent in Scotland. If we could use all the athletes coming through, you never know where the next generation is coming from.

“Scotland has a lot to offer and I think we deserve to have events as good as they have in Birmingham, Manchester, London, wherever. We can put on as good a show as anyone in the world. For me it was important to get this calibre of event up and running again.”

» AW’s Euan Crumley will also be among those running Sunday’s Stirling Scottish Marathon. You can read a pre-marathon blog post from him here