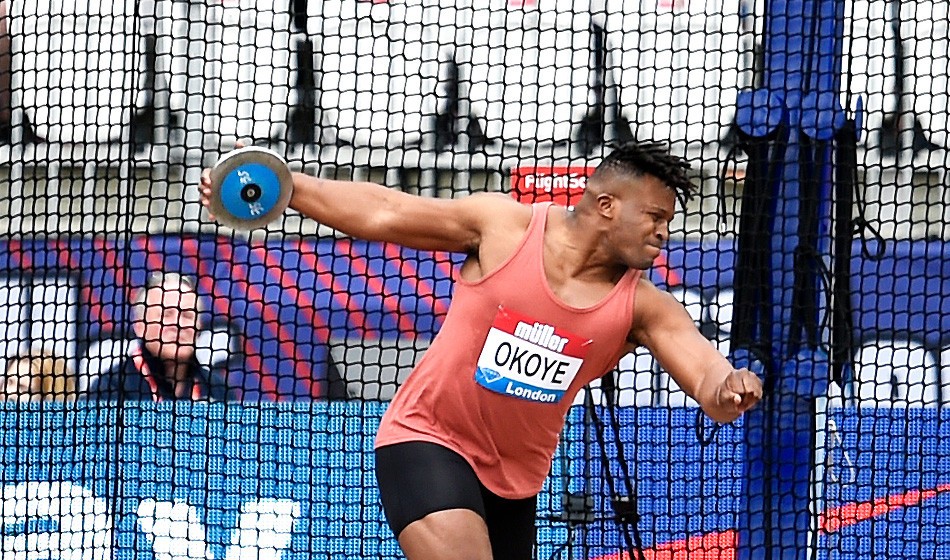 Seven years ago Lawrence Okoye was one of the top young talents in British athletics. The giant discus thrower from Croydon Harriers set a British record of 68.24m, featured on the cover of AW a couple of times and placed 12th in the Olympic final in London.

Aged 20, he was the youngest finalist in the discus final at London 2012 by four years and had an offer to study law at Oxford University, but he suddenly and dramatically quit athletics – and England – to try his hand at grid iron in the NFL in the United States.

Okoye signed for the San Francisco 49ers but his American Football career never really took off as he did not make their team and moved to the Arizona Cardinals, Dallas Cowboys, Miami Dolphins and other clubs without ever making his mark.

Then, earlier this year, he received negative headlines after being arrested for being part of a prostitution sting in Alabama, although the details of the case are vague and Okoye was reluctant to give details when he made a surprise return to the discus circle – and the London Stadium – on Sunday for the Müller Anniversary Games.

Okoye threw 60.80m to place ninth – one place ahead of current British No.1 Greg Thompson – but eight metres short of his British record and also the mark of the winner, Daniel Ståhl of Sweden, who threw 68.56m.

Okoye looked slightly bemused by the media interest in his comeback on Sunday and was more curt and tight-lipped than the chatty, articulate thrower that left Britain in 2013. But he has not lost his polite personality and answered a handful of questions on his return, saying: “I’m just having some fun. I’m taking it day by day. Right now I’m just recovering from an injury so wanted to pick up a discus and see how it goes.” 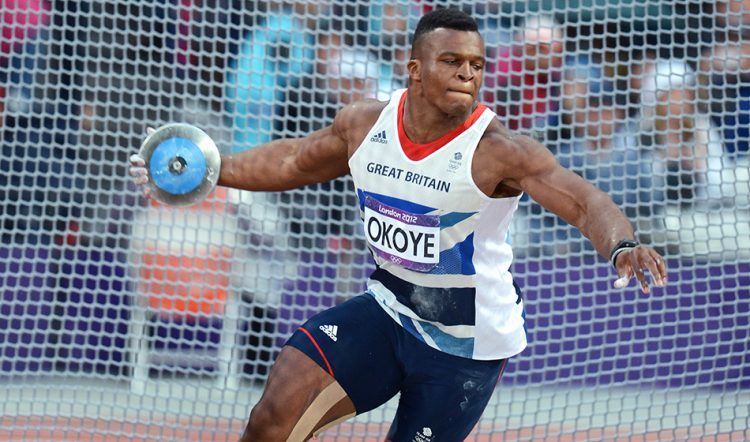 Okoye, who still lives in the United States, says he began practising with a discus again about six to seven weeks ago. “Obviously it’s not long enough to be at my best but I think if I work to come back then I can get back to good throws,” he said, adding that he plans to contact his old coach John Hillier but the geographical factor could now be an issue when it comes to eyes-on coaching.

Can he get back to his best – or even over the 70-metre barrier perhaps? “It’s definitely possible,” he said. “We’ll see how things go. We don’t know how things are going to pan out. This was a nice opportunity to come back into the stadium, though.

“I don’t have to make a decision right now. I’m enjoying being in London and I liked competing here today. I’ll probably come to the British Champs and we’ll look to take it from there.”