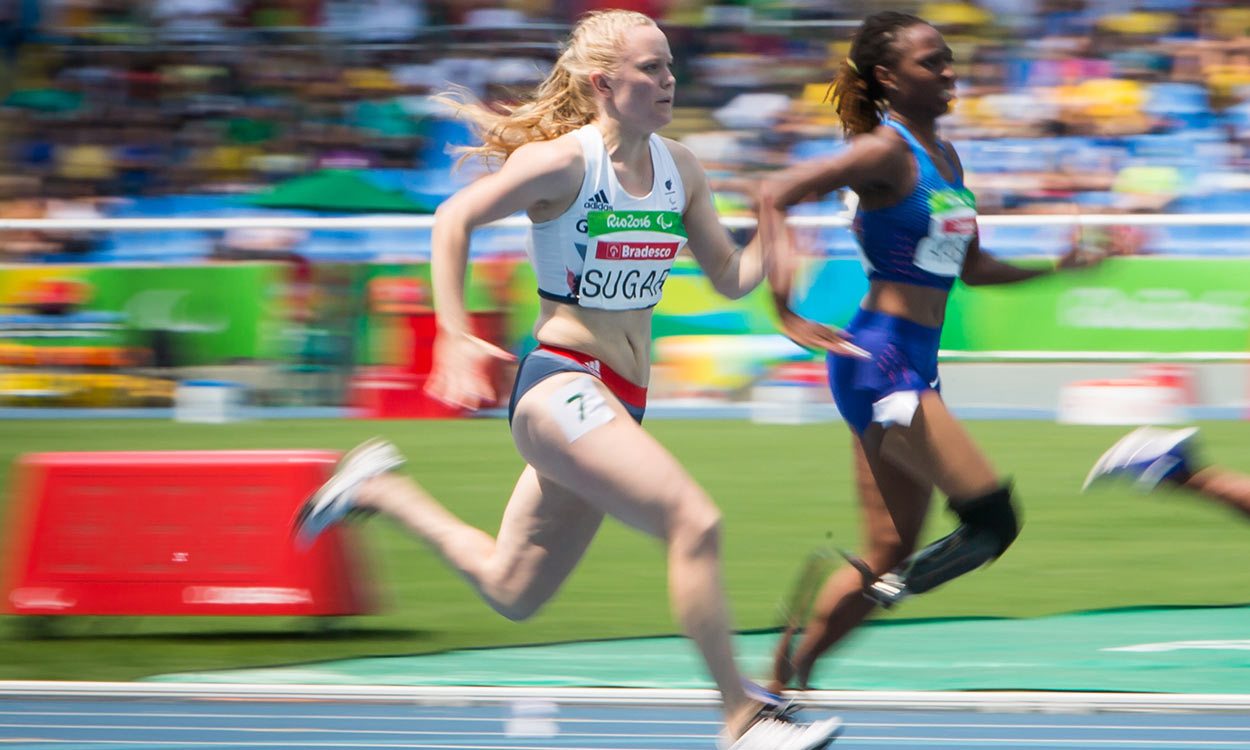 Inspired after seeing multiple Paralympic and world medallist Dan Greaves compete at the London 2012 Paralympic Games, Laura Sugar hopes to be among those securing success when world-class athletics returns to the London Stadium this July.

Sugar was working as a teacher when she watched Greaves competing. Five years later, she’s a four-time European medallist and the British T44 200m record-holder, getting ready for the World Para Athletics Championships in the UK capital. It will be her third world championships, having been co-captain of the GB team two years ago in Doha following her debut in Lyon in 2013.

“I always loved athletics at school but I never knew that my foot condition made me eligible,” says Sugar, who was born with talipes, also known as club foot.

“I was working at a kids camp – we were having a session to watch the athletics at London 2012 and I saw Dan Greaves in the discus. I was like, ‘I’ve got that foot!’ So it was literally by watching London 2012 that I ever found out.”

Sugar’s sporting career didn’t start there, however. The Birchfield sprinter was already an accomplished hockey player, having represented Wales from under-16 level through to senior competition.

After being talent spotted at a ParalympicsGB Sports Fest, she was “chucked in at the deep end” when British Athletics’ Paralympic head coach Paula Dunn selected Sugar for the 2013 world championships.

“It was too good an opportunity to miss, really,” explains the 26-year-old, who finished fourth and fifth in the T44 200m and 100m respectively in France.

Since then she has claimed her four European medals – silver and bronze in 2016 and two bronze medals in 2014. Four years after being inspired by London 2012, Sugar made her Paralympic debut in Rio, where she finished fifth in both the 100m and 200m.

“The first goal was to get to the finals because I knew that would be tough,” Sugar says, reflecting on her Rio experience. “So then to come fifth in both … I ran a PB in both and came above my ranking.

“In the 100m I beat the Frenchwoman Marie-Amélie Le Fur, she was also the reigning champion and I’d never beaten her before, so for me it was great, it went really well.

“Obviously, I was close to a medal so I would have loved a medal but I know it’s a stepping stone and I know that I’m competitive in those races,” adds Sugar, who clocked 13.37 behind Marlou van Rhijn’s winning 13.02 in the 100m and also broke the British record with her 200m time of 28.04 in the heats. “I’ve had a really good winter this year as well so hopefully I can go even faster.”

Sugar started 2017 in fine form and she believes there’s more to come when she’s pushed in world-class competition.

“With people really close to me, I know I can race well and get those extra hundredths out,” Sugar says. “It’s definitely been a positive start and hopefully I can close that gap.”

Now her focus is on her third world championships, one she hopes will be “my best one” after injury dashed the GB team co-captain’s dreams at the 2015 edition of the event.

“I know that 13.1 got a 100m bronze medal in Rio. I definitely want a personal best to start off with but I know I can race,” she says, looking ahead to London. “Job one is to get into those finals and then after that if I race well and I’m competitive, I will run faster and I will run a PB. My aim is to run PBs and to get on the podium.”

She adds: “From watching in London and getting inspired by it to having been lucky enough to compete in the London Stadium a couple of times – the crowd just gives you the extra edge and it feels amazing. I can’t wait.”