Laura Muir will feed off being 1500m favourite 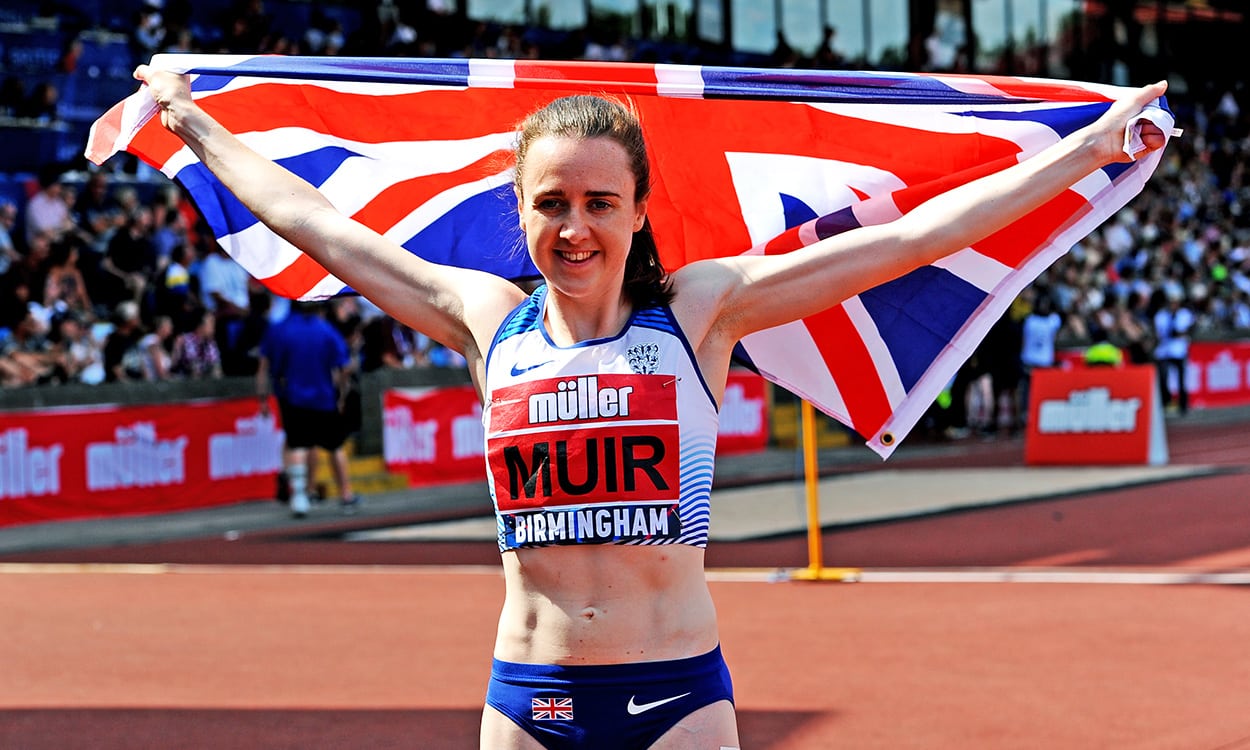 British record-holder feeling fit, confident and relaxed ahead of a tilt at the European title in Berlin

Laura Muir insists she will use the position of being 1500m gold medal favourite as fuel rather than a reason to be fearful at the European Championships in Berlin.

The double European indoor champion is in line to land the first major outdoor honour of a career which has developed hugely since her one previous appearance at the championships, in Zurich four years ago.

Muir, as she says herself, is a “completely different athlete” to the shy 21-year-old who finished sixth in her heat and failed to qualify for the final in 2014.

The British record-holder also maintains she will be competing at full fitness and in rude health, following the Achilles problem and hayfever issues which meant a below-par performance in the mile at the Anniversary Games and also resulted in her aborting plans to attempt an 800m and 1500m double in the German capital.

Treatment and training in St Moritz have helped put things right and, with rival Sifan Hassan opting to concentrate solely on 5000m competition, expectations are high where Muir is concerned.

“I’ve been one of the bunch before but now I feel I’ve been separated from the others a little bit for this event,” she says ahead of starting her European campaign on Friday morning, joined in the British team by Laura Weightman and training partner Jemma Reekie.

“I’m a completely different athlete both physically and mentally – I’ve improved so much in both those areas. I’ve gone from not making the final to hopefully winning the championship. It’s crazy how far you can come in four years but I’m really proud of myself.”

She adds: “I’m a lot more confident than I was before. I wasn’t used to being in the spotlight and having that pressure to do well. I maybe let the pressure get to me a little bit and it’s taken me a few years to learn how to deal with it and perform. I’ve overcome that hurdle now and take it all in my stride and always perform better with that pressure.”

There is a marked difference for Muir at these championships compared to recent years, given that she is concentrating on just one event and also no longer has her veterinary degree to study for.

“It’s really strange,” she says. “I’ve doubled up at the last three champs indoors and outdoors and always  had my studies. One event and that’s it…but it’s nice and it’s exciting. I can just focus on the one thing and put all my effort into one event and see what I can do.”

Given that she came so agonisingly close – seven hundredths of a second – to a world 1500m medal last year, the two-time world indoor medallist admits winning an outdoor honour would mean a great deal.

“That would be great,” she adds. “I’ve proved myself indoors, and outdoors the medals have been stuck on delay. It would be great to come here and medal. Not just medal but win that title. That would be a big confidence booster ahead of (the world championships) next year.”