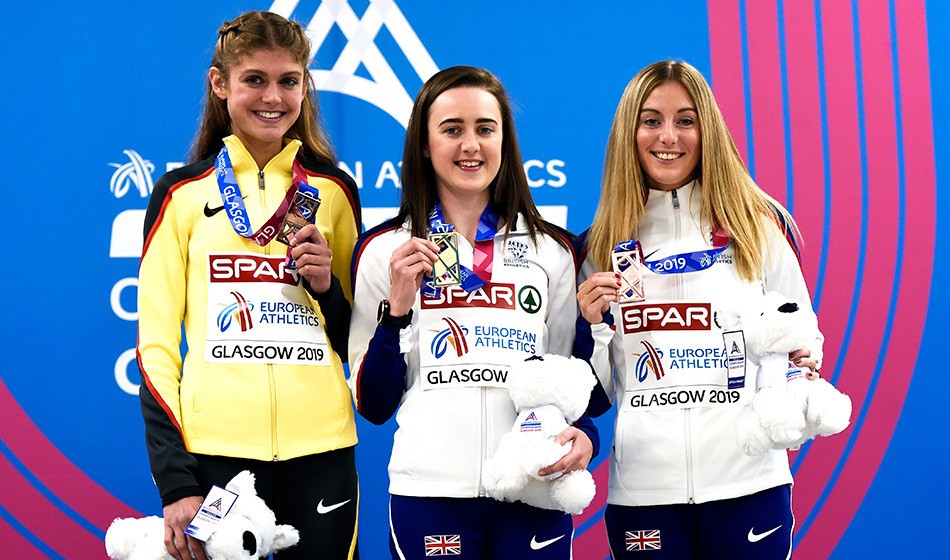 It was the morning after the night before and Laura Muir awoke feeling exactly how she’d hoped she would. Added to the satisfaction of having retained her European indoor 3000m title in remarkable fashion in Glasgow the previous evening was the realisation that her championship record-breaking limbs were not aching. Nothing was sore. Her body had responded in positive fashion to the serious questions which had been asked of it.

There will be more answers to find, of course, given that Sunday evening’s 1500m is now next on the 25-year-old’s to do list as she looks to create a significant piece of history by becoming the first athlete ever to achieve a double-double (successfully defending both of her titles) at these championships.

The very clear desire to do that in her athletic home and in front of an adoring crowd which will once again feature many family and friends, allied to the quiet confidence Muir now exudes, suggests she will have another moment at the top of the podium to enjoy before the weekend is out.

“I want to win the medals but to put the cherry on top of the cake is pretty nice,” she said, her newly acquired 3000m gold medal hanging proudly around her neck. “Getting any medal is fantastic. To get a gold, brilliant. To get two, even better. To be defending champion and do it for the first time ever, that’s very special. If it had been somewhere else then I probably wouldn’t have done it. The timetable wasn’t perfect last night but I managed to do it.

The explosion of noise which accompanied her spectacular change of pace to clock a closing 200m of 28.32 and see off Germany’s Konstanze Klosterhalfen would have spiked the adrenalin levels of most athletes. To mere mortals, such an expenditure of energy would normally bring serious physical repercussions. For the European outdoor 1500m champion and Diamond League winner, it was almost like just another day at her Emirates Arena office.

“I felt good waking up (on Saturday morning) – nothing was sore, nothing was aching so I feel in a good place,” she added. “I’m glad I get another day (to recover) but what you saw on the track last night – I’ve been in that position on that track, in that very spot, multiple, multiple times. That wasn’t really any different from any other training session – we go that hard in training, which is why I can go that hard in races.

“That’s the sort of speed we run at so for me it was ‘this is just like normal’. There were perhaps a few more people in here than normal and a little bit more branding about the place but that’s the standard.

“We’ll just have to wait and see but I’m feeling good, I know I’m in a great place physically. I kind of surprised myself running as fast as I did so I’m looking forward to the (1500m) final.”

Is it possible to explain how such an effort, such a marked acceleration, feels?

“I think if it had been over 400m then it would have bit a bit more,” admitted Muir of her rapid finish. “I left it a bit later so I just had to do one lap as it were but you saw us afterwards – we were all tired.

“I don’t leave anything out there to chance. I very much respect the competition that I had. I knew I was up against it and it was a great field in terms of strength in depth so I ran to that line, I didn’t know where anybody was round about me.”

She adds: “Friday night was probably the most relaxed I’ve ever been at a championships. I dealt with the Euros in Berlin well but I was nervous. But I was so chilled before the 3000m final. I don’t know why. I felt at home, literally.