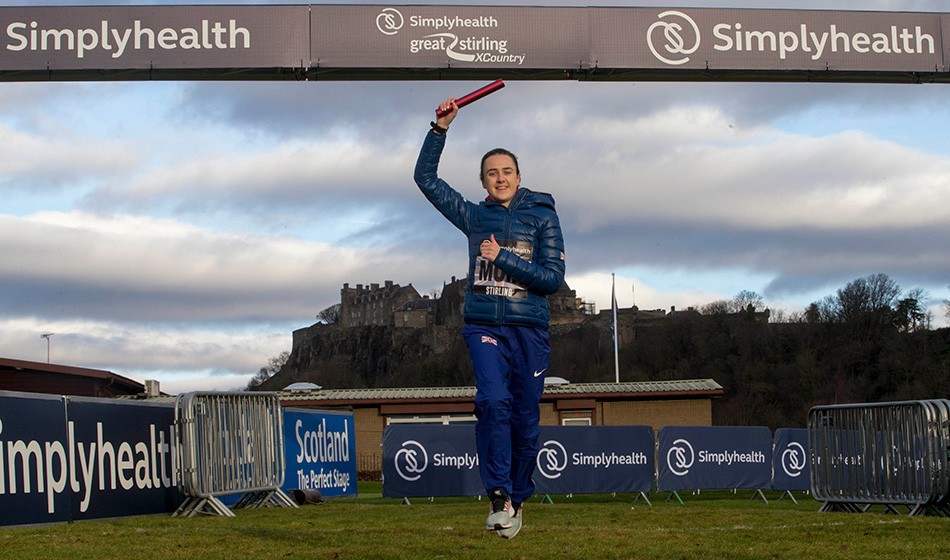 The closest Laura Muir has ever come to meeting Andy Murray was when she found herself sharing a lift with the tennis star at the Rio Olympics. She admits, however, that she was too starstruck at the time to really say anything.

Her modest nature might prevent her from saying so herself, but the 25-year-old could well now be next in the line of succession when it comes to Scottish sporting greats.

Murray, who emotionally announced his imminent retirement from what has been a truly glorious career on Friday, was a popular topic of conversation as athletes began to gather for the Simplyhealth Great Stirling XCountry, which will take place just a short training run away from his home town of Dunblane.

Muir is leading Great Britain’s mixed relay team on Saturday and will be the headline act given her rapidly increasing profile. She finished 2018 as world No.1 over 1500m and European champion, while 2019 holds the targets of European indoor success and what would be the missing piece of her career puzzle so far – an outdoor global medal.

Every year has brought improvement and she admits to having taken inspiration from her fellow countryman’s ascent to the top.

“No matter what he says we are all so proud of him, he has done so much not just for tennis but for Scottish sport,” she says. “He is a huge idol for a lot of people, he is one of the figureheads for Scottish sport now and I am sure he still will be.

“I’d always watch Wimbledon and I saw him at the Davis Cup in Glasgow a few years ago when he was playing. I watched him at the London Olympics and he was in Rio, too. I shared a lift with him once over there but I was still a bit starstruck at that point. He was a lot taller than I thought he was!”

Best way to feel better after a tough day is a big cuddle from your mum 🙂 Genuinely been very touched by all of the messages and support from everybody today… It means a lot and has made me feel much more positive than when I woke this morning💪Thank you so much. ❤️

There are undoubted parallels to be drawn between Murray and Muir. While her equivalent of grand slam championships success has as yet been elusive, both have demonstrated a remarkable work ethic and desire to squeeze out every last drop of their talent.

Muir is working at the very sharp end of world class sport, so could she see herself taking over from Murray as one of Scotland’s greatest exports?

“If Andy would give me the baton, I would gratefully accept it,” she laughs. “No, Andy has been and done a lot of big, special things, so I think he keeps his crown for the time being, whether he is competing or not. He has done so much for the sport and he will continue to do that. But hopefully the rest of us can take what he has done and try to continue that momentum for the rest of sport in Scotland.”

She adds: “I think we have a lot of common roots with certain things. He was No.1 and now I am world No.1, so it is nice. Hopefully we can keep getting more world No.1s coming through.”

The hip problems which have bedevilled Murray are a sharp reminder that sporting careers can be all too short and that injury does not discriminate about when it will strike.

“I’ve been relatively lucky with injury, I’ve had little things here or there, but nothing which has disrupted me a huge amount,” says Muir. “I can completely sympathise with where he is at. I have never had a huge injury where it is always ‘what if this happens or that happens’. It is a shame it is on those terms and not his own terms, for any sports person that must be the worst thing that can happen.

“I guess people think as a professional athlete you can be 100% for time. Seeing something like that with Andy definitely does make you think not to take anything for granted, just to be able to run pain-free every day. It puts in perspective and tells you to appreciate what you have got.”

Muir’s next to chance to demonstrate her skills will come on the rolling course at Stirling, where she will be looking for a fourth consecutive relay victory at this international match which previously resided in Edinburgh’s Holyrood Park.

“I am really looking forward to it,” she adds. “The course looks quite interesting. The start and the finish are really hilly which I think will make it really good fun. It is nice to have a different course and I am excited to race over some different terrain and in front of a home crowd.

“Initially it is a short downhill then quite a sharp uphill, then a flat middle kilometre or so and quite a steep hill away on the way back up. With cross country it is nice to have a little bit of hills and stuff. It is a nice mix of flat ground and hilly ground.”

We caught up with @lauramuiruns ahead of tomorrow’s @SimplyhealthUK Great Stirling XCountry where she will be seeking yet another mixed relay victory. “No pressure!” Event preview ➡️ https://t.co/ArJbw6D8TN @Great_Run @scotathletics pic.twitter.com/gVSxlE3PVQ

Britain will be up against strong teams from Europe, USA and Scotland and Muir adds: “This is probably the closest it will have been in the times I have run this. It will be tough.”

With the bigger 2019 picture in mind, she will then jet out to South Africa for a stint of altitude training before a return to Britain next month for the indoor season which, all being well, will culminate in the successful defence of either her 1500m or 3000m title in Glasgow.

Another gold medal would continue that run towards the hall of fame.

» Click here for our preview to the Simplyhealth Great Stirling XCountry

» Read Laura Muir’s reflections on a 2018 to remember here