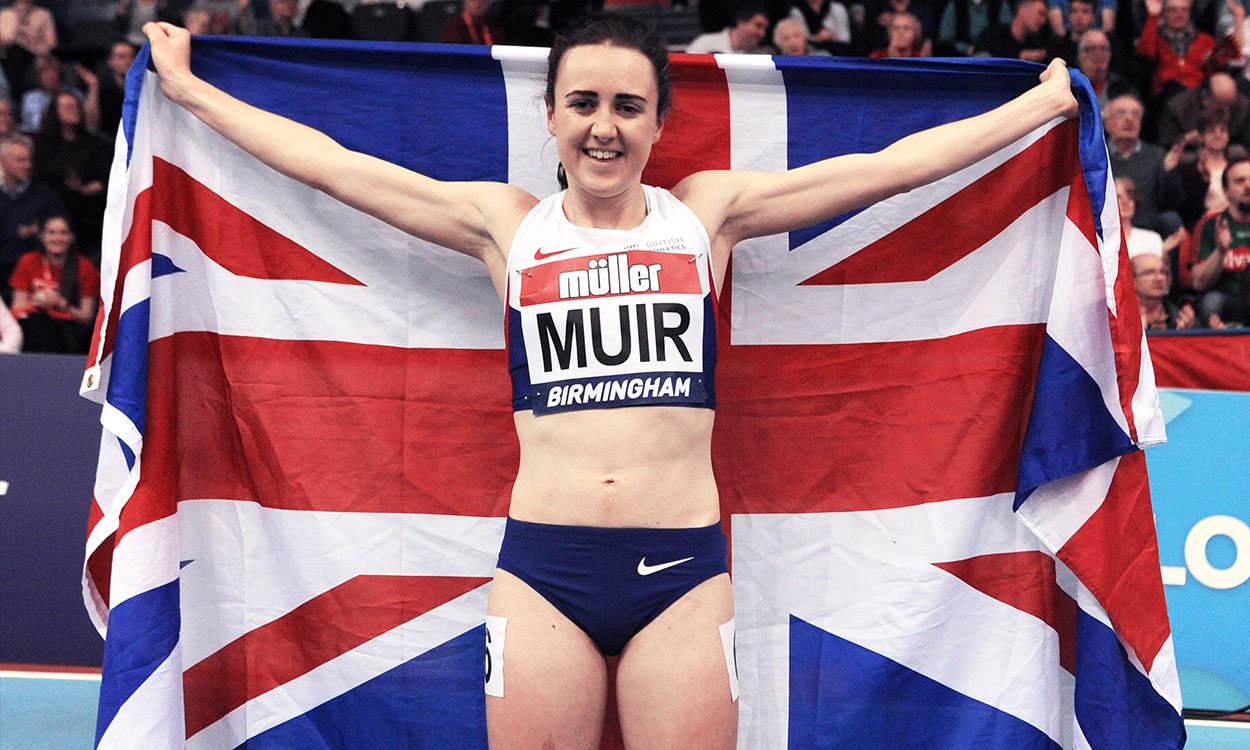 Multiple British record-holder Laura Muir will bid to become a double European indoor champion next month as she has been confirmed on the Great Britain team for both the 1500m and 3000m.

A 32-strong British team has been announced for the event taking place in Belgrade, Serbia, from March 3-5.

Eilish McColgan joins Muir in being selected for both the 1500m and 3000m, while Jazmin Sawyers has been named alongside British trials winner Lorraine Ugen and Johnson-Thompson – who missed the Müller Indoor Grand Prix in Birmingham with hamstring strain – for the long jump.

Kilty has been given the chance to defend his 60m title despite having missed the final at the British trials because of a false start. He bounced back to clock 6.58 for third in Birmingham.

Despite narrowly missing the standard with his 3000m split time in the Birmingham 5000m, Nick Goolab joins trials winner Lee Emanuel on the team, while Kyle Langford – who ran a British 600m indoor best earlier this month – is named alongside British champion Guy Learmonth for the 800m.

“I’m pleased with the blend of this team,” said British Athletics performance director, Neil Black. “We’ve got Olympic medallists in Robbie Grabarz, Eilidh Doyle and Asha Philip; world indoor medallists in Lorraine Ugen and Richard Kilty; as well as exceptionally talented athletes like Katarina Johnson-Thompson, Laura Muir and Andrew Pozzi, all of whom I expect to make the step up this year and start winning global medals.

“Then we have Jazmin Sawyers, Steph Twell and Lee Emanuel, all European medallists who should be looking to make a statement of intent for 2017 by repeating those performances and finishing on the podium in Belgrade. Plus, there is a good depth of emerging talent with the likes of Shelayna Oskan-Clarke, Morgan Lake and David Omoregie, who all have potential to claim medals.

“With a home World Championships in London, 2017 is an even bigger year for us than 2016, so starting it off in a positive manner is essential and I am expecting to see a number of medal winning performances in Belgrade.”

The GB team for the European Indoor Championships