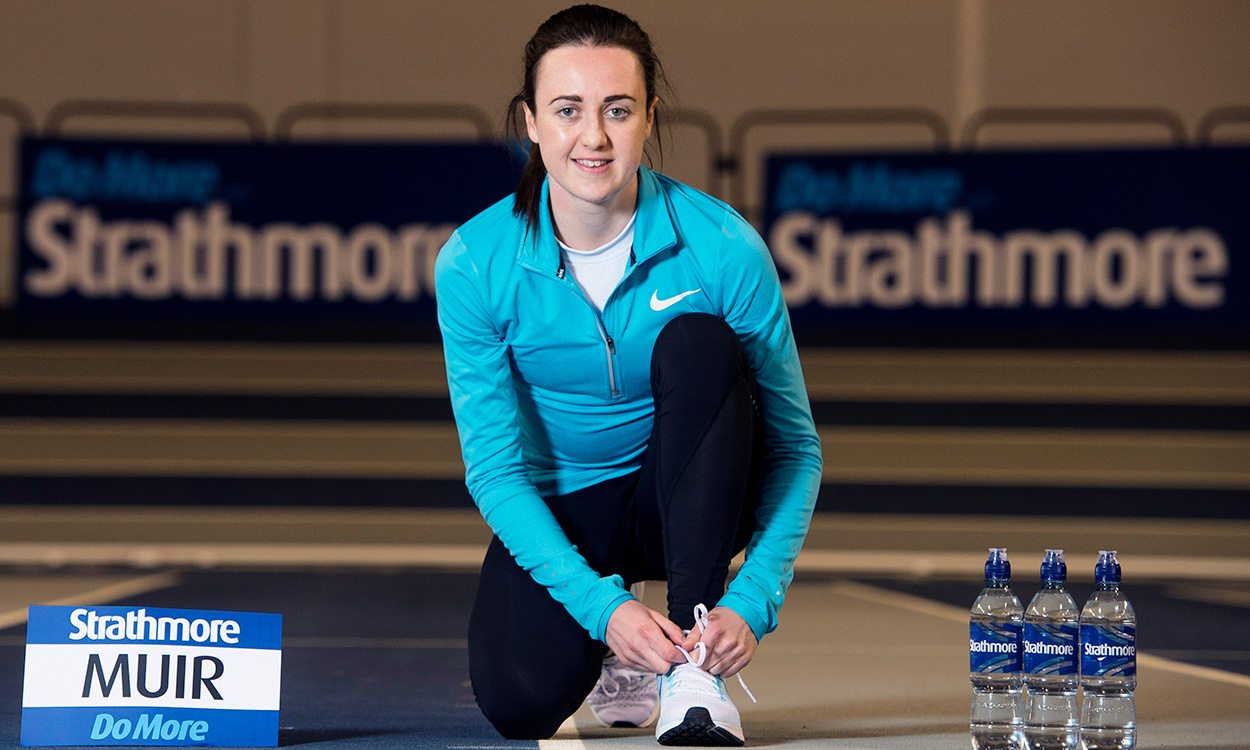 After competing for her first British 3000m title in February, Muir looks forward to further testing herself over 5000m

The IAAF World Indoor Championships may be Laura Muir’s immediate focus, but the double European indoor champion admits she is already thinking about how she can fulfil her potential over 5000m.

The 24-year-old has confirmed that she will be aiming for her first 3000m British title at the SPAR British Athletics Indoor Championships in Birmingham next month and is looking to confirm her place at the World Indoors in March in the process.

Muir, who won European indoor 1500m and 3000m titles in Belgrade last year, can’t wait to compete on the 200m track in the West Midlands but the longer distances will also feature in her future.

The Scottish athlete only raced the 5000m twice outdoors last year, in the heats and final of the IAAF World Championships in London, where she finished sixth. Having ‘skimmed over it’, the British indoor record-holder over the distance feels she has only just begun to explore what she might be capable of in the discipline.

“The 3000m I’m confident with and happy with but that extra 2km really does test you,” says Muir. “In saying that, I think there’s a lot more I can give over the 5000m and I think we only just skimmed over it last year when I raced it just a couple of times. I think there’s a lot more potential there so it will be exciting to see what I can do over the next few years.”

Muir, who clocked 8:37.21 for 3000m indoors in Glasgow earlier this month, is relishing the chance to compete at the World Indoors, particularly after performing so well indoors in 2017.

“I train indoors a lot so it’s an environment that I’m very comfortable with,” she adds. “I’ve got very good memories of racing at the European Indoor Championships and from racing in Birmingham last year (she set British and European records for 1000m at the Birmingham Indoor Grand Prix) as well, so I know the track well, I know the facility well and then there’s the crowd. I’ve got everything behind me to do well.”

Muir knows there will have something of a target on her back but will prepare for competition full of confidence.

“We knew after the Rio Olympics that we wanted to make a statement, as it were, and I think we did that,” she adds. “Now, I think people recognise that when I do run indoors I run very well and I know how to judge things so I think having done the double gave me a lot of confidence and with quick times.

“It puts me in a good place for the World Championships and I’m just excited to get back out there and race.”

» Laura Muir has been announced as a new brand ambassador for Strathmore Water, provider of bottled water at all British Athletics events through to 2019 and official water supplier at the IAAF World Indoor Championships Birmingham 2018. For further information on Team Strathmore visit strathmore-water.co.uk