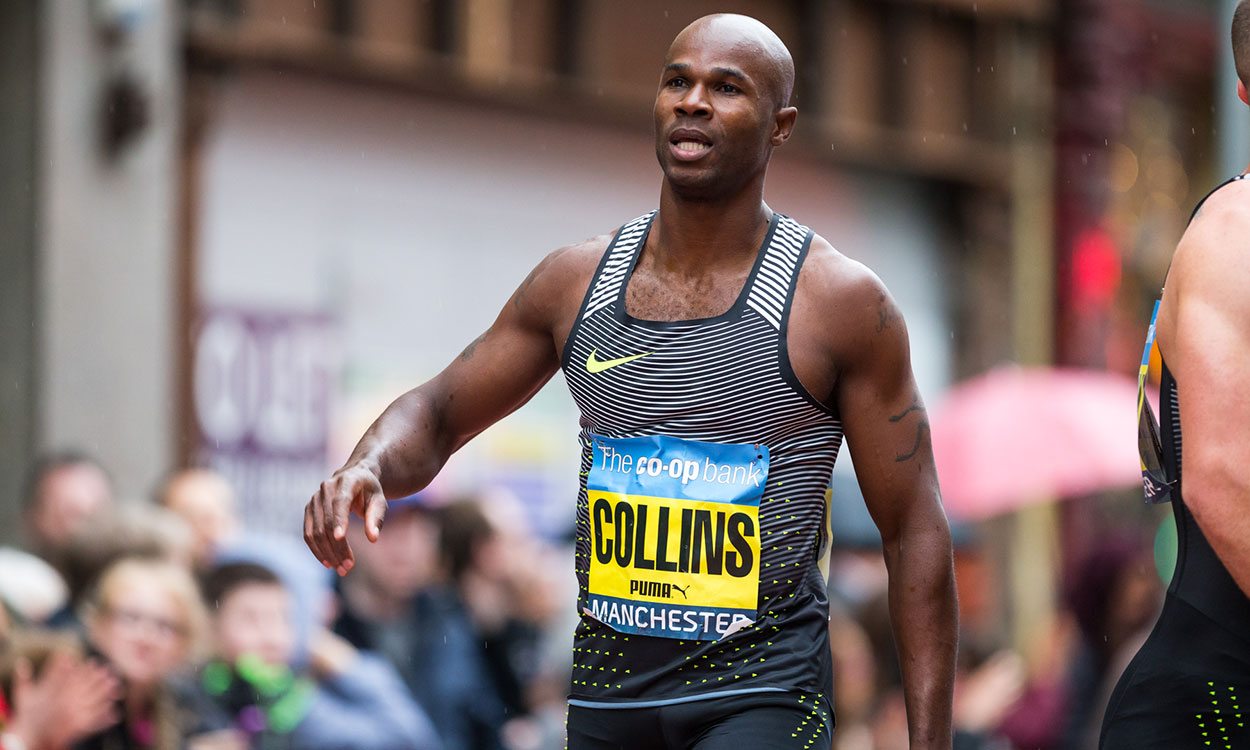 Collins to take on Andrew Robertson, Joel Fearon and James Dasaolu over 100m on Deansgate, while Asha Philip and Desiree Henry are also among those in action

Kim Collins will race against British sprinters Andrew Robertson, Joel Fearon and James Dasaolu over 100m at the Arcadis Great CityGames Manchester on the evening of Friday May 26.

Collins, 41, who won last year, said: “I always enjoy competing at the street events and I love Manchester.

“I know I surprised a few people last year but it was no surprise for me and I’m looking forward to coming back and putting in a repeat performance.”

Dasaolu took victory in the Gateshead event last September, and said: “I’m looking forward to coming to Manchester. I won this event up in Gateshead last year and there will be some familiar faces especially with the British guys, so the competition will be good as ever.”

After racing over 100m at this event last year, Richard Kilty will take on the 150m distance against fellow Brits Reece Prescod and Harry Aikines-Aryeetey.

The Teesside Tornado is a huge fan of CityGames events and is almost an ever-present at the street-level meets in Gateshead and Manchester.

Kilty said: “I love coming to the CityGames events whether it’s in Manchester or up in Gateshead. The atmosphere around the city when the athletes are in town is great, it’s a city that loves its sport and I’m looking forward to coming back.”

Rio Olympic 4x100m relay bronze medallists Asha Philip and Desiree Henry will go from teammates to opponents in the women’s 100m race, with Dutch sprinter Jamile Samuel also among those in action.

Philip said: “I always enjoy the Great CityGames and this year will be no different. With the World Championships later this summer it’s going to be a big year so this is a great opportunity of putting a marker down.”

The sprint track, a 250m length of specially-constructed running surface, will be moved for 2017 at a new location further down Deansgate, alongside Great Northern Warehouse.

The Arcadis Great CityGames Manchester is free to spectate. Taking athletics out of the stadium and on to the streets, it will give thousands of spectators the opportunity to experience the sport from a unique perspective, while showcasing the best of Manchester on a live 90-minute programme on BBC Two and BBC Two HD from 6pm.