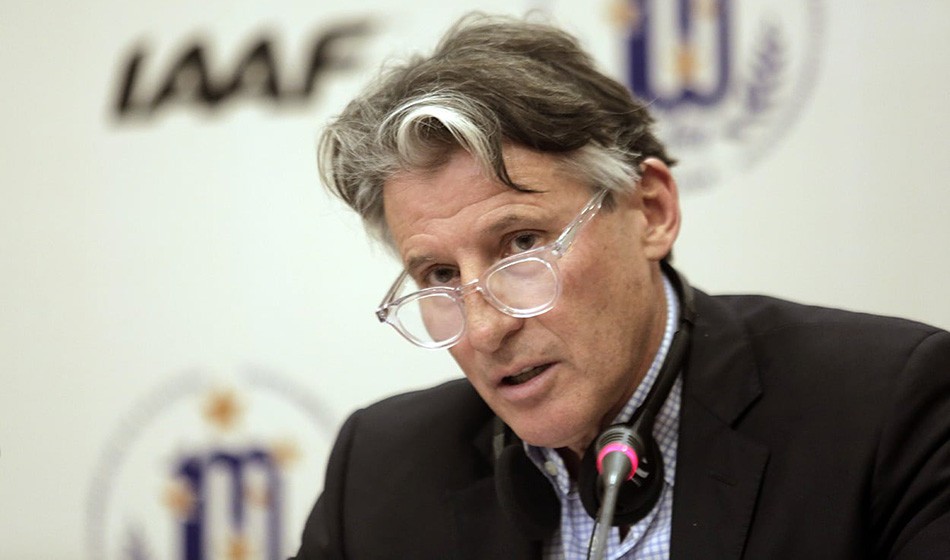 Changes to the Diamond League and race walking distances, plus an update on the suspension of Russia, among topics discussed in Doha

From 2020, the IAAF Diamond League series will be reduced to 12 meetings plus a single final, while the number of core disciplines will be cut from 32 to 24, following the approval of a new concept by the IAAF Council during its 216th meeting in Doha.

A number of key decisions were announced by athletics’ global governing body on the second day of the IAAF meeting, with president Seb Coe confirming that previously stated proposals for changes to race walking distances had been “agreed in principle”, while IAAF Taskforce independent chairperson Rune Andersen confirmed that when it comes to Russia’s reinstatement as an IAAF Member, two key issues remain outstanding.

Decisions announced following the first session of the two-day meeting had been that a dual qualification system will be used to determine which athletes are eligible for selection for the Tokyo 2020 Olympic Games.

“We have made some pretty key and strategic decisions in the Council thus far,” said Coe, who was joined in the media briefing in Doha by Andersen and the IAAF’s recently-appointed chief executive officer Jon Ridgeon.

“Today we had a spirited and detailed debate and discussion on race walking, as we should have done. The Council agreed in principle with the race walking committee’s proposal to change the competition programme for race walking in order to protect and to promote the discipline in major international championships and its appeal and attractiveness to new and younger audiences.”

The IAAF race walking committee had proposed that current 20km and 50km racing distances move to 10km and 30km from the 2023 IAAF World Championships, with electronic insole technology to be used from 2021.

On Monday Coe said that four events – two for men and two for women – would be included at all major international competitions, with two of the following events: 10km, 20km, 30km or 35km, to be rolled out post-2022.

Following a year-long review, which the IAAF says “included detailed research and discussions with athletes, coaches, fans and broadcasters”, changes to the Diamond League series were confirmed, with a reduction in the number of meetings and disciplines taking place.

From 2020, athletes will compete across 12 meetings for points that qualify them for a place in a single season final – rather than the current 14 meetings and two season finals.

The winners of the IAAF Diamond League final will gain automatic qualification to the World Championships.

The 24 disciplines – split into 12 men’s and 12 women’s events – will form the core disciplines across the 12 meetings, with the longest distance being 3000m.

Ridgeon, who was joint chair of the working group, explained how decisions on which disciplines will be included would be made at the end of the summer.

“We’re going to decide which are the most entertaining disciplines that represents the best possible shop window for the sport,” he added. “We’ll do that on an annual basis, review what makes up the best 24 disciplines.”

There will also be a focus on innovation around out-of-stadium or city centre field events.

“The IAAF Diamond League is the way millions of sports fans engage with athletics on a top level every year,” said Coe. “It is a strong circuit that is celebrating its 10th year but we can make it even stronger and more relevant to the world our athletes and our fans live in today.”

On Monday, the IAAF Council also announced that there had been no change in the status of the Russian Athletics Federation (RusAF), with Andersen reporting that two key issues – payment of outstanding costs and receipt of the analytical data and any samples that the Athletics Integrity Unit needs from the Moscow lab – remain outstanding and must be resolved before the federation can be reinstated as an IAAF Member.

“The taskforce also took note of the allegation from German television network ARD that some coaches from the old regime are involved again with coaching national team athletes,” added the IAAF. “This runs counter to assurances the taskforce has previously received from RusAF that it is disassociating itself from the old regime. The taskforce will be asking RusAF for urgent clarification.”

The full taskforce report can be found here.

Included in a list of rule changes, the IAAF Council has reinstated the ‘60-second rule’ for athlete attempts in field events.

Other competition rules amendments include:

R113 – To better provide for athletes’ health and safety in longer running and walking races
R149.3 – To clarify that performances may be valid in race walk even with penalty zone
R170 – To provide flexibility in developing further new relay concepts
R180.6 – To change the competing order before the last trials in the horizontal field events
R180.17 – To go back to the 1 minute time for trials in all field events
R200.1-5 – To clarify that the two consecutive days of combined events can mean two consecutive 24 hour periods
R230.7 – Pit lane to be penalty zone
R250.6 – To remove the mandated use of departure boxes and leave it as an option

IAAF rules and regulations documents can be found here.