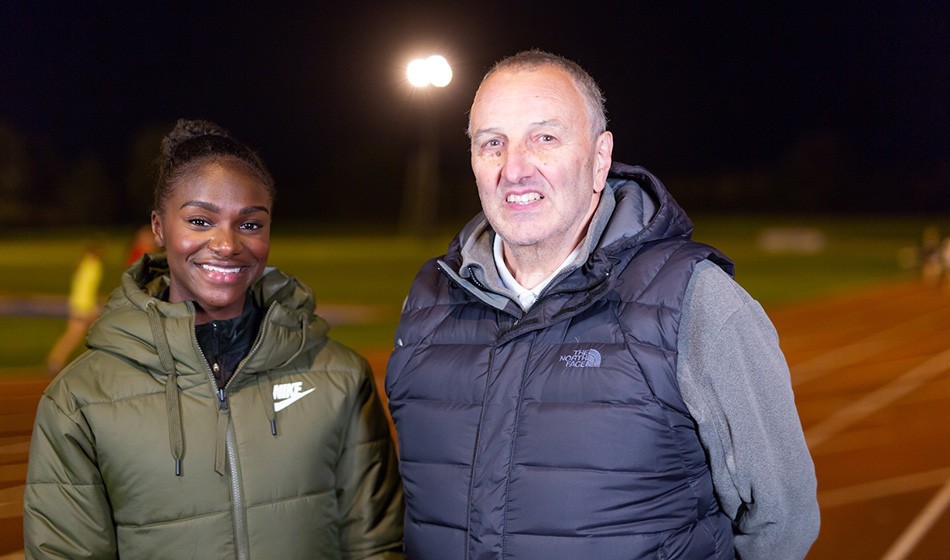 There’s a guru behind every top sprinter and veteran Bromley coach John Blackie is just that to Dina Asher-Smith, writes Tom Harle.

Asher-Smith sprinted to triple gold at the European Championships in August, the culmination of over a decade’s work with Blackie at Blackheath and Bromley Harriers AC.

Having spent his whole life playing and volunteering in sport – whether it be rugby, football, or open-sea rowing – the Essex-born coach decided to focus on athletics coaching 20 years ago.

Asher-Smith has Blackie’s daughters to thank for the enduring influence of her beloved coach, after their passion for athletics inspired him to make it his primary sporting focus.

Blackie, soon to put the 22-year-old through their latest round of gruelling winter training, has swelled with pride at her progress.

“Dina is very much a positive athlete and I think, without question, the European Championships showed that,” said Blackie, who has recently become a spokesperson for England Athletics’ new #gocoach campaign.

“Everything we did in Berlin was positive and for all the positives she gets, I get it all back as well in being motivated to carry on.

“When you grow up with your athlete, the relationship develops and as the athlete gets older they have to try and take on more responsibility for things.

“We always say she makes the wrong decisions and I make the right ones!”

British record-holder Asher-Smith and Blackie are perfectly placed to extol the virtues of coaching and endorse #gocoach, a campaign to recruit 10,000 new athletics and running coaches by 2020.

Blackie insisted that while watching Asher-Smith sprint to European glory, he gets just as much satisfaction from seeing his youngest athlete achieve for the first time.

“The special thing about being a coach is when an athlete does something they haven’t done before,” he said.

“Whether it’s running and jumping into a sandpit and landing on two feet, or in the case of Dina, winning three golds at the European Championships, I get a buzz out of both of those.

“Coaching is the most important thing you can do and we want parents who bring their kids down to the track to get involved and extend their existing role.

“They’re really already coaches – they’ve brought their children up, they are life coaches.

“A programme like #gocoach is really just encouraging them to extend that and I’m sure they’ll get a massive benefit to themselves by, in the same way I do, seeing youngsters achieve.”