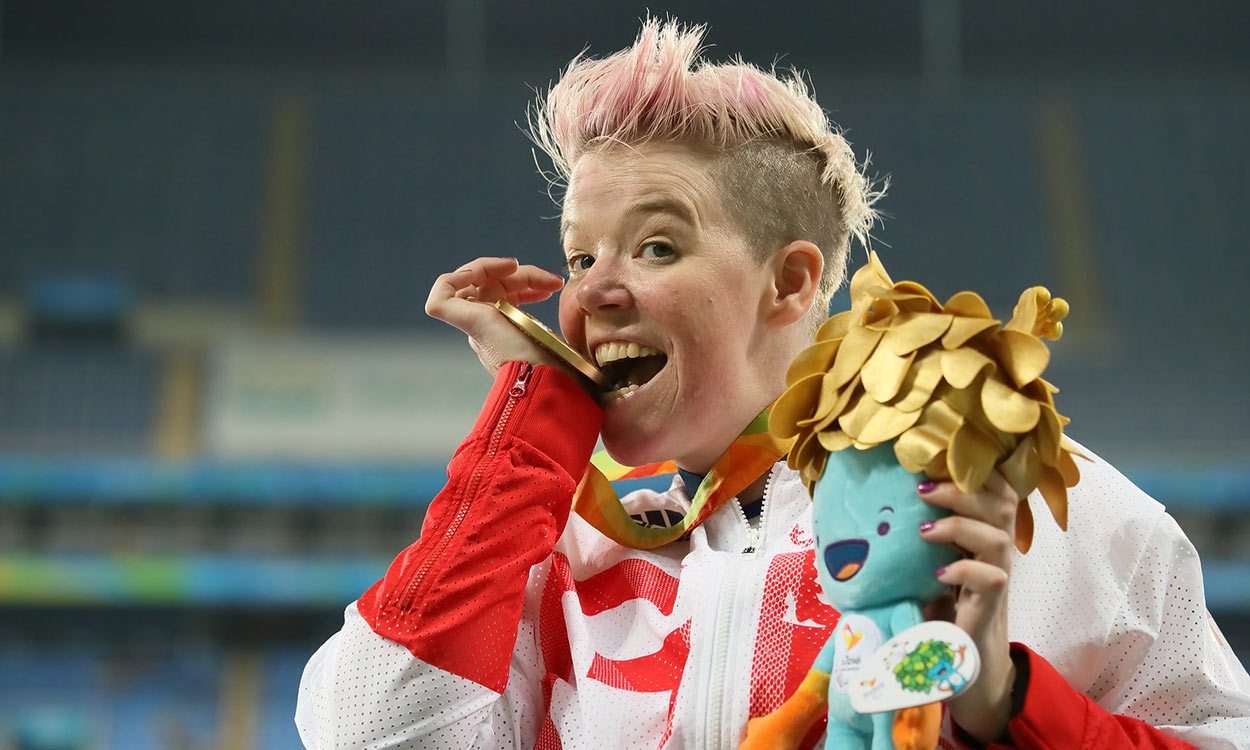 Jo Butterfield says losing her F51 club throw world record earlier this year was “annoying” but it could be a blessing in disguise as she’s more motivated than ever ahead of the World Para Athletics Championships.

The Scot’s sporting career started out in wheelchair rugby before she was talent spotted for athletics.

After watching the London 2012 Paralympics as a spectator, Butterfield went on to make her GB debut at the 2014 European Championships in Swansea, where she claimed victory after a European record-breaking throw.

“I was the last person to throw,” she remembers. “I threw, I turned around and had cameras in my face. That’s when everything changed, I was suddenly an athlete. ‘This is real’.”

World and Paralympic titles plus world record performances have since followed and now she’s looking forward to returning to London.

“I know that in the event there are at least four people that could win the gold medal, which is good – you want competition,” she says. “You want it to mean something and for it to be a tough thing to have achieved.

“But it’s annoying! I got a world record and someone comes and takes it away… you don’t want that really, if I’m honest!”

Now it’s again medals on Butterfield’s mind, though given how competitive her event is it could well take another record-breaking throw to gain gold.

“If I had to choose a Paralympic or world gold medal over a world record, it would be the gold medal every day,” says the 38-year-old, who also competes in the discus throw.

“World records come and go, they are there to be broken, and yes I’m going to do everything to break it back but, if I win a gold medal without a world record, that’s what I want.”

But breaking the world record to get gold would be “the pinnacle”, she adds.

“I’ve done it twice – at the European Championships I broke the record and got gold and I did it in Rio. It would be nice to do it in front of a home crowd.”