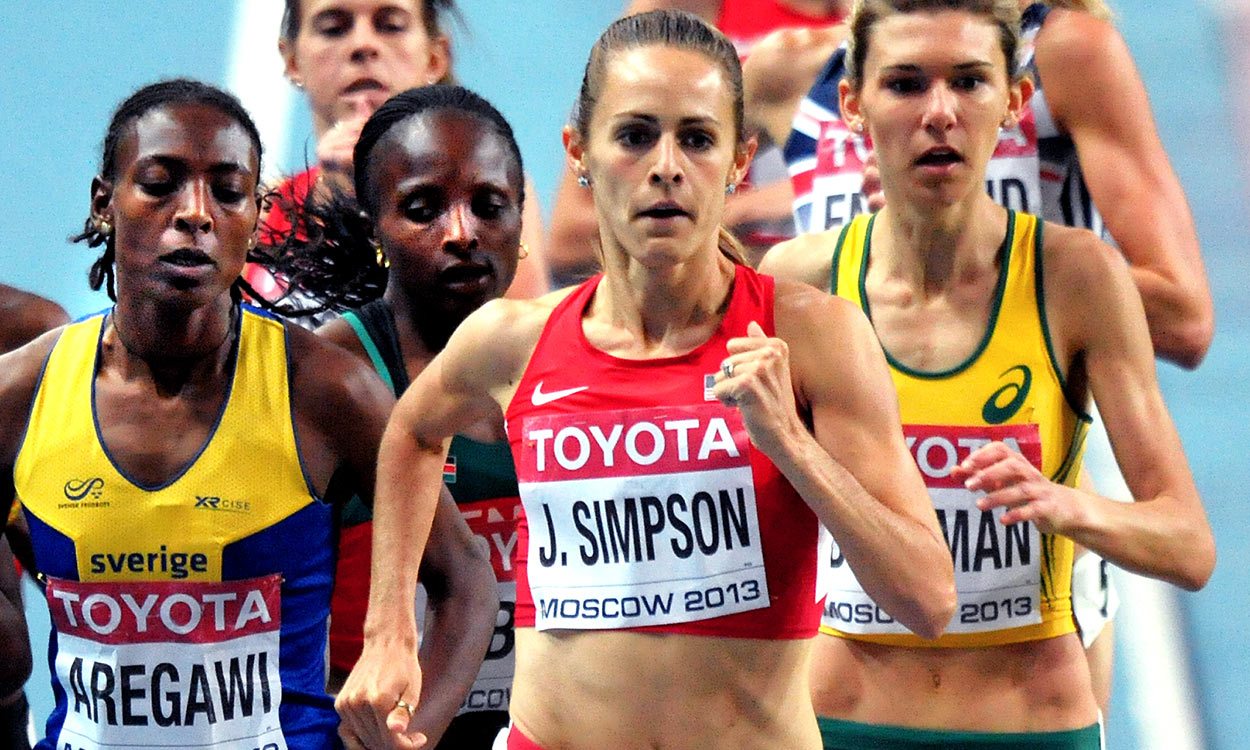 At 1500m, Jenny Simpson won the world title in 2011, plus world silver in 2013 and Olympic bronze in 2016 – and she feels London is an appropriate place for her to try to win another global medal in the metric mile.

“Speaking as a 1500m runner, you have to recognise that some of the richest legacy and heritage of our event comes out of the UK,” she says. “I’m thinking of people like Steve Ovett and Seb Coe and those who came before us and really made the mile, the 1500m and 800m, to me, the most exciting spectator events in track and field.”

The American adds: “A lot of other British women have contributed to that legacy in a really meaningful way – like Laura Muir, Hannah England and Lisa Dobriskey.”

Simpson competed in the 2012 Olympics as reigning world champion but failed to do herself justice, going out in the semi-finals.

“I was young. It was my first summer as a professional athlete,” she remembers, “and having had that success it can be really hard to continue and out-do it the next year. It was a big disappointment but also a big growing experience.”

It gives her additional motivation for London 2017, as she explains: “I’m really excited about the chance to go back and compete in London because I know the event is going to be organised so well and there will be an enormous amount of interest and fan attendance.

“The logistics and fan interest is really something that can mark your experience and make it a really memorable event. Because I was disappointed with my 2012 Olympics, I’m looking forward to returning to the stadium and possibly getting some personal redemption.”

“Speaking as a 1500m runner, you have to recognise that some of the richest legacy and heritage of our event comes out of the UK”

With the last two World Championships and the Rio Olympics often short of spectators, London’s expected full houses will make a positive change. While Simpson explains that she does not need a capacity crowd to motivate her, the atmosphere does make a difference.

“I have great memories of Rio, Moscow and Beijing and of feeling really happy about my performances but I remember the Olympics in 2012 just being blown away by the feeling that my sport is so important here and what I achieve really mattered to people in the stands,” she says.

“For me the atmosphere in the stadium due to the interest and enthusiasm of the fans really makes a difference to how I remember the event.”