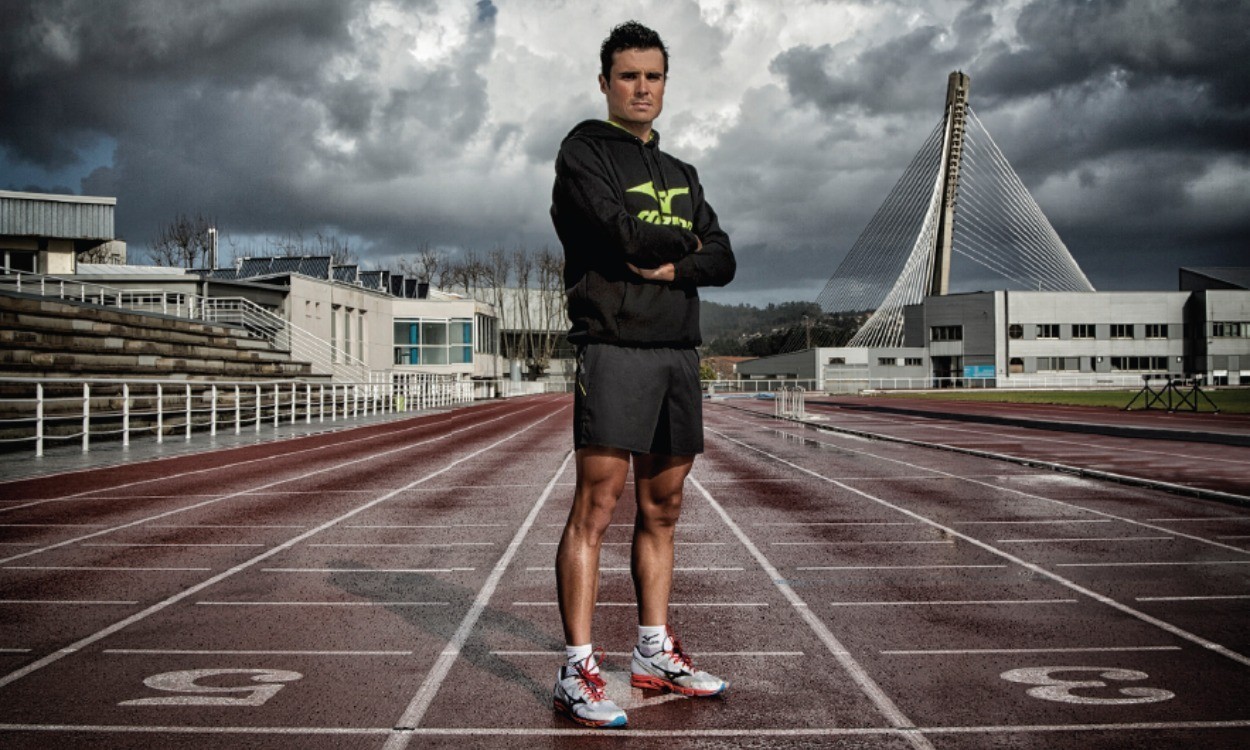 Three-time world triathlon champion Javier Gomez Noya has joined Mizuno as a brand ambassador as he continues on the road to the Rio 2016 Olympic Games.

The Spanish triathlete claimed Olympic silver in London in 2012, finishing behind Britain’s Alistair Brownlee, who has himself graced the pages of Athletics Weekly along with his younger brother Jonny, the Olympic bronze medallist, on a number of occasions in the past, the siblings both being accomplished runners in their own right.

In his quest to remain at the top of his game, and continue to compete with the likes of the Brownlee brothers, Gomez believes joining Mizuno on a three-year sponsorship deal could make the difference.

“In a quest for marginal gains, I look for anything that is going to make a difference to my performance,” commented Gomez, who has won a medal at each of the past seven ITU World Championships – three golds, three silvers and one bronze.

“Mizuno’s new midsole material – U4iC (euphoric) – is 30% lighter than in older models, making the shoes super-light helping me get just that little bit more out of myself,” added the 30-year-old, who will race in the Wave Hitogami shoe for Olympic distance events. “In my sport, that is the difference between a gold and bronze.”

Commenting on the partnership, which will see Gomez through to and past the Rio Games in 2016 and cover all his running shoe and running training apparel requirements, Mizuno UK marketing manager Rob Henderson said: “It’s not often that you get the opportunity to work with one of the world’s truly great athletes. I’m absolutely over the moon to have Javier as a Mizuno brand ambassador.

“I’m especially happy that it was Javier who approached Mizuno as he recognised the innovation and quality of the 100 year-old brand.”

» Further info on the Mizuno Wave Hitogami can be found at activinstinct.com and sportsshoes.com where you can also buy the footwear