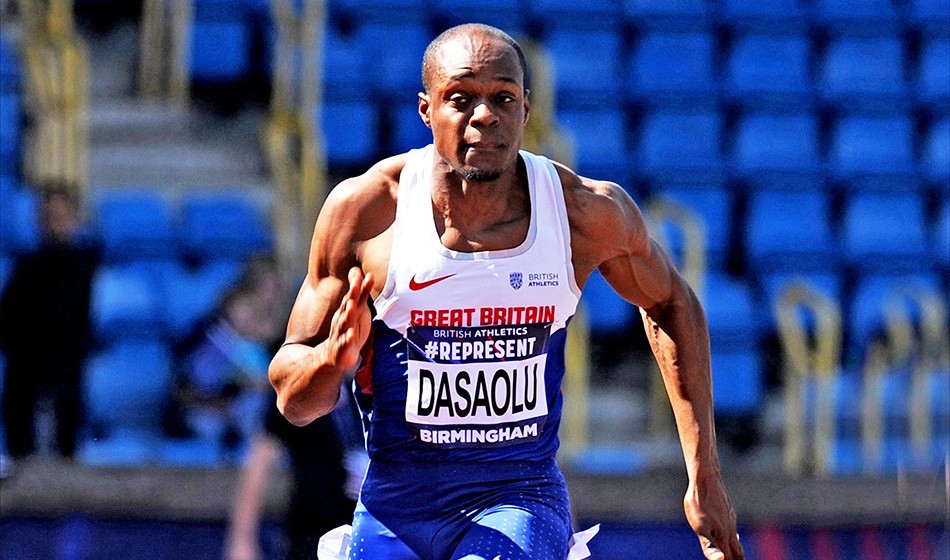 GB’s joint second fastest ever 100m sprinter is looking to crowd-fund £25,000 after a serious Achilles injury

Some of Britain’s top athletics stars are among those to have supported their fellow athlete James Dasaolu, who has turned to crowdfunding in an attempt to raise money for ‘urgent’ surgery on an Achilles injury.

Dasaolu is GB’s joint second fastest ever 100m sprinter with his PB of 9.91 from 2013 but he last competed in 2017 and was dropped from British Athletics’ World Class Programme in 2016.

A £25,000 goal has been set on crowdfunding platform GoFundMe, with the page – which Dasaolu shared from his Twitter account – stating that immediate surgery is “crucial… if he is ever to return to top flight athletics”.

The 31-year-old, who won the European 100m title in 2014, was selected for April’s Commonwealth Games on the Gold Coast but withdrew ahead of the event.

THANK YOU all so much for your support and donation I'm not normally an emotional guy but I have been really touched by everyones prayers, donation and support.

It's because of all your support I can start my journey to recovery.#roadtorecovery @GoFundMeUK

“The issue at stake is that James is still very much able to regain podium performance. He has suffered a major injury to the Achilles tendon. This will require urgent surgery which will cost £9,000,” reads the GoFundMe page in part.

“In order to rehab, prepare and travel with appropriate medical interventions, we need to raise £25,000 in total. The immediate need for surgery is crucial for James if he is ever to return to top flight athletics.

“As a full time athlete, husband and father to three children, he has needed to engage in paid jobs to keep himself going and attend to training. This shows how determined and dedicated he is to his sport and family.

“Funding will allow him to focus and achieve the objective of contesting for a medal at the 2020 Tokyo Olympic Games.”

The GoFundMe page can be found at gofundme.com/james-dasaolu-treatment