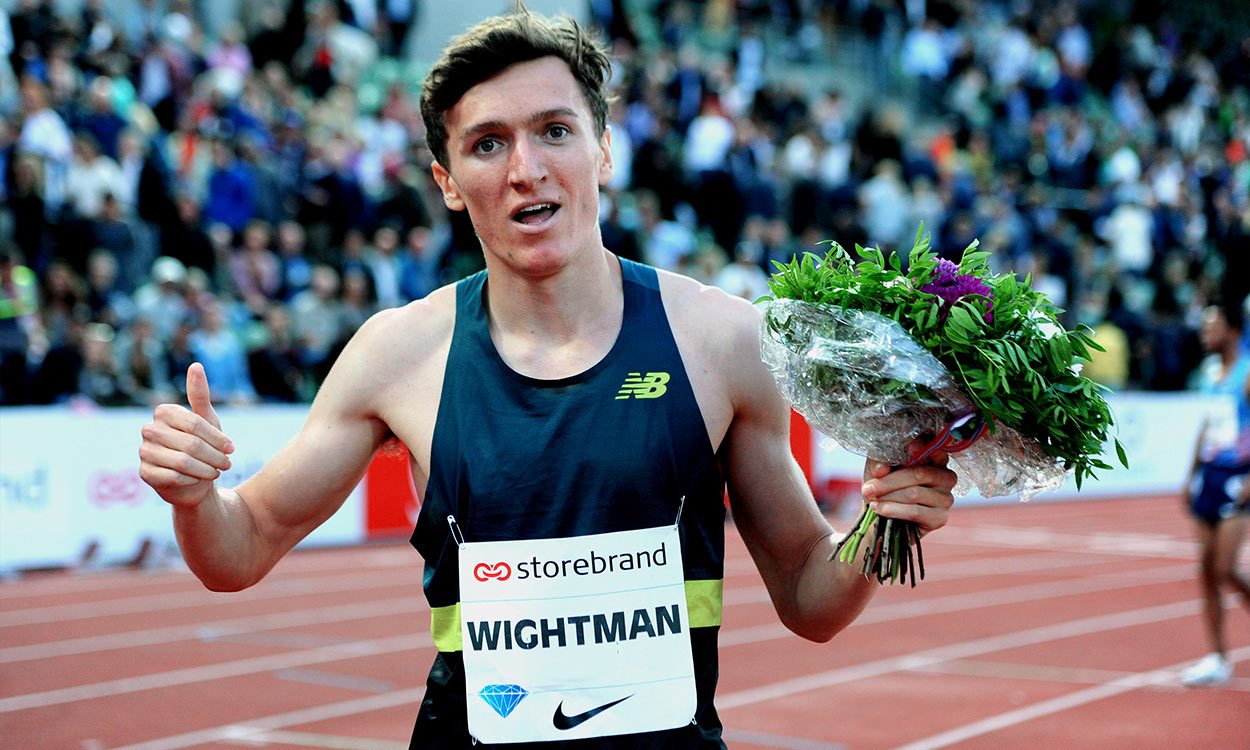 Should he need it, Jake Wightman will have plenty of inspiration to call on as he enters one of the biggest weeks of his career. Not only does he have the afterglow of a stunning 1500m Diamond League win in Oslo to keep him warm, but he intends to use the painful memory of missing out on last year’s Rio Olympics to stoke his inner fire.

On top of that, he approaches this weekend’s European Team Championships and the forthcoming British Athletics World Championships Team Trials with the congratulatory words of three of the finest middle-distance runners ever to set foot on a track still ringing in his ears.

The manner of the 22-year-old’s victory at the Bislett Games made a number of people sit up and take notice. Some of them turned out to be athletics royalty.

“Steve (Cram) was one of the first people to come up to me,” says current AW cover star Wightman, whose winning time of 3:34.17 against a high quality field was a personal best and, crucially, within the required standard to qualify for the IAAF World Championships. “When I was getting my clothes in the changing room afterwards he found me there and said ‘well done’ and I had dinner with him.

“Then, at the airport the next morning, Seb Coe came up and said ‘well done’ and then, over email my dad (Wightman’s coach, former international marathon runner and well-known commentator Geoff Wightman) got a message from Steve Ovett as well so I did the hat-trick!

“It was a nice feeling that, for people of their stature, they can still find the time to say ‘well done’.

“The hope is that one day we can recreate the kind of performances and times they were running. It’s definitely something to aspire towards rather than be intimidated by.”

The current crop of British 1500m contenders certainly don’t appear to be shying away from the challenge just now. In fact, the event will make for fascinating viewing at the British trials in Birmingham on July 1-2 as the likes of Wightman, fellow Edinburgh AC athletes Chris O’Hare and Josh Kerr, as well as last year’s British champion Charlie Grice, battle it out for a spot on the team for London 2017.

Those four all have the required standard already but Wightman admits to being enthused by an apparent growing depth.

“I think when people start getting standards, it obviously encourages you to up your game and there’s a sense of urgency because you know that if you don’t get one then you are going to be the one that’s missing out,” he says.

“But then, as you’ve seen over the past couple of weeks – even beyond the four of us who have a standard – everyone has stepped their game up. It’s 13 (British) men under 3:40 this year, which is ridiculous for June. So I hope that the performances we’ve produced at the start of the season have catalysed everyone else. Having depth is never going to be a bad thing.”

It also means Wightman should avoid falling into any trap of complacency, particularly when his experiences of the past two summers are never too from his thoughts.

“The original aim in 2015 was to go to the World Championships in Beijing but I had such a poor year and then Rio became a little more realistic last year but I just missed out,” he adds.

“I said last year that I’d hate to miss out on another champs and I’ve got to make sure I do everything I can to make myself selectable. Ticking the standard was one thing that had been avoiding me big time so it was such a relief to get it and I’m hoping now that I’m in a good enough position to get the job done at the trials.”

He will fine-tune those preparations in a British vest in Lille at the European Team Championships against a field which includes former European champion Marcin Lewandowski, who finished third behind Wightman in Oslo.

“I’m hoping it’s going to be a slow burn-up which will get me firing for the following week,” says Wightman. “If I can come away with a win that will be a nice confidence booster but, more than anything, I want to have a competitive race to know that my kick is as good as it can be.”

That kick has been much improved under the watchful eye of Jake’s father Geoff.

“He’s the main reason I moved from Loughborough last year back down to St Mary’s,” says the younger Wightman. “It was closer to Dad. It works well and I can see him twice a week, which has helped me a lot this year.

“He expects a lot and I think he’d probably say this was all part of his plan, though I don’t know if he expected it to go quite as well as it has.

“However, I think he was quite disappointed I didn’t get a Scottish record after that run!”

John Robson still holds that honour with a time of 3:33.83 but, should the upward trajectory continue, there might well be further cause for celebration to come in the Wightman household this summer.

» See the June 22 edition of AW magazine, which is available to buy and read digitally here, for more from an interview with Jake Wightman as well as a European Team Championships form guide. The June 29 edition will include a preview to the British trials