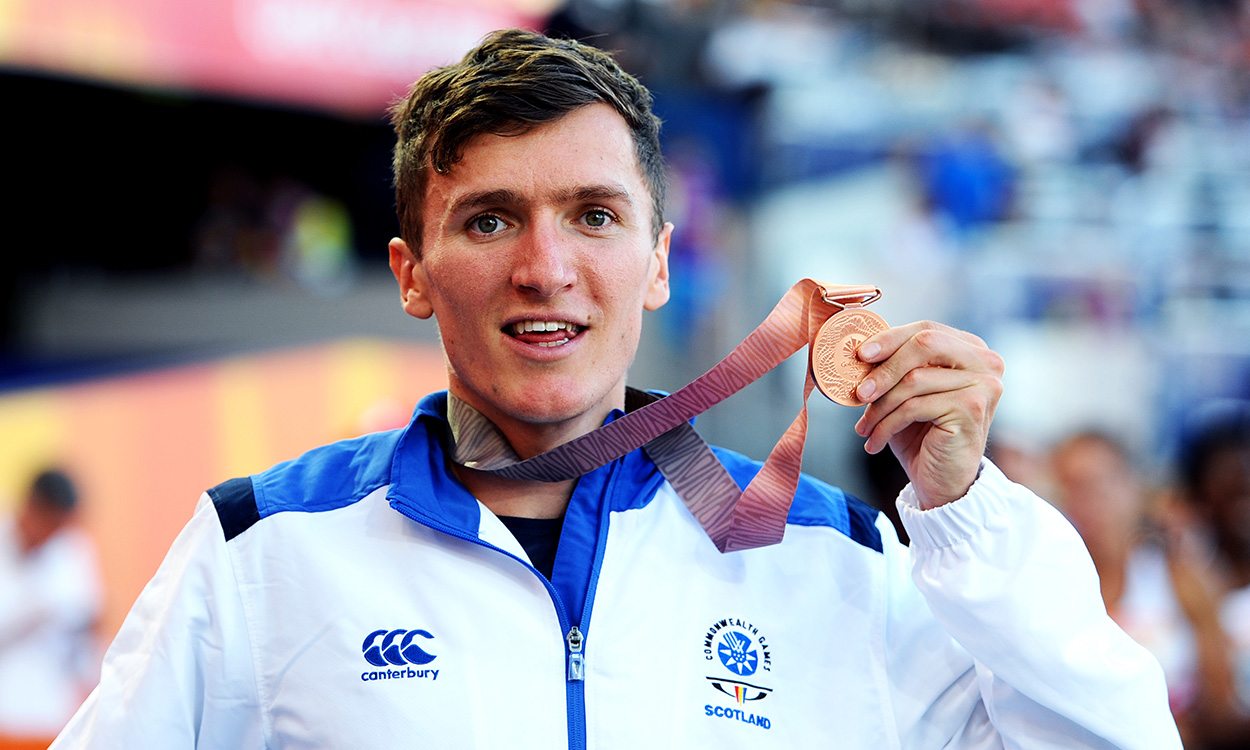 The 1500m may have brought Jake Wightman the first major medals of his career – bronze at both the Commonwealth Games and European Championships this year – but the 24-year-old likes a bit of variety in his professional life and does not want to be seen as something of a one-trick pony.

As much as he is thriving at the event in which he has sampled tangible success, Wightman admits to a love of 800m running which he hopes will result in the two-lap challenge featuring more prominently in his future racing schedule and, as he puts it, “doubling my championship lifetime”.

He’s certainly no slouch over the distance – a 1:44.61 clocking at the Anniversary Games in London putting him at the top of the British standings for 2018, second only to Tom McKean on the Scottish all-time lists, and helping him to qualify for the Diamond League final in Brussels, where he finished fourth.

Wightman did the middle-distance double at the Gold Coast Games, coming fourth in the 800m, while the European schedule in Berlin was the main reason for ruling out the possibility of following the same plan in Germany. There is a clear intention for a twin-pronged medal goal to become the norm.

“I probably like running the 800m more than I do the 1500m – and I don’t like being seen just as a 1500m runner because I feel like I can run both,” says the Edinburgh AC athlete, who is coached by his father Geoff.

“When we first looked at this year, myself and my dad both saw the Commonwealth Games and European Championships as two chances for us to double up but, when the timetables were released, it became pretty apparent that that wasn’t going to happen.

“1500m will always be my preferred event in the instances when I can’t do both but I hope that, in the future, if I run the standard and the selectors agree with it, I can double wherever possible.”

He adds: “I’ve run 800s for as long as I’ve run 1500s so I feel like I’m competent at racing both but I feel there’s a lot more pressure on me when I run 1500s so it’s hard for me to enjoy them. I feel like there’s more expectation whereas, in the 800m, it feels like people are watching the 800m specialists so I can go out and have a bit more fun.

“I think that, if you’re seen as a 1500m runner, that’s where people expect you to have your strongest performances. But I don’t think that pressure or expectation is necessarily a bad thing and I hope that, the more 800s I run, the more expectation I can have for that distance as well because I’d like to keep improving that.”

As a British middle-distance runner, Wightman has some rather illustrious predecessors whose achievements cast long shadows – but it’s an awareness of this rich history which has helped inform his thinking too.

“I think if you look back at the great British middle-distance athletes, none of them just ran 800s or just ran 1500s – Kelly Holmes, Seb Coe, Steve Cram and Steve Ovett were all so good at both,” he says.

“If you look back at the great British middle-distance athletes, none of them just ran 800s or just ran 1500s… they were all so good at both”

“I don’t know if that has been lost the past few years – there haven’t been that many people who have looked to double – but I’m sure a lot of the 800m guys and the 1500m guys are capable of doing that. Laura Muir’s shown she can do it on the girls’ side too.

“I just see it as two opportunities to win medals – you’re doubling your championship lifetime by looking to get two at each one.”

Wightman’s profession revolves around the ticking of a clock but, at what many would still consider to be the rather tender age of 24, the passage of time is also playing on his mind in another sense, and will help to fuel motivation levels as next year’s world championships and the 2020 Olympics creep ever closer.

“I’m not that young any more,” he says. “It’s not much of an excuse to keep saying you’re on a learning curve or need more experience – there has to be a point where you’ve gained enough of that and have to perform. I think the next couple of years is that time, otherwise opportunities will start slipping away from me.

“I think the breakthrough Mo (Farah) had shows you definitely have to keep plugging away at it. I’ve had a few good, consistent years and I’m a long way out of juniors now so I should start making it happen.”