Jack Green determined to get the job done in Birmingham 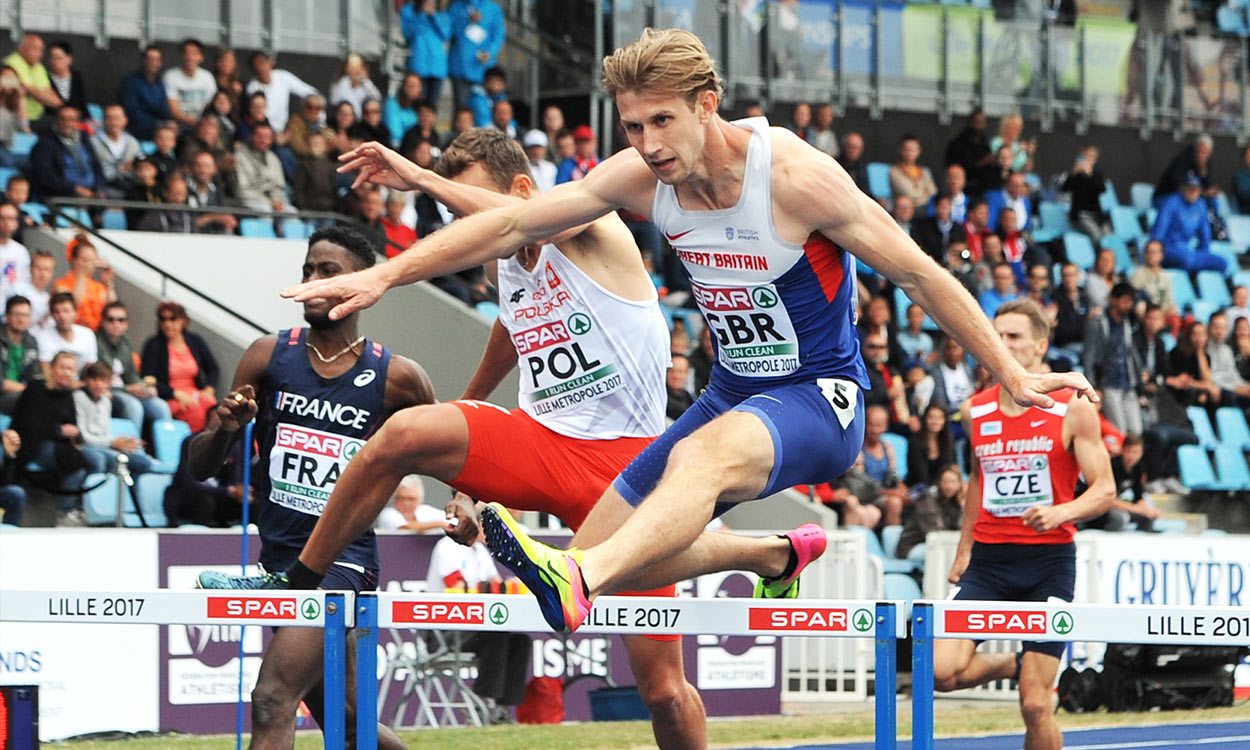 The 400m hurdler is looking to secure his spot for the World Championships at this weekend’s Team Trials, while Katarina Johnson-Thompson will be among those missing from Birmingham

Jack Green knows he doesn’t necessarily have to run quickly in Birmingham this weekend – he simply needs to get the ‘job’ done.

The ‘job’ in question is to make sure of a place on the British team for the IAAF World Championships and, given the year he’s had so far, few would bet against him achieving his objective at the Alexander Stadium when the Team Trials get underway.

Few would begrudge him that success, either, following a turbulent few years for the 25-year-old 400m hurdler which have seen him battling with depression and injury – and almost being lost to the sport.

It’s to Green’s immense credit, however, that he stands on the verge of making it to another major event. He became an Olympian for the second time in Rio last year but admitted that, not long before he qualified, he came very close to calling it a day.

He did go on to compete in Brazil but failed to make the final after a collision with the eighth hurdle stopped crucial momentum.

The disappointment was raw but it’s now a far more assured – and most importantly comfortable – figure who is taking to the track in 2017.

“It seems to be going really well – it’s the best I’ve ever started to a year,” says Green, who tuned up for the trials by scoring full points for his country with victory at the European Team Championships.

“I’ve been a lot more settled in life this year. I’m still self-coached and still training on my own the same as last year but, when you look at 2015, I got injured halfway through the season and the year before that I had just returned to the sport after 18 months out with a broken back so I’ve now got the accumulation of training from last year behind me plus I’m finding that maturity you need for the 400m hurdles.

“I feel like everything is getting a lot more consistent the older I get and it’s no surprise that 400m hurdlers peak when they’re a little bit older. I think experience and knowledge is crucial in the event.

“It’s something you can’t rush and it seems like things are starting to come together.”

Green had been coached by Loren Seagrave in Florida but, for various reasons, is having to fly solo on home soil. It’s not necessarily the set-up he is looking for yet, for the moment at least, it seems to be working.

“It seems like things are starting to come together”

“I’m not sure it agrees with me but I’m running well,” says Green of being self-coached. “I’m an only child and I’m used to looking after myself but I don’t want to be self-coached at all.

“For me to settle and in terms of my mental health to just be comfortable I had to move back home.

“I couldn’t afford to move back to Florida and work with Loren Seagrave, who is a genius. Having my education from him has allowed me to be able to coach myself but I’d rather be in a group, I’d rather have a coach, but it has to be the right set-up.

“I’ve only got one career and I don’t want to be jumping from coach to coach or moving different places and being unsettled, particularly when things are going really well.

“I don’t think there’s longevity in what I’m doing at the moment in terms of self-coaching. It’s ok for now and it’s a good, quick fix, but if we’re looking at trying to win Olympic Games in Tokyo and maybe even beyond that then I’ve got to start looking for alternatives or maybe bringing a team together. There will be a lot to decide at the end of the season.”

The fact that Green is looking that far into the future is a hugely positive sign in itself. Should he get what he’s looking for at the World Team Trials then he will be going back to compete in the stadium where he suffered an Olympic semi-final disappointment (he fell after hitting the third hurdle) after which he plunged into a debilitating depression.

The way he looks back on that time now, however, tells you much about how far the Kent athlete has come.

“I’m looking forward to going back out there,” he smiles. “In 2012 I didn’t have the best of experiences there but, looking back now, I didn’t actually run that badly. I hit a hurdle and I missed a medal but I ran 44.4 (as part of the 4x400m relay team) at the age of 20. If you look at what I did it was actually really good and it took me a long time to remember that.

“My first race back in the Olympic stadium was last year (at the Müller Anniversary Games). I did get to hurdle three and go ‘not again – let’s get past this!’. I’m just a lot happier and I think anyone who knew me around 2012 can see that and it’s no surprise that I’m running well.”

There is a hurdle – or 400m worth of them to be more precise – to overcome first.

“The trials is a job, it’s a very different beast (to normal racing),” adds Green. “I’m going there to do a job and I don’t care if I run fast or not because I’ve got the qualifying time already.

“It was the same last year – the whole game was come first or second and that was the only time when I didn’t mind losing that race because I just wanted to tick that box.

“Given the journey I’d had between 2012 and 2016, I just wanted to get there. That was a difficult race because it felt like there was so much on it but, with the way I’m going now, if I execute then I should be fine.”

While fans will have many fascinating contests to watch at the Team Trials this weekend, there are a number of prominent names who won’t be appearing in Birmingham.

Focusing on her heptathlon preparation for the World Championships, Katarina Johnson-Thompson has been given permission to miss the Team Trials, though will still be considered for individual high jump selection for London.

Meanwhile, Andrew Pozzi is instead lining up at the Paris Diamond League meeting, which offers world-class competition through heats and a final, and Cindy Ofili has been forced to end her season through injury.

Tiffany Porter, Greg Rutherford and Richard Kilty are also among the absentees, though are set to remain selectable for London. Laura Muir has already secured her 1500m spot for the World Championships as the Diamond Race winner and although she will not be contesting the 5000m in Birmingham her coach, Andy Young, has said she remains keen to contest a 1500m and 5000m double in London, despite a recent foot injury.

A look ahead to the British Athletics World Championships Team Trials can be found here, with much more in the June 29 edition of AW magazine.