It’s now or Nevers for Montel 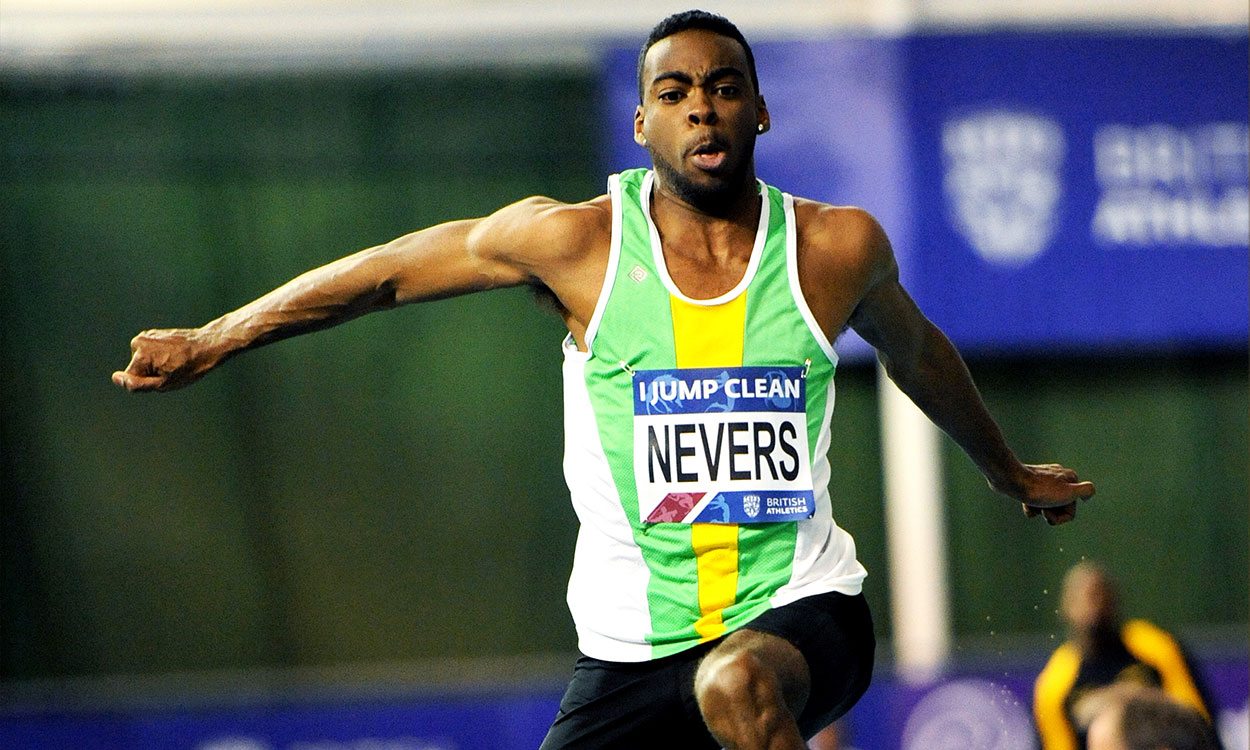 The triple jump talent is aiming for the London 2017 IAAF World Championships, as he told Athletics Weekly

With his love for Samba music, England Athletics under-23 triple jump champion Montel Nevers had an added reason to be disappointed to miss out on making the team for the Rio Olympics.

But now studying Stateside at Florida State University, the 20-year-old is aiming to make the IAAF World Championships in London this year.

Having placed fifth in the European Juniors in 2015, Montel broke 16 metres for the first time last winter with 16.15m to win the BUCS indoor title. But he was disappointed not to jump further last year.

“I was looking to get 16.50m, but I just couldn’t get my technique right. Otherwise I would have got it,” he explains.

Quick to praise his new training set-up, he explains: “The American university system is very different to the English system. My training set up has warm weather all year, with a solid base of support offered from mentors, advisors, psychologists and physiotherapy whenever I need it, so recovery is fast and it is helping me to be able to train more hours a week and develop as an athlete.

“My aim for this season is to make it to the World Championships and, with it being in London, that is a further motivation. The qualification is 16.80m and with the facilities and the training group I’m with now, I believe anything is possible.”

With two English Schools golds and a silver to his name, Montel says his first English Schools title remains his proudest athletics achievement. “I was new to the sport and winning was highly unexpected,” he says. “Less than a month before, I did my first competition, which was a local schools event where I turned up in trainers and won. My head teacher heard about me qualifying for the English Schools and, as he did athletics, he had some spare spikes that he gave to me.

“The English Schools was the first time I had competed with a huge crowd. All through the competition I was in second place with 12.88m and had 12.96m to beat in order to win. I had seen athletes on TV starting some clap thing to engage the crowd, so as a novice, I gave it a try and in my mind I thought ‘okay, Montel, this is your time to shine’.

“So as I was running down the runway I felt like the whole world was watching and as I hit my hop … my step … then my jump, I looked back and it looked far and the crowd applauded, but I had to wait for them to measure the distance, which was finally shouted out at 13.14m. I couldn’t believe I had won with my final jump.”

Montel started out playing for a professional football club, but it was his PE teacher who encouraged him to go to the athletics club. And when he was released from the football club, he joined Notts AC and has never looked back, although he adds with a smile: “If any West Ham scouts out there are reading this, I would still be interested in signing up!”

You can find further performance stats on Montel on Power of 10 here.