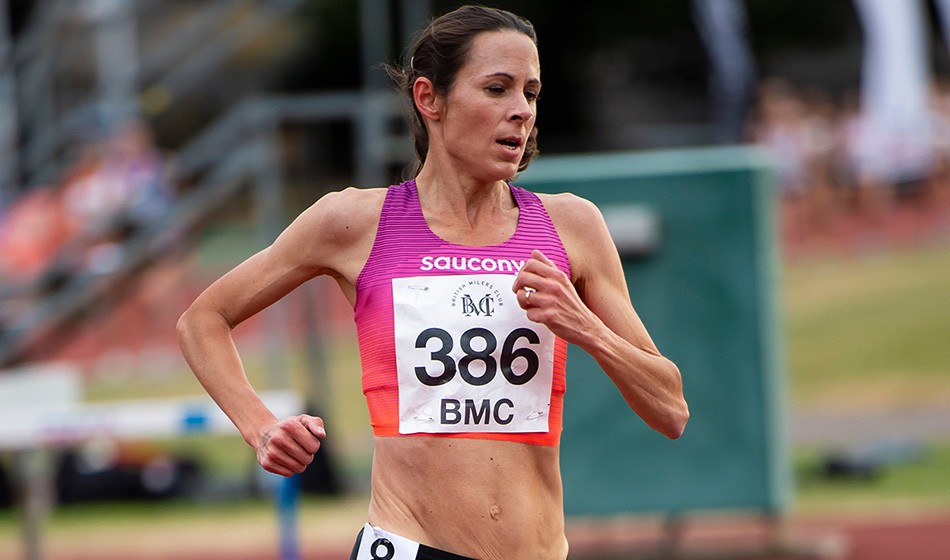 Jo Pavey, Charlotte Arter and Ragna Debats share insight and advice on running and their first steps in the sport

To mark International Women’s Day, five female endurance athletes have shared their sporting inspirations, insight on how they got into the sport and their top tips for getting started.

Who is your main female sporting inspiration?
I’ve been inspired by Dame Mary Peters and really enjoy watching the footage of when she won her Olympic gold. I’m inspired by her great achievements and determination and I also very much admire the way she embraced the true spirit of sport. She was always smiling and her support of her fellow competitors during the events is lovely to see. She is a fantastic role model.

How did you get into running?
I always enjoyed being active as a child, but it wasn’t until I went to secondary school that I got the opportunity to try distance running. My PE teacher asked us to run two laps of the sloping grass track at the school. She was pleased with how I did and suggested that I join an athletics club. At the club I really developed my passion for running. I relished the challenge of racing and enjoyed the camaraderie of going to meetings with my team mates.

What one tip would you give to other runners looking to get into the sport?
If you’re totally new to running, it’s really important to build your training up gradually to reduce the risk of injury. Don’t run every day to begin with and perhaps start by mixing running with walking until you build up your confidence. Try to run on soft surfaces like trails when you can to lessen the impact through joints and muscles. Listen to your body and if you’ve got a injury niggle don’t be afraid to take extra rest days to help prevent a more serious injury. Most of all enjoy your running, the running community is so fantastic to be part of, and good luck!

Who is your main female sporting inspiration?
My grandmother. She loved sports and was an active tennis player up until a late age.

How did you get into running?
I started about 10 years ago when I moved to Catalonia, Spain. Before that time I was a professional horse trainer and I didn’t have the time or the energy for other sports activities. In Catalonia I started a new life and practicing sports was what made me happy the most. I really opened up and it was easy to make friends with people who had similar interests. I didn’t have any expectations, but I became better every year. After my pregnancy I took it to another level and trained professionally. In a few years this lead me to the top of trail and skyrunning.

What one tip would you give to other runners looking to get into the sport?
Make a plan, enjoy training and be satisfied with all the little improvements you will make. The rest will come on its own.

Who is your main female sporting inspiration?
I really look up to Alexi Pappas as she encourages young female athletes to chase after their dreams but also to respect their bodies at the same time. I love how she promotes female resilience in her own quirky way, often in poems.

How did you get into running?
When I was 10 years old, my mum ran the London Marathon, raising thousands of pounds for charity. I remember seeing how hard she trained for it. She got chased by dogs out running on holiday and I remember her coming home crying after an 18 mile run in the pouring rain. Watching her complete the marathon, I was so proud of her and how hard she worked towards it. It really inspired me to get into running and eventually achieve a lifelong dream of running a marathon myself. I started in the traditional way of school cross country and eventually joined Reading Athletics Club doing club cross country and track running.

What one tip would you give to other runners looking to get into the sport?
I would recommended parkrun. It’s a free 5km, with events all over the world every Saturday morning. parkrun has an incredible sense of community and everyone encourages each other, no matter if you run or walk it. It’s a great place to start your running journey.

Who is your main female sporting inspiration?
I think it’s important to appreciate success in female sport and to encourage females in any sport they do, in particular school-age when there is a high proportion who drop out of the sport completely. Jess Ennis-Hill is a huge inspiration and role model of mine, from her sporting achievements but also the way she conducts herself on and off the track. 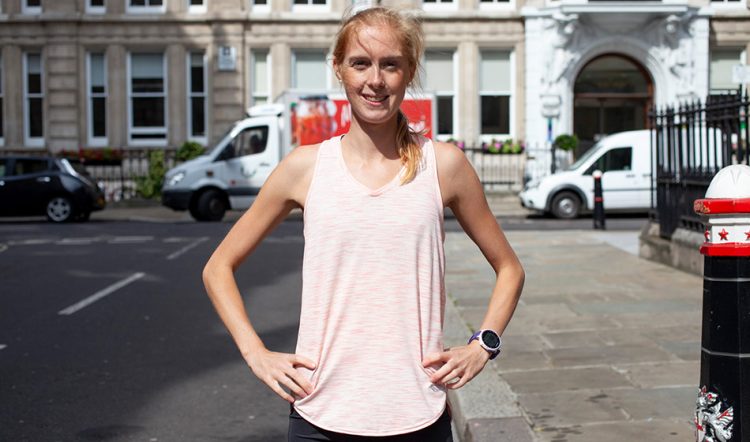 How did you get into running?
I enjoyed a number of sports throughout my school years, including hockey, running and tennis, and joined my first running club at the age of 11, after being persuaded to join by a friend’s parent at school, having shown some promise at school level races. I continued all sports through school and only solely concentrated on running at the age of 18.

What one tip would you give to other runners looking to get into the sport?
Do it! No one ever feels bad after coming back from a run, it’s the getting started bit which is the hardest. Establish a weekly routine which includes one or two runs a week and try stick to that routine. Finding a running group, partner or club will also help!

Who is your main female sporting inspiration?
I’ve never had just one woman that has inspired me. There are so many both in sport and out. I always find it mad that women are still treated and looked upon differently. Although there is a long way to go, I am glad things are changing. The women’s steeplechase only became an Olympic event in 2008. It’s mind-blowing that it took that long for misconceptions about women’s strength to be realised.

How did you get into running?
I started running because my sister did and when you are young you want to do everything your big sister does! I was not the most talented at a young age. In most of the big events I rarely came in the top 100. I made English Schools once on the track and it wasn’t until my sixth form years that things started to click. With endurance running, persistence and patience is definitely key!

What one tip would you give to other runners looking to get into the sport?
Mix your runs up! Endurance running isn’t always ‘fun’ and it can be hard to get out of the door. For me, meeting a friend for some runs or harder sessions not only holds me accountable but makes the runs more social and something to look forward to. However, some runs I crave nothing more than a bit of solitude and escaping into nature. For some sessions you just have to embrace the toughness ahead. The joy in these sessions comes from the ability to overcome. It comes from knowing that you got out of your comfort zone, pushed through the pain and came out the other side. The realisation that you can overcome adversity and pain builds confidence in yourself and your abilities that will carry into everyday life. You can use every run for a different purpose, it is so simple. You just need yourself, some good trainers and off you go; and that is why I love it!

Over a half of UK women use movement to aid their mental wellbeing, according to new research.

The independent research, which was commissioned on behalf of ASICS for International Women’s Day, found that 61% of women felt exercising was an important way to improve their mental health.

When it came to the biggest barriers to physical movement, concerns around body image and confidence were the greatest – with over a third of UK women stating that body image (32%) and feeling self-conscious or embarrassed (32%) were their main barriers. A further (27%) admitted that exercising in public was their most significant barrier to movement.

Speaking on what International Women’s Day means, Burns added: “It’s a chance for women to celebrate women – to stand up as one and celebrate how incredible we are. Sometimes I don’t think we take enough time to value each other. It’s a day to push for change, equality and to draw attention to where we go next.”