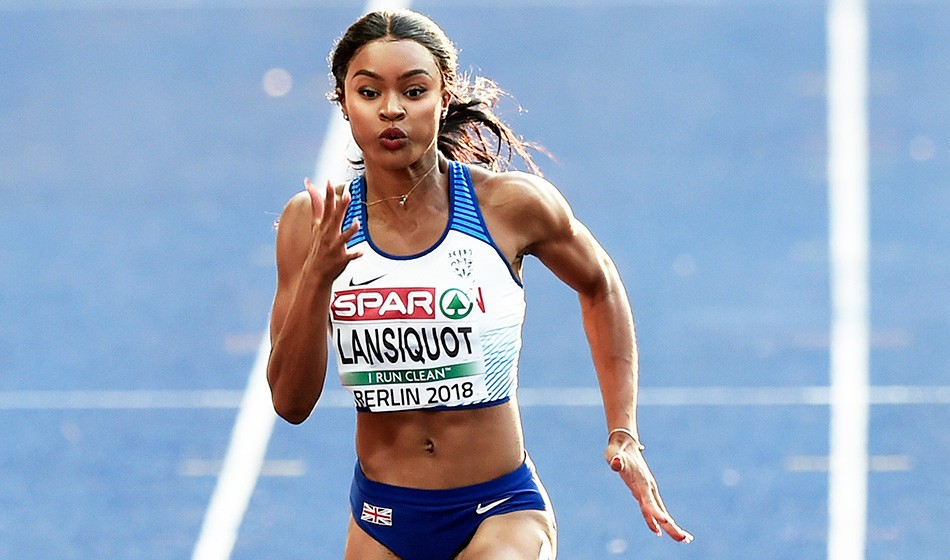 Sprinter Imani-Lara Lansiquot says she hopes to be “part of positive change for the future” as she joins British Athletics’ equality, diversity and inclusion advocates group as its athlete lead.

The group has worked within the sport to set up the ongoing ‘Let’s Talk About Race’ programme, the Windrush Generation reflections and the Athletics Pride Network for the LGBTQ+ community, as well as providing equality, diversity and inclusion workshops at the Officials’ Conference and to partners of British Athletics, plus an International Women’s Day series.

Lansiquot, who is part of the British women’s 4x100m relay squad, made her senior European and World Championships debuts in 2018 and 2019 respectively after a successful career as a junior.

The 22-year-old Sutton & District sprinter is one of two appointments to support the ‘Let’s Talk About Race’ programme, with British Athletics chief financial officer Mark Draisey being named the executive champion for race as part of the requirements laid out in the Race at Work Charter.

“I’m really honoured to have been chosen as an ambassador for equality, diversity and inclusion for British Athletics,” said Lansiquot.

“I hold representing the country very close to my heart, but it is also important for me to be a representative for young girls and boys who look like me and can relate to my story.

“I want to be a part of positive change for the future and I want to be more than an athlete. I believe that progress can begin with us and I look forward to starting this journey.”

Fraser said: “I am delighted that Imani and Mark have joined the team as we continue to drive the equality, diversity and inclusion agenda within our sport.

“Since joining UKA in 2017, we have made significant progress in engaging the sport around diversity and inclusion, but we still have a lot of work to do and with athletes.

“The recent events in the US and UK have opened a wider conversation about race and having athlete representation and an executive Champion for Race in place, I am looking forward to working with them and the other advocates to continue open dialogue towards driving more change for the good of the sport.”