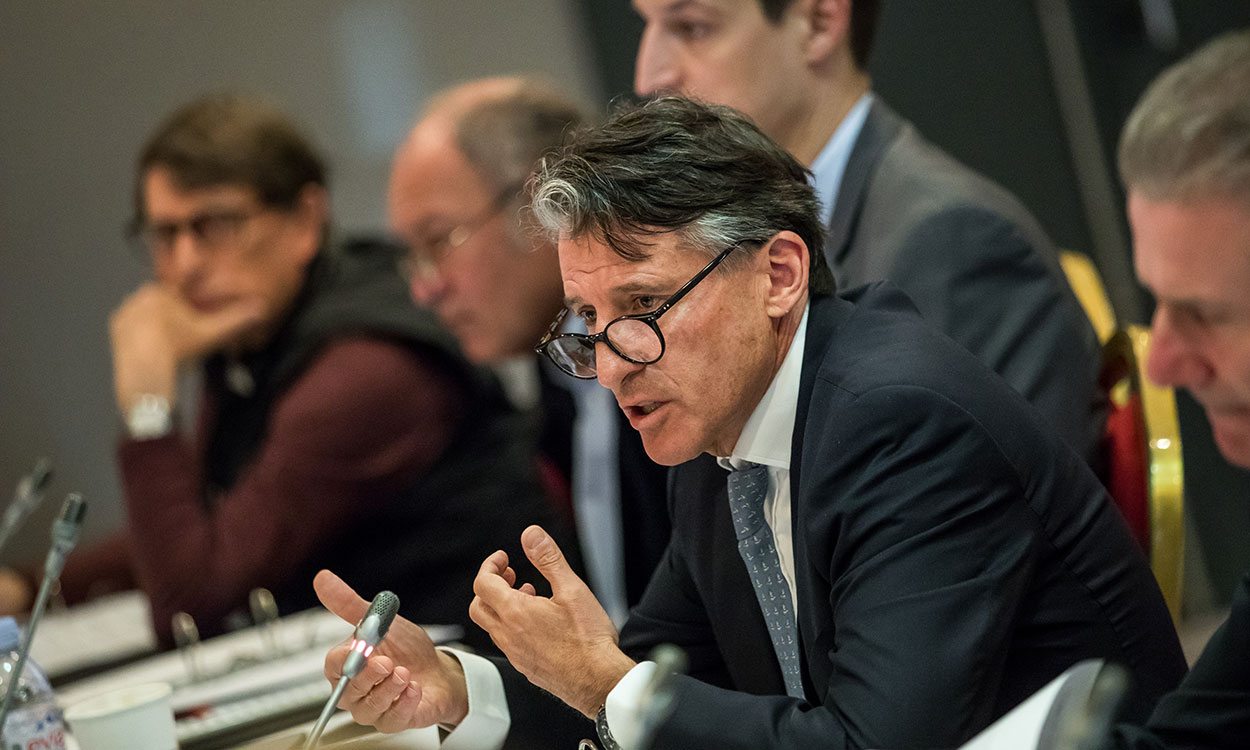 The transfer of allegiance process in athletics is to be overhauled, with International Association of Athletics Federations (IAAF) president Seb Coe having announced a freeze of all new transfers of allegiance with immediate effect.

Speaking at a press conference following the 208th IAAF Council meeting in Monaco on Monday (February 6), Coe said the current rules are “no longer fit for purpose” and are “open to abuse”.

Proposals for new rules will be submitted by a working group before the end of the year.

“It has become abundantly clear with regular multiple transfers of athletes especially from Africa that the present rules are no longer fit for purpose,” said Coe.

“Athletics, which at its highest levels of competition is a championship sport based upon national teams, is particularly vulnerable in this respect.

“Furthermore, the present rules do not offer the protections necessary to the individual athletes involved and are open to abuse.”

The dominance of African-born athletes at events such as December’s European Cross Country Championships, which saw senior race victories claimed by Kenyan-born athletes now representing Turkey, prompted further discussion between fans and athletes on social media over the current transfer of allegiance rules.

The IAAF added that the decision to freeze the current process will not affect the 15 transfer applications which are already underway, but it will prevent any new transfers until the new process is in place.

“What we have is a wholesale market for African talent open to the highest bidder.

“Our present rules are being manipulated to the detriment of athletics’ credibility. Lots of the individual athletes concerned, many of whom are transferred at a young age, do not understand that they are forfeiting their nationality. This must end and a new way forward found which respects the athletes’ rights and the sport’s dignity.”

Another area of discussion for the IAAF Council on Monday was the bidding process for IAAF events.

Coe’s proposal to move away from the formal bidding process which the IAAF has traditionally used to attract applications to host IAAF World Athletics Series competitions was approved. Therefore a new selection process will commence with the awarding of IAAF events, including the IAAF World Championships, after 2021.

“In future, the IAAF will now assess the strategic goals for growing the sport in relation to each IAAF competition, targeting cities from countries and regions which will best assist the delivery of those aims,” said the IAAF. “The aim is to create a true partnership matching the hopes and ambitions of potential hosts with those of the IAAF.”

An update on the reinstatement of the Russian Athletics Federation (RusAF) as an IAAF Member was also given at the press conference and more on the decisions can be read here.