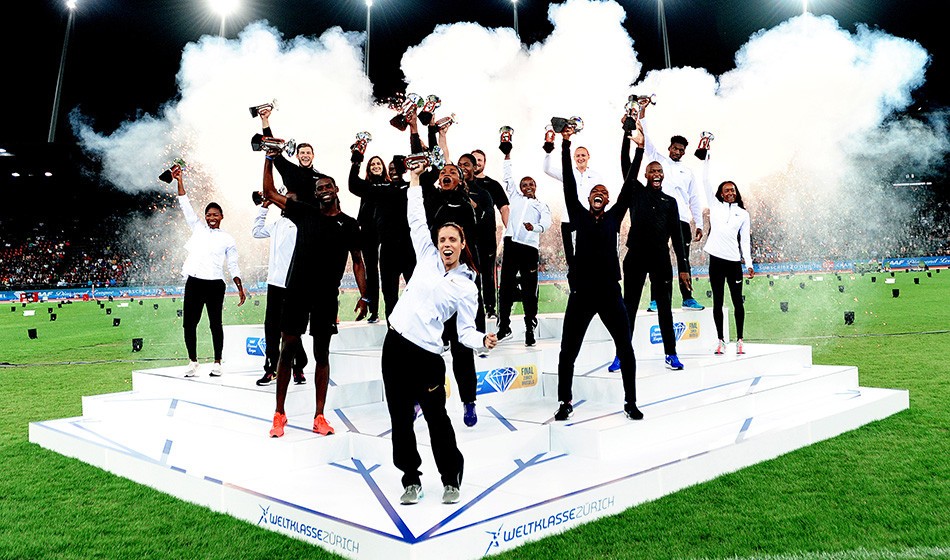 The IAAF has announced the distribution of Diamond League disciplines for the 2019 season, confirming where and when athletes will contest each event in the 14-meet series.

The 10th season of the series will again commence in Doha, Qatar, on May 3, with the 32 Diamond League event disciplines spread across the 14 meetings.

Athletes earn points in the first 12 meetings to qualify for the finals where, as in a championship, the performance of athletes in the final alone will determine who the champion will be.

At the two final meetings, held in Zurich on August 29 and Brussels on September 6, $100,000 will be at stake in each of the 32 disciplines, including $50,000 for each winner plus a Diamond Trophy.

The men’s long jump is included in the event programmes for meetings in Shanghai, Stockholm, Rabat and Lausanne, while the women’s javelin will feature at Shanghai, Rome, Lausanne and London.

The infographics below show the ‘road to the final’ for each of the 32 Diamond League disciplines. 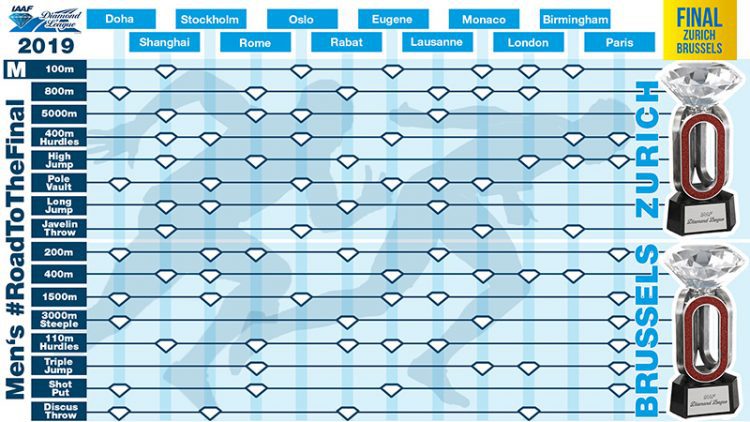 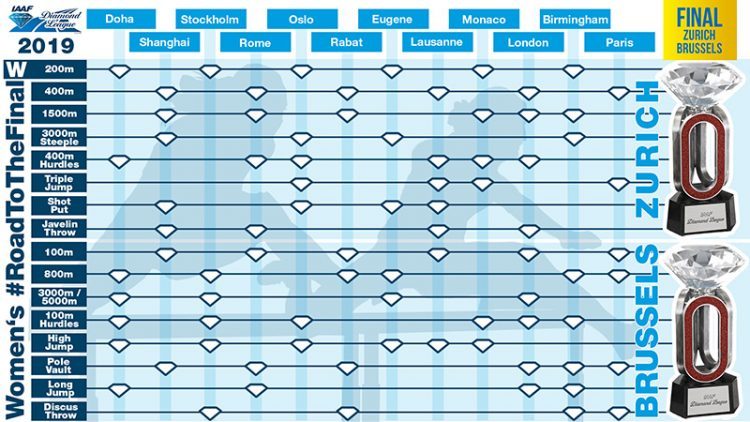