How to call a race 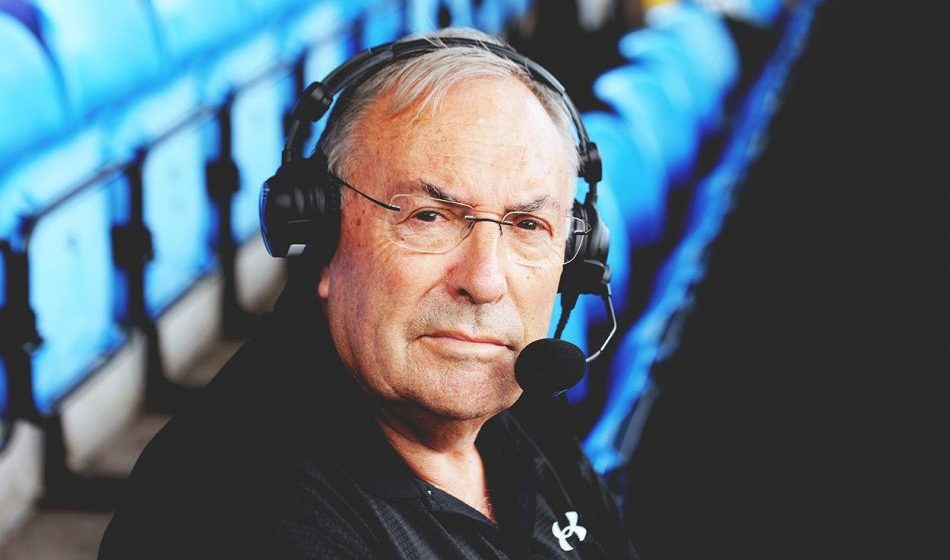 What follows is a process of coverage when in the stadium. Waiting for the race to begin. Let’s start at the top as an example: “The Olympic men’s or women’s 100 metres final”.

Remember that you as the commentator will say what the picture does not say.

What follows assumes that you have done your homework and have researched the work presented by the appointed statistician.

Mark Butler is the best statistician and has been a part of many major athletics championships over the years for the BBC and others and can be trusted to give you valuable backup.

Once you have taken on board the most relevant information in addition to what has been learned from your own experience including chats with athletes over the years, then you are ready to begin.

Here is a 10-step guide to calling a major event such as an Olympic 100m final.

Study the race line up and know your athletes. At a major international event it is important that you have practised the correct name pronunciations. There were 11 million BBC viewers watching the men’s Olympic 100m final from Sydney in 2000. No pressure then!

In the case of the 100m final the start list must be learned. Both men’s and women’s finals are over so quickly there is no time to look down at the information in front of you. The heats, quarter-finals and semi-finals will have given you a good idea of what is likely to happen but assume nothing and the outcome may not come from the seeded centre lanes.

The studio will lead to you as commentator. Use voice intonation and intensity along with a pace of delivery to create a pre-race atmosphere in both the race introduction and beyond because an Olympic final is special. Use words in a way that there is no doubt that this is a moment of Olympic history in the making.

Many times the picture alone will create a special moment, don’t ruin it with too many words … good pictures have a great atmosphere of their own so no words is sometimes good commentary.

There are several parts to the pre-race build-up for you as the race commentator.

(a) General introduction – paint the pictures with words commenting on your thoughts on the probable race outcome taking account of performances in the previous rounds but don’t go too heavy on the outcome because surprises do happen.

Comment on individual athlete preparations. Some athletes will display nerves and some will appear cool and in total control. It is said that some races are won before the gun goes.

(b) The 100m final’s athlete line-up caption will appear on screen and is usually on screen for 10 seconds but in an Olympic final it may be a bit longer. There is time to give information in the next part so just read through the names within the 10 seconds offered.

(c) You will then be guided through the lane-by-lane athlete introduction. You will have about eight seconds in which to give a background to each athlete. The fewer words the better but once again use intonation and emphasis where appropriate as part of the race build up.

(d) The next part of the race introduction after the lane by lane introduction is just to go through the line up once again and then silence.

Remember to give just a couple of seconds between each of these parts which will not be noticed by the viewer but it will give the editors an opportunity to electronically cut clean for the highlights of the event for either on the news channels or on the follow up highlights packages. To talk continuously over the parts will make the editors job very difficult.

There’s silence before the gun goes, but before the race gets underway let me emphasise that despite the technical underpinning of all athletics events, technical terminology should be avoided and you should use language that the general viewer can understand throughout the live part of the race.

Pick up commentary at about 10-15 metres after the point at which the start can be assessed. The start can be so important and make a real difference to the outcome but not always. In the big finals the margins of error are so small. 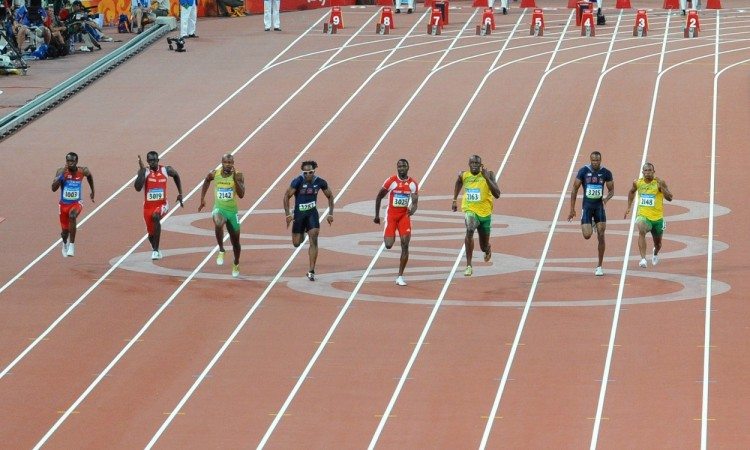 Keep an eye on all lanes throughout the race. The middle four lanes are the seeded lanes, that is to say those athletes with the fastest qualifying in addition to race finish position.

Never assume that the winner will come from the seeded lanes, keep an eye on all lanes as sometimes the Olympic champion has come from an outside lane. Sometimes the athlete in lane eight will appear to be down but this can be an illusion with the athlete in that lane well in contention.

Add to the atmosphere with your voice increasing intensity as the finish line approaches. Sometimes the athletes will be within one hundredth of a second of each other (unless Usain Bolt is in the race!) so try to identify the gold medal winner because you are identifying the Olympic champion and catch up with silver and bronze when the replay is on screen later.

If it is so close then don’t take a chance on crowning the Olympic champion – wait for the photo finish to come up on the screen. That doesn’t stop you speculating on a possible outcome. The computer in the commentary box should be watched carefully for the formal result to appear.

There will be a period of celebration post-race with live commentary with reference to the big names and how they performed but once again this is a part where pictures without words can be so powerful so don’t overdo the words.

The next stage of coverage will be to assess the race with slow motion footage. Normally there will be a backup commentator who will take on the job of evaluating the race. It’s important that once the slow motion line up is on screen he or she should give it a couple of seconds before beginning to talk over the pictures. Remember the editor at all times.

The good commentator will put himself in the position of the viewer at home answering the sort of questions that the viewer would want to ask. There is always a danger that too much technical jargon is used in the slow motion phase. If a technical term is used then it should be explained.

Finally run through the formal result caption on the screen. The studio will then take the coverage back for more assessment from the studio panel.

Get ready for the next event on the programme.

» From 1976 to 2012 Stuart Storey covered 10 summer and winter Olympics, nine with the BBC and one for the Olympic Broadcasting Service. He retired formally in 2017 but has since made appearances as a commentator at the Diamond League and events like the Berlin Marathon