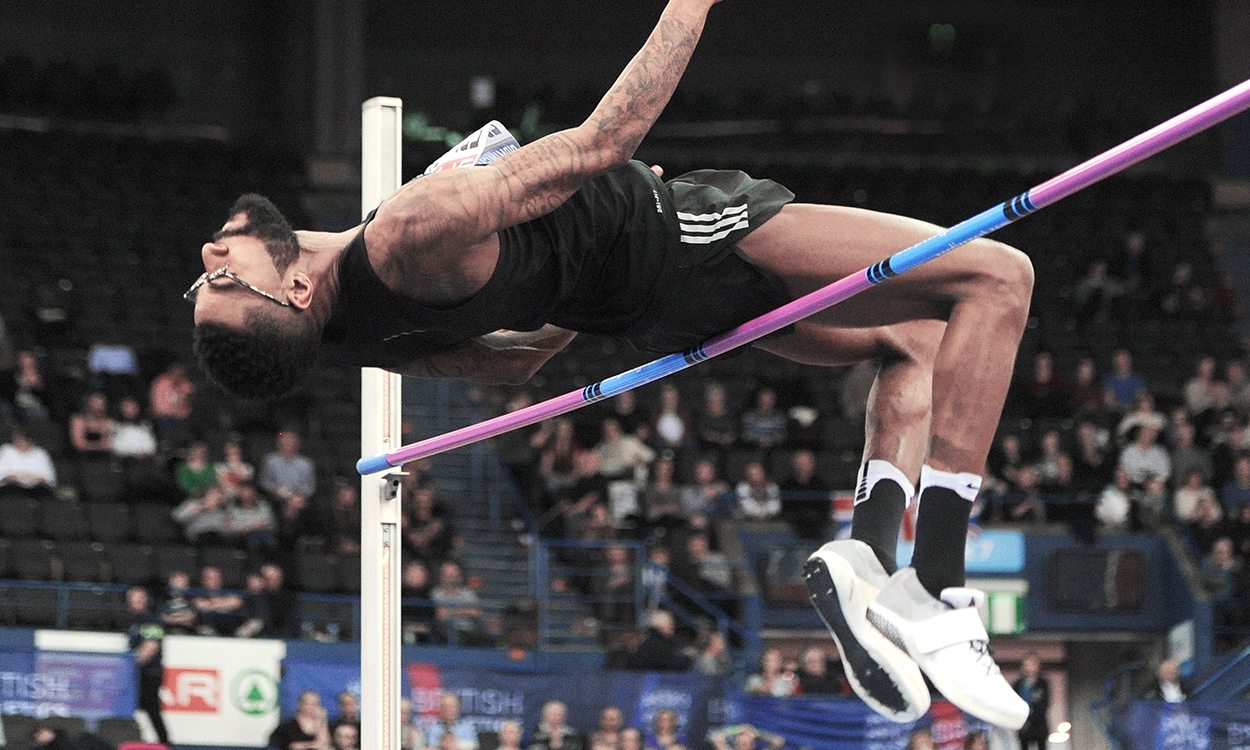 When high jumper Mike Edwards won his first British title in Birmingham last month, he stood on top of the podium with a bottle of champagne in his hand and a cigar in his mouth. It was a symbolic gesture in more ways than one.

But the 27-year-old also runs his own business selling high-quality cigars.

“Some athletes have their Nike and adidas kit,” he jokes, “but I have my cigars!”

It is a curious combination, but it’s working so far for Edwards. His company, Aireyys, is going from strength to strength as Britain’s first black-owned cigar line, while his athletics ability has led to him not only being crowned British indoor champion but has led to him being selected to represent Nigeria at the Commonwealth Games in Australia next month.

Edwards describes his background as “diverse” and it certainly is. His father is Jamaican and his mother is Nigerian and he was born in Manchester and brought up on the city’s notoriously deprived Moss Side area. But he moved to the United States when he was 10-11 years old and went to school in Florida.

His early passions were soccer and basketball, but he realised he had more potential in the latter as he was 6ft 6in tall by the age of 16. But he also showed talent as a high jumper and was given a track and field scholarship at Alabama, later studying at the University of Louisville before eventually moving back to the UK.

“My early successes were addictive and encouraged me to keep doing it,” he remembers.

In 2009 he represented Britain in the European Junior Championships in Serbia, where he finished ninth, but he has otherwise stayed below the radar with minor medals at British Championships as he has entered the senior ranks.

Edwards came under the wing of British high jump guru Fuzz Ahmed but more recently he has been coached by Cliff Rovelto in Kansas.

This means Edwards is splitting his time between training in the US and being in the UK in order to spend time with his fiancée and fellow athlete Perri Shakes-Drayton.

Congratulations is in order, my fiancé winning his first indoor High jump title at the British indoor champs. He has had the bronze, silver and now the Gold whaaaaa. I’m so proud of his achievements both on and off the track ❤️😁👏🏾👏🏾 . . #athlete #entrepreneur #husbandtobe #businessman #highjump #trackandfield

“But my coach will be at the World Indoor Championships in Birmingham,” Edwards adds, “as one of our group, Erik Kynard, won the US indoor title. So it’ll be a good opportunity to get some training done with him, hopefully.”

In between preparing for the Gold Coast next month, though, he is keen not to neglect his cigar-making business.

“When I started doing it, I guess I was at the time of life when I wanted to do something that I could call my own,” he explains, adding that Aireyys is also involved in grooming products.

“I’ve always been interested in the art of cigar making and in the early stages I even rolled each and every cigar myself.”

Some people have criticised him for promoting cigars alongside athletics, but he says every one of his cigars sold provides a person in a developing nation with clean drinking water for an entire year.

So given all this, who can blame him for wanting to celebrate on the podium with one? “It’s a reflection of success,” he says proudly.