Hannah Cockroft: “I know I can go quicker” 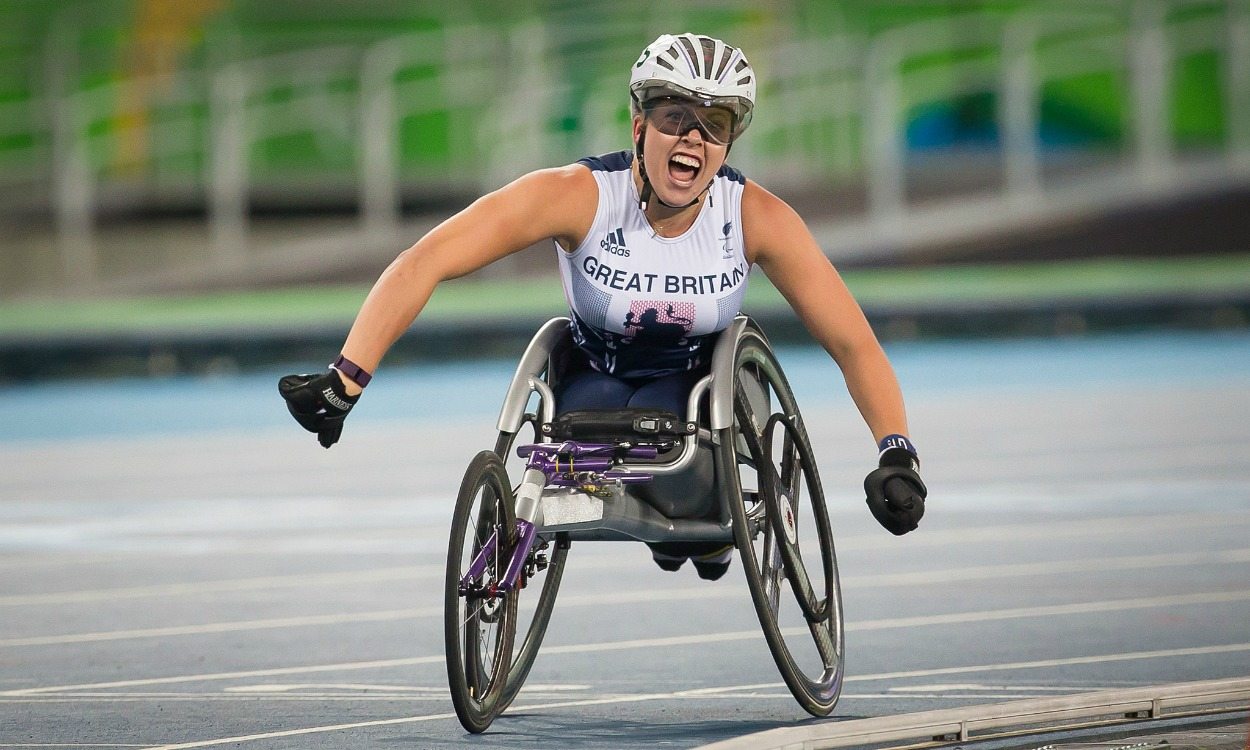 She has five world records to her name, but Hannah Cockroft is convinced she can break new ground again in future

Having improved the world records in an impressive four events recently, Hannah Cockroft is understandably feeling good ahead of the World Para Athletics Championships in London next month.

There she will be looking to retain her T34 100m, 400m and 800m titles and although her recent results in Switzerland provide a welcome confidence boost, she’s by no means complacent.

Worryingly for her rivals, however, Cockroft believes she can go faster still.

“It makes me feel confident,” says the five-time Paralympic champion and seven-time world gold medallist. “I know I can go quicker. I know there were mistakes I made, I wasn’t as fresh as I could have been, so that always means that I can go quicker and that’s an exciting prospect.

“Both the Swiss tracks are really fast and we were really lucky with conditions out there,” she adds. “Now we’re in England, there is always a threat of rain, but you know what, we’re English so we’re kind of used to it!”

Cockroft made her international debut at the 2011 world championships in Christchurch, where she claimed 100m and 200m gold. Since then she has only been beaten once, by team-mate Kare Adenegan in 2015.

Cockroft admits that the weight of expectation is much heavier now than when she took to the London Stadium track for the Paralympics five years ago.

“Lining up in 2012, no one knew my name, no one really knew anything about me,” says the Halifax athlete. “I could just sit there and enjoy it and at no point during London 2012 was I nervous.

“I think about London 2017 now and there’s a lot of pressure there. I basically have to win, I have no choice. That’s scary!”

“I basically have to win, I have no choice. That’s scary!”

Looking ahead to her three events, Cockroft adds: “I think the only event I’m comfortable in is the 400m, that’s the one I’m most confident about winning.

“This year Kare has already done a big PB – she’s the only other girl to have broken 18 seconds over 100m – which leaves me now very little room to make mistakes. In the 800m it’s all about tactics. Anyone could win that race so they are going to be close competitions I think.”

When it comes to her emotions ahead of her London return, Cockroft reveals: “When I think about London, it gives me butterflies. It makes me a little bit teary-eyed and I think that’s how it’s going to feel coming back.

“London always gives us the biggest crowds, the most supportive and passionate crowds. They know our names, they care about what we’re doing and that makes it so exciting. That atmosphere gives you something, it makes you go that little bit faster.”