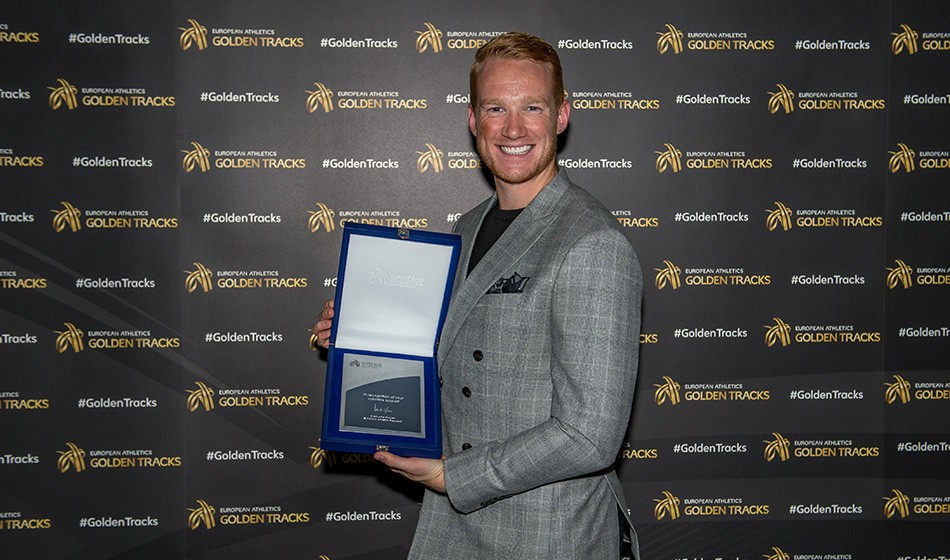 When winning his world gold in Beijing in 2015, Rutherford became the fifth British athlete in history – after Daley Thompson, Linford Christie, Sally Gunnell and Jonathan Edwards – to simultaneously hold all four major titles and he set the British record of 8.51m in 2014.

The 31-year-old had hoped to attempt to become the first man to win a third successive European long jump title in Berlin in August but was forced to miss the event through injury.

.@GregJRutherford received the Lifetime Achievement Award at the Golden Tracks.

The Brit remembers some of the greatest moments of his career and talks about still staying involved in athletics in retirement.#GoldenTracks pic.twitter.com/Tkl1gyqqyu

Also among those honoured at the Golden Tracks evening were British sprint star Asher-Smith and France’s world record-breaker Mayer.

UK record-holder Asher-Smith stormed to a sprint treble at the European Championships in Berlin, equalling the world lead in the 100m with 10.85 and setting an outright world lead of 21.89 in the 200m as well as anchoring the 4x100m team to victory in another world-leading time of 41.88.

She becomes the fourth British athlete to win the award after Sally Gunnell in 1993, Kelly Holmes in 2004 and Jessica Ennis-Hill in 2012, receiving the trophy ahead of last year’s European athlete of the year Katerina Stefanidi of Greece and Belgium’s European, world and Olympic heptathlon champion Nafissatou Thiam. 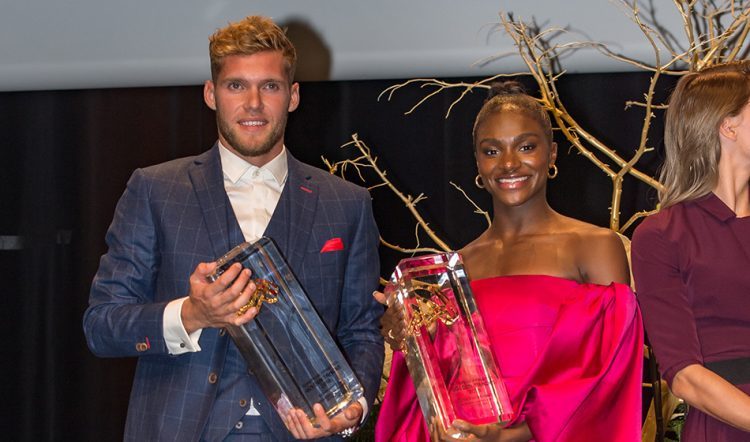 Mayer, meanwhile, becomes the third French athlete to be crowned male European athlete of the year after Christophe Lemaitre in 2010 and Renaud Lavillenie in 2014 and receives the honour in a year which has seen him win the world indoor heptathlon title in Birmingham with a world-leading score of 6348 and then break the world decathlon record with 9126 in Talence.

Duplantis and Ingebrigtsen did still receive awards, however, as they were named joint winners of the men’s rising star accolade, while Belarusian hurdler Elvira Herman won the women’s award.

Ukraine’s two-time European 800m champion Nataliya Pryshchepa received the fair play award following her act of sportsmanship in the heats when she ran to the assistance of Belgium’s Renee Eykens who fell in the home straight.