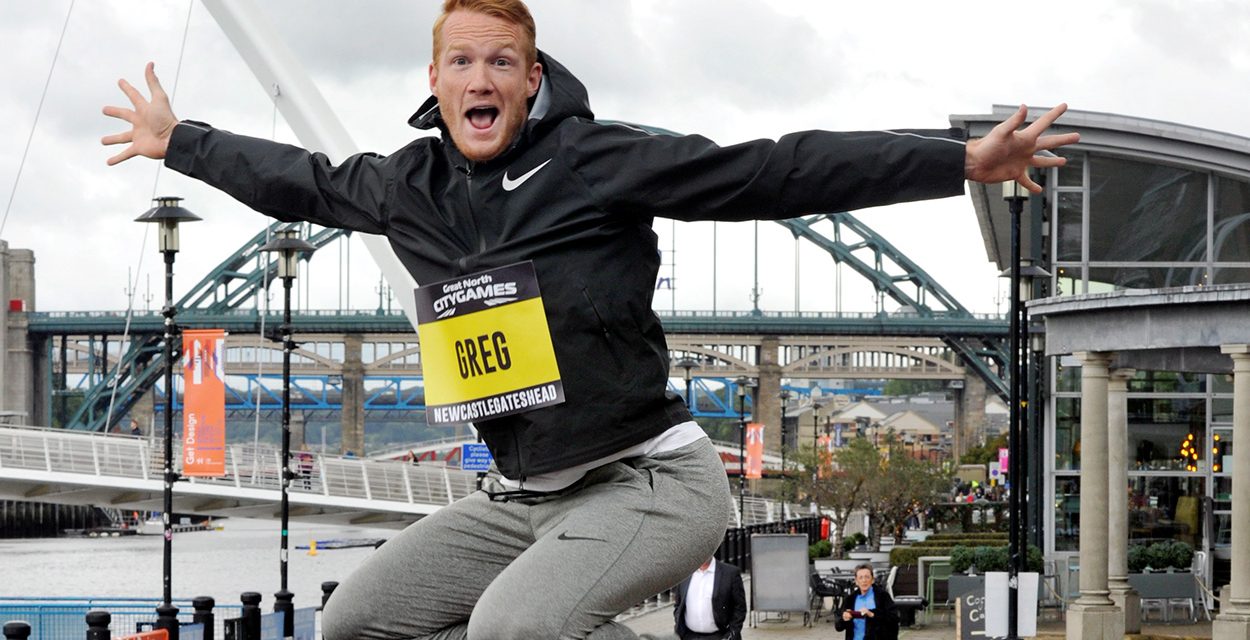 As Greg Rutherford sprints down the runway to leap into a sand pit for the last time this weekend, the long jumper’s body and mind are already adjusting to his next sporting challenge.

Keen to test his potential in track cycling, he has kept fit in recent weeks for the Great CityGames on the Newcastle-Gateshead Quayside on Saturday (Sept 8) by regular mountain biking at his home in Woburn Sands near Milton Keynes.

Mentally, he is adjusting to a possible life of racing on two wheels, while physically he is also changing as his quadriceps muscles – which were already as big as Popeye’s forearms – have grown further due to pushing hard on the pedals uphills.

“On one hand I love the idea of the challenge,” says Rutherford, on his ambition to become competitive on a bike, “but on the flipside I might be absolutely rubbish.

“I’ve never been afraid of failure during my career and to get out there and give it a go. If I’m not great at it then I’ll still be out there every day on the bike recreationally.”

The 31-year-old Olympic, world, European and Commonwealth long jump winner has already spent recent off-seasons mountain biking for fitness and he has chatted to fellow athletes Jonathan Edwards and Iwan Thomas about cycling. Both are keen cyclists – Thomas used to do BMX racing as a youngster while Rutherford has worked with triple jump icon Edwards on British Eurosport.

More regularly, he joins a group of cyclists who meet at a local bicycle and coffee shop called Stripes for training spins around Buckinghamshire and Bedfordshire.

One of his dogs, a Northern Inuit called Gus, sometimes comes along too. “There’s one stretch where we average about 20-24mph and he runs alongside us like it’s nothing,” says Rutherford. “He gets home and he’s tired but he has a drink and 20 minutes later he’s fine.”

Rutherford’s body is also fine after a cycling session through the trails, whereas long jump sessions nowadays are painful. Even a light-hearted leap into the air for photographers on the eve of the Great CityGames (above) on Friday caused his body to wince and ache slightly, but cycling hard for an hour or more barely causes any soreness.

So far, though, Rutherford hasn’t got a road bike, although at least one major bike manufacturer has been in touch with him about it. Nor has he cycled in a velodrome. But early signs are that he’s able to put a lot of power, or wattage, through the pedals, which bodes well for a crack at an event like the 1km on a track (Chris Hoy holds the UK record with 58.88, set at altitude).

“It’s nice to have people to say ‘why not?’ and then help me,” Rutherford says, on those giving him encouragement. “I feared that people would say ‘you can’t do this. You’re an athlete not a cyclist’, but so far people are being positive about it.”