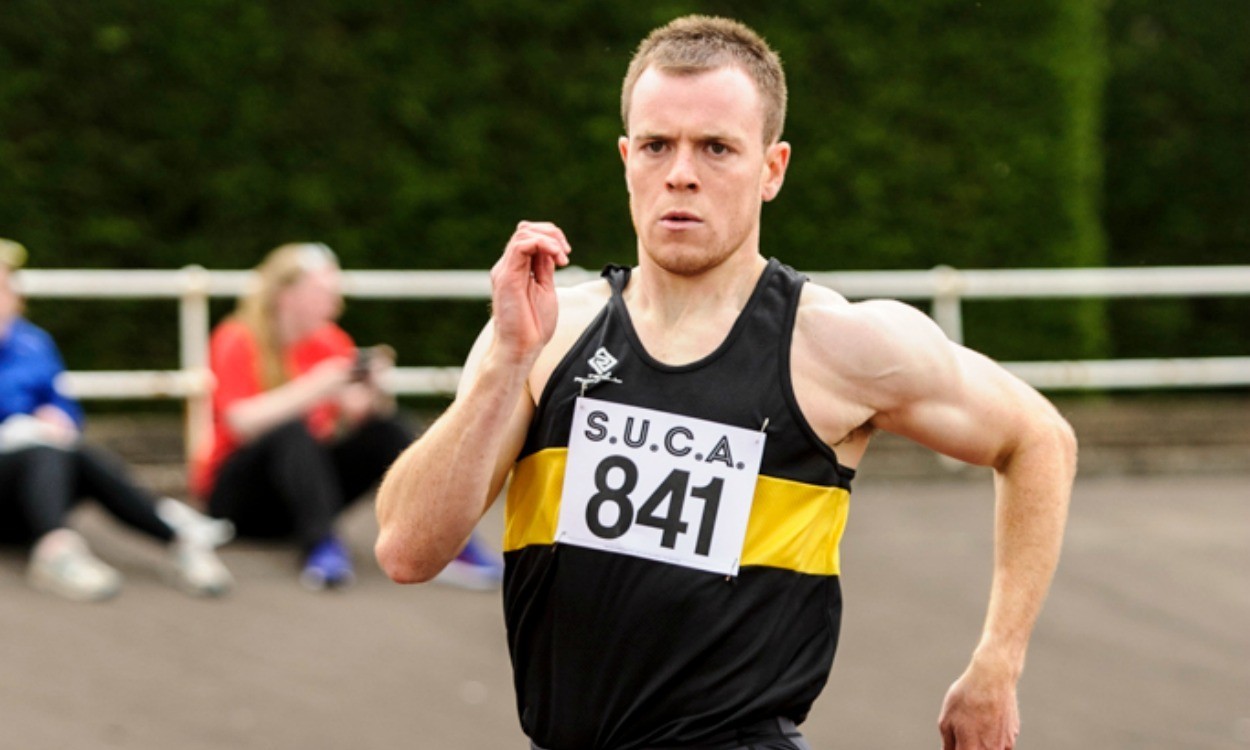 Having swapped his football boots for spikes and recently formed part of the Scottish quartet to have run the Glasgow 2014 qualifier, Plenderleith is eagerly awaiting Scotland’s team announcement for this summer’s Games

Two years ago the then Stenhousemuir football player Grant Plenderleith won £2500 for his Scottish club and £500 for himself with success in a ‘Dash for Cash’ competition for lower division footballers over 60m.

Fast forward to 2014 and the 23-year-old is a real contender for Scotland’s 4x400m relay squad at the Commonwealth Games this summer. He formed part of the quartet – also including Kris Robertson, Greg Louden and Jamie Bowie – that ran 3:06.58 in Belgium last week to better the qualifying standard by 0.42 seconds, before going on to clock his own 400m PB of 47.46 at Grangemouth on Saturday.

If Scottish Athletics do decide to send the team to Glasgow, it will be the first time since 1990 that the nation will have 4x400m squad at the Games. The quartet’s time in Namur actually placed them second on the all-time list for Scottish men in the 4x400m event and is a mark bettered only by the 1990 silver medallists Mark Davidson, Tom McKean, David Strang and Brian Whittle with 3:04.68.

Plenderleith reflects on the moment he began to consider swapping his football boots for spikes.

“There was a Ramsden’s ‘Dash For Cash’ race at Livingston,” says the now Falkirk Victoria Harrier, speaking of an event held in March 2012. “In many way, my life changed that day.

“I didn’t start the race too well and had to catch the other guy after halfway. Then, afterwards, we were interviewed by a couple of journalists and someone asked me, ‘have you ever thought about giving up football and taking up athletics and trying to qualify for the Commonwealth Games?’

“I answered that it had not crossed my mind and that was the truth, but I went home and started to think about it.”

Plenderleith then went along to an open athletics meeting at Grangemouth and it was there he realised competing at the Commonwealth Games could be a real possibility.

“I recorded 22.25 for 200m that night and, when I checked the Scottish rankings, I realised that brought me in at about number five,” he said. “I started to think maybe there could be a chance of Glasgow 2014 with a bit of effort and training.”

He continued to play football in 2012-13, combining two nights a week training with athletics. Up until about a year ago he was still turning out for Sauchie Juniors, a Scottish junior football club.

But, coached by Dave Lothian and involved with Falkirk Victoria Harriers, his track times improved and up to six-mile runs through the winter helped to build his endurance.

But Plenderleith admits he was disappointed to have missed out on a Scotland vest for the Glasgow International Match in January having finished sixth in what was effectively a trials at the Scottish Athletics National Open earlier that month.

“It was hard going, back in the winter,” he explained.

“The training we did was a wee bit different from everyone else – I was doing five and six-mile runs. I think it is paying off now with miles in the bank in terms of endurance.

“When I ran the 400m indoors at the National Open I faded badly in the final 50m. I had only done endurance work then and no speed endurance. Now I feel a lot more able to cope with 400m and I’m bringing the time down.”

Plenderleith never played at Hampden Park – Scotland’s national football stadium and the venue for track and field action at this year’s Commonwealth Games – as either a senior or junior footballer, only once as a schoolboy. But now his sights are firmly set on competing there on the track, rather than the turf.

The full Scotland athletics team announcement for Glasgow is to be made next week by Commonwealth Games Scotland, something which Plenderleith is eagerly awaiting.

“I don’t want to get ahead of myself,” added Plenderleith. “I was part of the four who ran the standard in Belgium but you want to see it in black and white.”