Glasgow 2019: Butchart and Philip mark one month to go 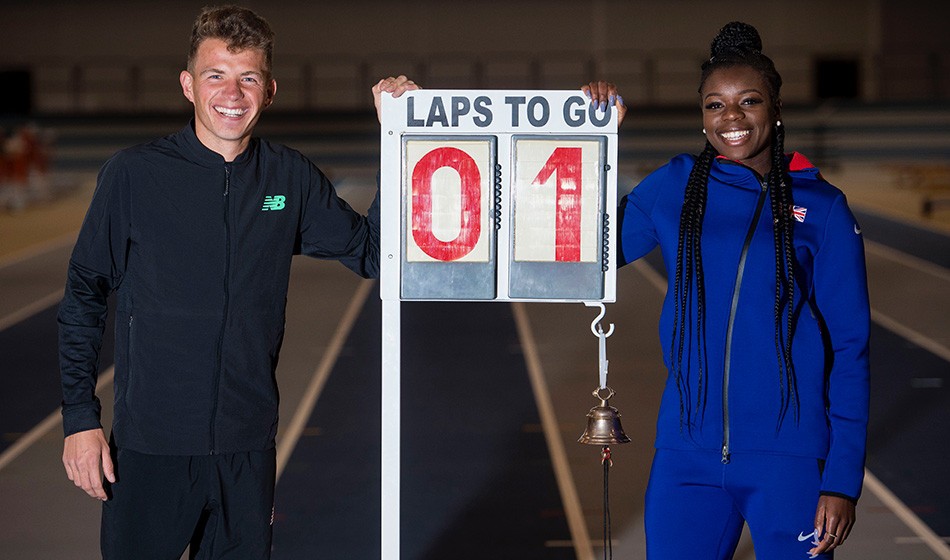 Andrew Butchart and Asha Philip helped to mark the one month to go milestone for the European Athletics Indoor Championships by sharing their excitement for the event at Glasgow’s Emirates Arena.

The championships will return to the iconic city for the first time since 1990 and there will be 650 athletes from more than 45 nations setting their sights on glory when they compete from March 1-3.

Philip stormed to the European indoor 60m title in Belgrade two years ago, breaking the British record with her time of 7.06.

The Olympic, world, European and Commonwealth relay medallist has had a strong start to this season, clocking a European-leading 7.12 in Dortmund at the weekend, and said: “Now that we’ve officially passed the one month to go milestone until the European Athletics Indoor Championships Glasgow 2019, my excitement levels are very high as I am sure they are for the rest of the athletes too.

“To have the opportunity to compete at a fantastic event in a world-class venue in front of a home crowd, is something that I can’t wait for.

“The competition will be tough for all athletes – my aim is to keep working hard to make sure I give myself the best chance of arriving in Glasgow in top condition ready to compete for a medal.”

Olympic sixth-placer Butchart made his track racing return at the New Balance Indoor Grand Prix in Boston on Saturday, with injury having ruled him out of competition last summer.

The Scot clocked 7:46.50 for 3000m and is looking forward to getting back in front of a home crowd in Glasgow.

“The Emirates Arena will be the place to be in early March!” he said.

“I’ll put on a good show along with the other Scottish athletes and give the crowd something to cheer about. Super excited to get on the track and race in front of a home crowd.”

Cherry Alexander, major events director at British Athletics and sport director for Glasgow 2019, said: “From bidding for the championships through to celebrating this major milestone of one month to go, the excitement for the return of major international athletics to Glasgow has been fantastic to see.

“Preparations are well on track across the board, and the noise of the Glasgow crowd will certainly make for a great atmosphere across the three days of action.

“We’ve seen some amazing performances already this indoor season with Asha and Andrew being two of those athletes who have really laid down some eye-catching markers. It really does go to show the motivation that a home championships instils in athletes, and I’m sure they will be two of countless athletes who will produce show-stopping runs, jumps and throws come one month’s time.”

See www.glasgow2019athletics.com for the full competition schedule and ticket information.