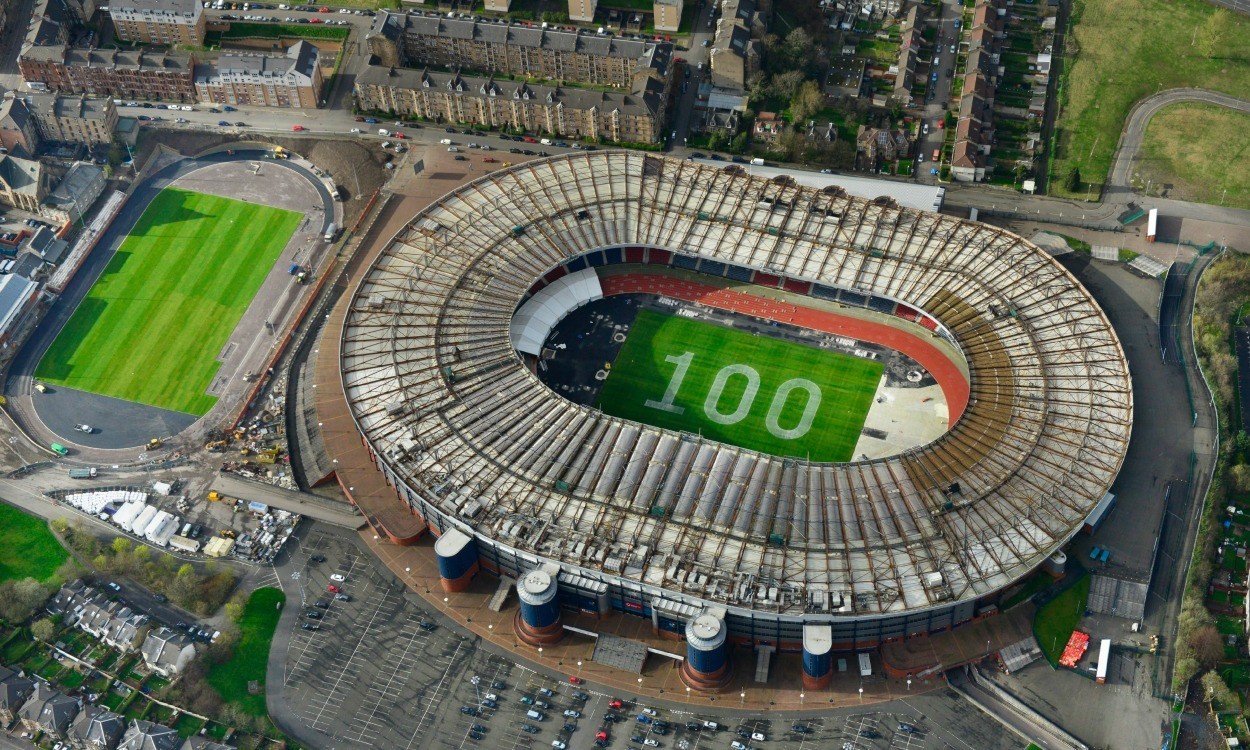 Glasgow 2014 organisers have marked 100 days to go until the start of the Commonwealth Games with aerial shots of Hampden Park as it continues its transformation from Scotland’s national football stadium to an athletics venue.

The milestone has been painted on the grass infield with imagery showing the still under-construction running track for the first time.

“It is now just 100 Days to Go until the start of the Glasgow 2014 Commonwealth Games, the biggest sporting and cultural festival Scotland has ever hosted and the UK’s next big sporting occasion,” said Lord Smith of Kelvin, Glasgow 2014 Chairman.

“We are entering the home straight now and these last 100 days are our opportunity to do the final work necessary to ensure that we deliver an outstanding Games for Glasgow, Scotland and the Commonwealth.” 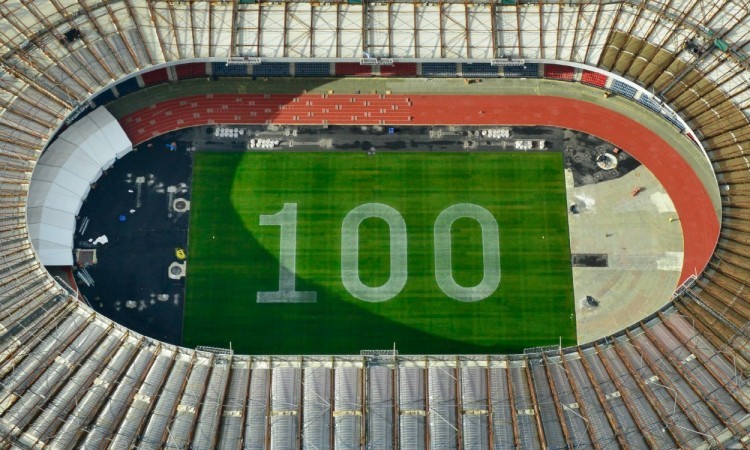 In order to gain the width and length required for an IAAF-approved athletics track, the stadium surface has been raised by almost two metres. A full infield complete with freshly-covered grass now sits on a temporary deck, made up of 1200 base panels supported by over 6000 structural steel stilts.

The temporary track and raised surface of the arena will create a 44,000-seater stadium, which will host the closing ceremony for the Games as well as the track and field events. It will return to 52,000 capacity following the end of the Games.