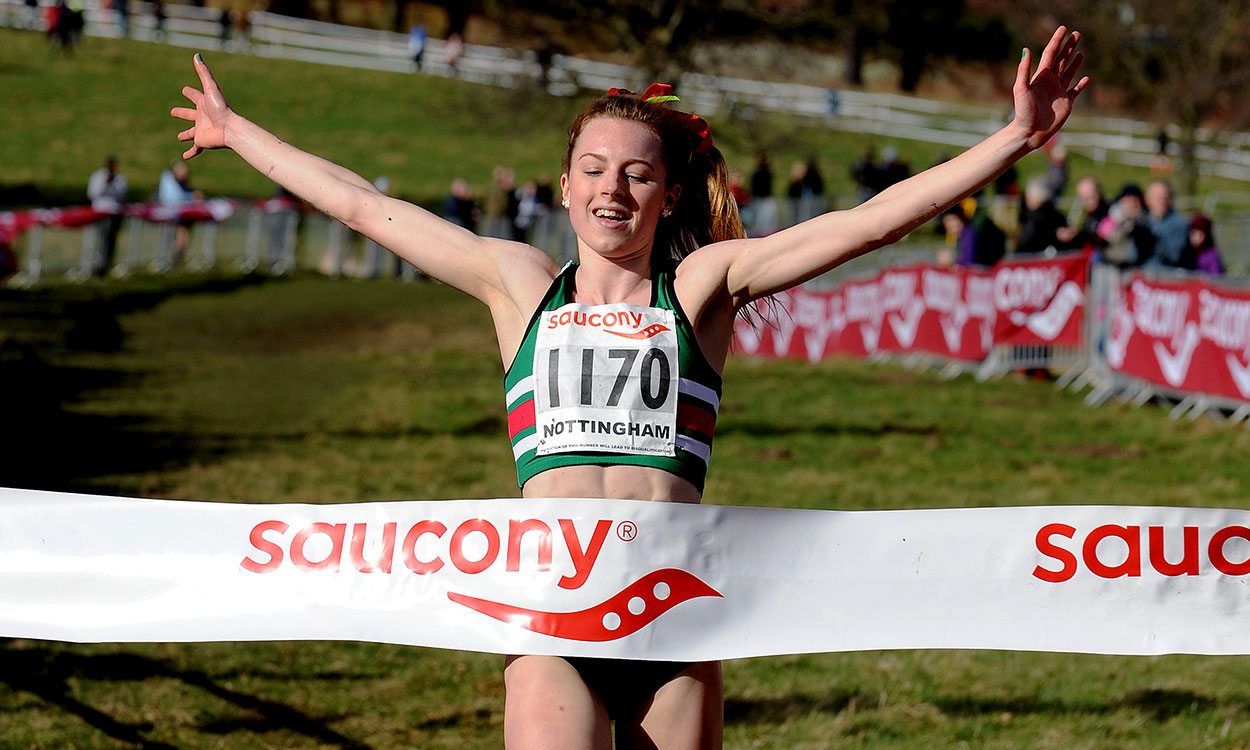 Three years ago Georgia Taylor-Brown did not simply win the English National under-20 women’s cross country title but she blew her rivals away.

She took gold by a whopping 48 seconds at Nottingham’s Wollaton Park with a stunning performance that followed a BUCS cross-country victory in Stirling over Emelia Gorecka, Rhona Auckland, Jess Andrews and Beth Potter, plus a fourth place in the European Cross Country Championships that same winter in Belgrade despite having to stop mid-way through the race to put a shoe back on.

Since then, though, she has vanished from the scene. As she is primarily a triathlete, in some ways this has not been a big surprise. But Taylor-Brown has been struggling on the sidelines with injury and only returned to full running training in recent months, culminating with a bronze medal-winning run at the Northern Cross Country Championships last month at Knowsley.

Now, she plans to return to Wollaton Park for the National Cross Country Championships on Saturday (February 25), and looks to remain healthy and injury-free as she builds up to this summer’s triathlon races in what will be her final year as an under-23.

Anyone who had been through Taylor-Brown’s injury nightmare would be similarly cautious. In May 2014, just after her National Cross win, she discovered she had a stress fracture in her navicular bone at the top of her left foot. Unlike most stress fractures, though, it proved obstinate and grew in size, requiring a couple of operations as metal screws of various sizes were inserted to keep the area bolted together.

At one point, she remembers, her foot felt sore and she looked down to see one of the pins poking out of the skin. Yet she believes the experience has made her stronger. “Injury is a tough place to be,” she says. “but you get to know your own body and understand your boundaries more.”

She spent weeks at a time on crutches and in a boot with the only consolation being she could focus on her degree in sport and exercise science in Leeds, which she graduated from in 2015. She has also been based at the national triathlon centre, where she is coached by Malcolm Brown.

“British Triathlon and UK Sport don’t mess around when it comes to treating injuries,” she says. “They have been really supportive.”

After one operation, she had a stress response in her foot after doing nothing more than gentle walking, which meant she had to return to crutches and wearing a boot. “I was thinking ‘why me?’ I couldn’t even do simple things like walk around the house,” she says.

Eventually, though, she started to fight back to fitness. Firstly she began with underwater treadmill sessions three times a week.

“That was cool but after a while you get bored with it and want the freedom that you feel when you do a normal run,” she says. Then her first outdoor run was a tentative 5x1min jogging on grass. “I was so scared. After so long off running I was frightened I was going to crumble into a million pieces. But it has been all good since.”

As a child she was a keen swimmer, routinely in the pool churning out lengths for about 18 hours a week in her mid-teens at home in Manchester. She then began to show ability as a runner with East Cheshire Harriers and was snapped up by British Triathlon at a talent ID event when she was 15.

Given that her mum, Bev, was a good swimmer and runner, and her dad, Darryl was a 1:47 800m runner as a teenager, it is little surprise that she is so talented (in 2012 and 2013 she won the European junior triathlon title and in 2013 finished 17th in the world cross country championships as an under-20).

But Taylor-Brown remembers it was still “a shock” to get asked to become a triathlete. “I’d never done a triathlon,” she remembers, “so I went from not knowing much about it to being part of the British Triathlon squad and getting given a bike!”

Her true ambitions lie in triathlon, but she is looking forward to enjoying the taste of mud again this winter. “The National Cross is a great event,” she says, looking forward to the race on Saturday. “The ground shakes when everyone sets off. I just love it.”