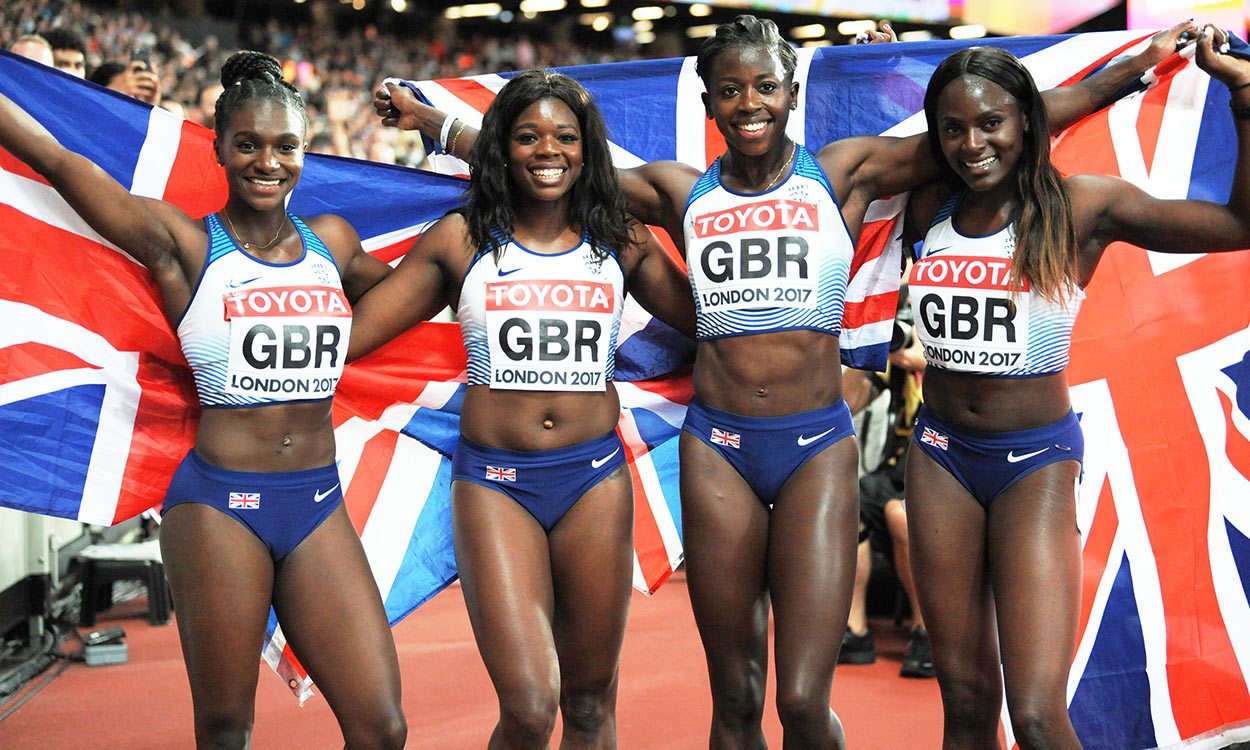 Fast forward to last weekend and they were standing in that spot on the global stage themselves, going on to secure a superb silver in front of home fans to demonstrate how far the squad has come during that time.

Henry was a cauldron lighter at the 2012 Games, while Asher-Smith was a kit carrier, and now the team hopes that their performances can help to inspire the next generation of athletics talent.

“I remember sitting there watching the relays because everyone gets excited for that,” recalls 21-year-old Henry. “It’s like, ‘oh, who’s going to drop the baton?’ Or, ‘how fast are people going to run?’ To not see a women’s relay team there… I’m sure at some point we were thinking, even in our young athletics careers, ‘I want to be there in the future’.

“The fact that we are here right now, five years later, getting a medal in that same stadium where there was no female representation, I just think that’s amazing.”

With the belief that there is still so much to come, too, Philip adds: “I definitely hope that kids have watched what we’ve done and believe in themselves that they can do it.

“We’ve all had our own journeys when it comes to injuries and lifestyles and stuff. People need to understand that all this can be done.”

The GB team had received some criticism earlier on in the championships for having only claimed one medal – Mo Farah’s 10,000m gold – until the final weekend, but the sprint relay quartet believes the performances by the squad across the board bode well for future.

“It is a transition period and while there has been some criticism of the team throughout the champs, from our perspective as a team itself we’ve actually done a pretty good job,” says Asher-Smith, who as well as winning relay silver, placed fourth in the individual 200m despite sustaining a serious foot injury earlier on in the year.

“We’ve had so many fourth and fifth places but particularly by so many young athletes,” she adds. “The people finishing in front of them are Olympic champions, world champions, multi world medallists – very experienced athletes. So when you put that in perspective… you can see over the next decade or the next two Olympics we’ve really got such good chances across all events – field, track, everything.”

“The fact that we are here right now, five years later, getting a medal in that same stadium where there was no female representation, I just think that’s amazing” – Desiree Henry

They hope to have created a similar impact to the one London 2012 had on them.

“Looking back at 2012, Super Saturday was one of the biggest days,” says Henry. “I’m sure that we all thought, given our ages, ‘a few years from now we can actually be there’.

“The fact that the world championships was in that historical stadium, it was like, ‘girls, this is our time to be the Greg Rutherfords, etc.’ I think we really did capitalise on that.”

» See the August 17 edition of AW magazine for more than 50 pages of reports and news from the IAAF World Championships, including interviews with both GB 4x100m teams