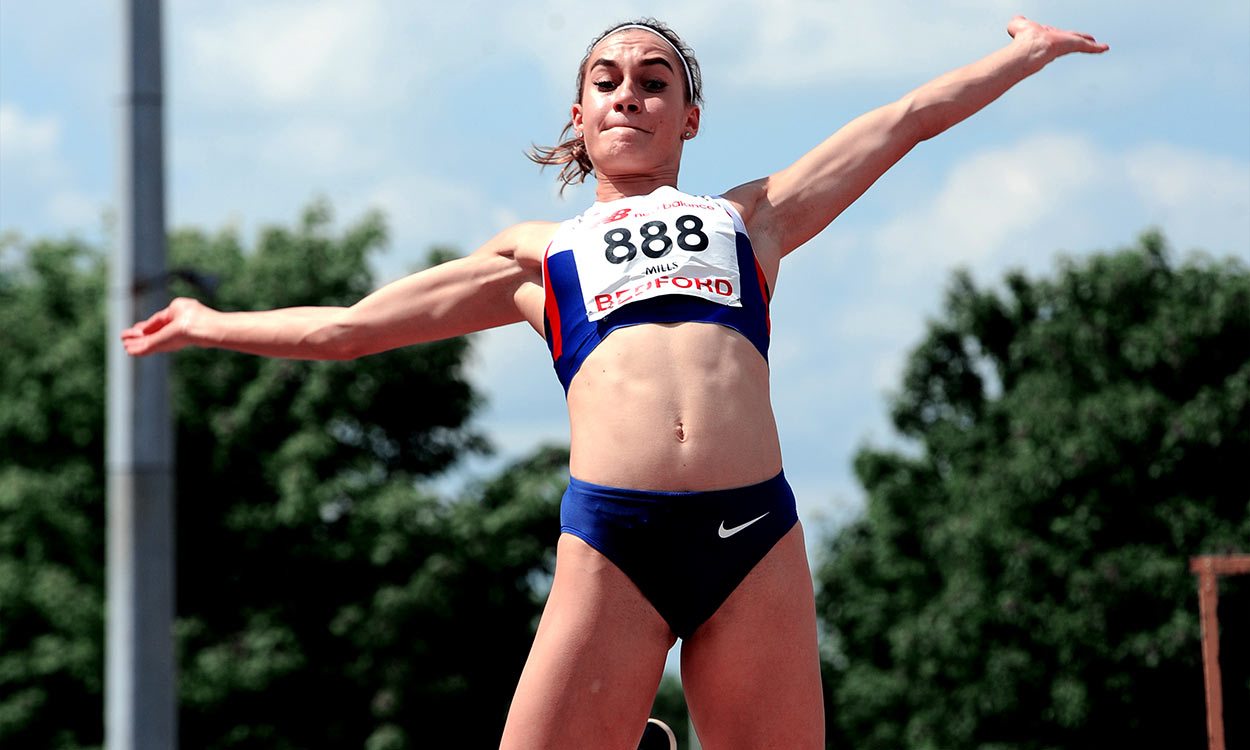 British Athletics has announced a 14-strong team for the Indoor Combined Events International in Madrid on January 27 and 28.

Commonwealth and European youth long jump champion Holly Mills (pictured) is among those selected, with full teams set to represent GB in both senior and junior categories at the competition which pits the nation against squads from Czech Republic, France, Poland and Spain.

Returning to multi-events competition for the first time since 2013, Mills made her under-20 indoor pentathlon debut last weekend. With 4049 points, the 17-year-old claimed victory and also moved to seventh on the UK all-time list.

Mills will be joined on the junior women’s team in Spain by Holly McArthur, who broke the Scottish under-20 heptathlon record last summer with 5687 points, plus Jade O’Dowda, who is now eighth behind Mills on the British all-time under-20 pentathlon rankings with her 4013 points from the past weekend’s England Athletics Combined Events Championships.

The winners of the senior trials event, James Finney and Marilyn Nwawulor, lead the men’s and women’s quartets.

Finney won the English heptathlon title with a PB points tally of 5514 on Sunday, while Nwawulor won the women’s pentathlon with a 4093-point PB.

Caius Joseph – whose parents Rafer and Tracey have both also competed for GB – leads the junior men’s team after a heptathlon win and 5275-point PB score.