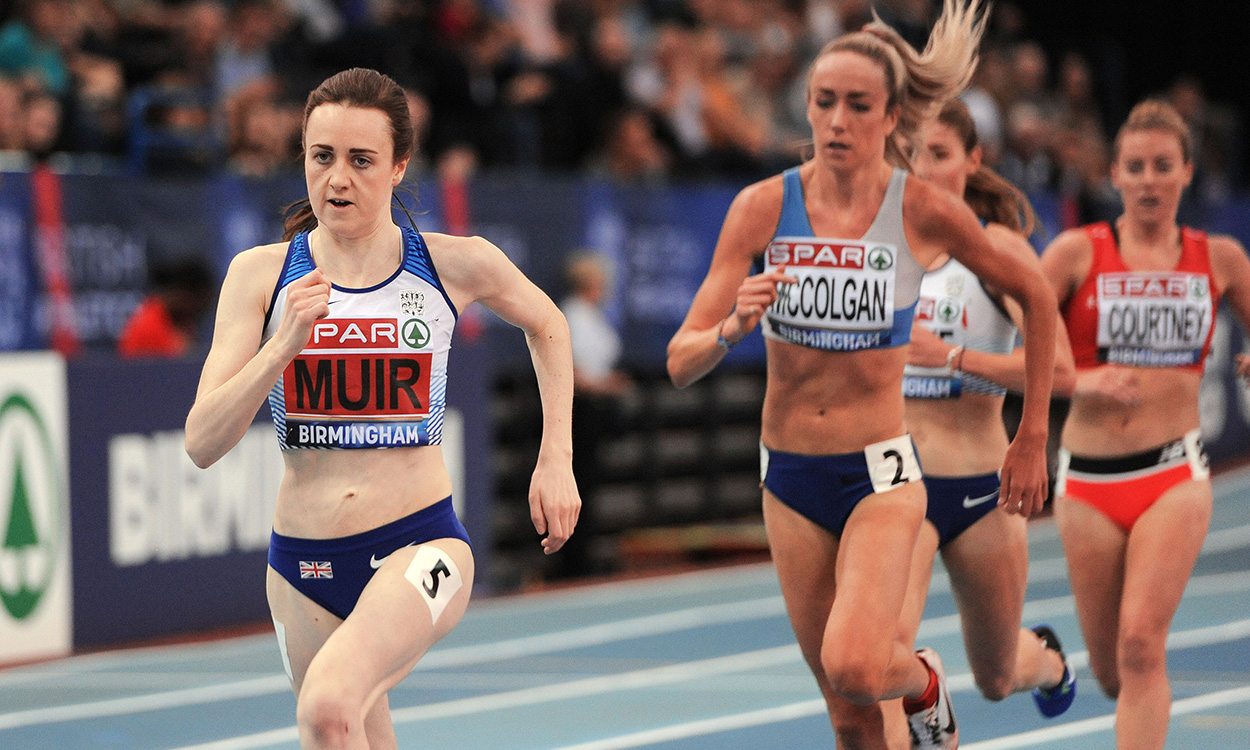 Laura Muir and Eilish McColgan set for 1500m and 3000m doubles in Birmingham, while Robbie Grabarz is also selected

Laura Muir, Robbie Grabarz and Katarina Johnson-Thompson are among the athletes to have been named in a 31-strong British team for the IAAF World Indoor Championships on home soil in Birmingham on March 1-4.

Sprinters CJ Ujah and Asha Philip are also included in a squad which is a mix of youth and experience.

Muir has been selected for the 1500m and 3000m along with fellow Scot Eilish McColgan after the duo won gold medals at the SPAR British Athletics Indoor Championships in Birmingham last weekend.

Former Olympic and world long jump champion Rutherford had been picked following his return to winning ways at the national championships, but has since withdrawn to focus on regaining full fitness ahead of the outdoor season.

Johnson-Thompson is another big medal hope in the pentathlon as she has accepted an IAAF invite to compete. Philip is aiming to make the podium at the World Indoors for the first time after a few near misses, while fellow 60m sprinter Ujah will test himself in Birmingham against USA’s world record-holder Christian Coleman.

There was no place for Rachel Wallader or Sophie McKinna, though, despite their great shot put duel at the trials. They were outside the qualifying standard and selectors have not made use of the ability to field one competitor in an event where no athlete possesses the mark.

While British Athletics requested a host nation place for pole vaulter Adam Hague following his personal best of 5.65m on the way to the British title at the weekend, the governing body says the nomination was declined by the IAAF.

“This year is an amazing year for our athletes on the international stage and we are looking forward to seeing how they perform across 2018,” said performance director Neil Black. “We are delighted that the IAAF World Indoor Championships are being held in Birmingham, where we have just successfully hosted our British Championships, and we are certain it will be a great event for those selected – the home crowd will certainly play its part.

“The IAAF World Indoor Championships are the first major event of an exciting year with Commonwealth Games and European Championships also on the horizon and we have selected a British team with a good mixture of experienced international competitors and talented, up-and-coming athletes keen to test themselves against the best in the world.”

*Indicates an athlete given a host nation place