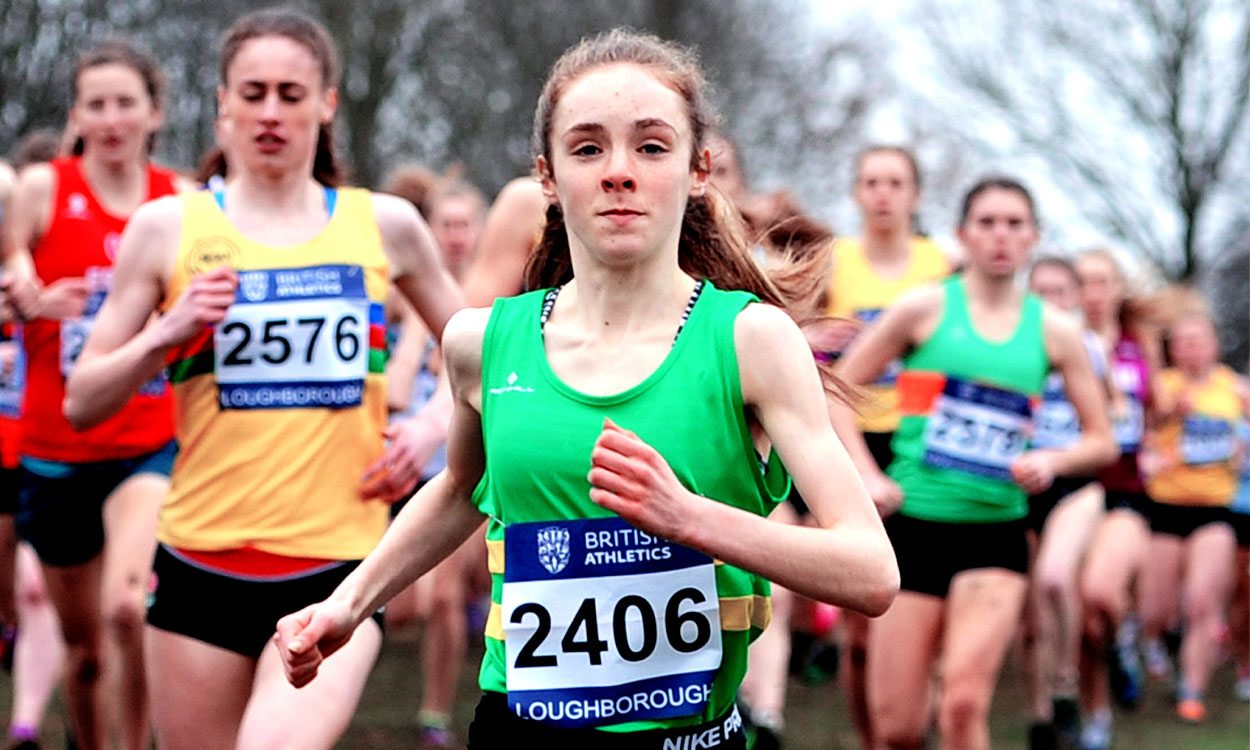 Amelia Quirk will run for Great Britain & Northern Ireland at the IAAF World Cross Country Championships in Kampala, Uganda, despite being left devastated after her disqualification at the trials event in Loughborough on Saturday.

A 16-strong GB squad, which does not feature a senior men’s team, has been announced for the event on March 26.

The Inter-Counties Cross Country Championships acted as the junior trials for the World Cross, with the first three athletes in the under-20 events securing selection.

Quirk (pictured) had been first to finish in the junior women’s race but after course confusion led to her going off route before returning to the course to finish the race in first place, she was disqualified.

But her selection has now been confirmed and she will join Inter-Counties winner Anna MacFadyen, Phoebe Barker, Gillian Black, Cari Hughes and Victoria Weir in Kampala.

Jonathan Shields leads the junior men’s team as he makes his overseas debut in a British vest following his win in Loughborough.

Also selected are the rest of the top-six at Inter-Counties –  Scott Beattie, Luke Prior, Sam Stevens, Benjamin Davies and Hugo Milner.

While the Loughborough event was the official trial for junior team places, senior athletes earned World Cross selection only if they are considered capable of finishing in the top 30 either this year or in future editions of the event, or where there is considered potential to win a team medal.

On the lack of a senior men’s team, British Athletics said: “Many of the senior men in contention for team places declined the opportunity in favour of focusing on the outdoor track season ahead.”

Inter-Counties winner Andy Vernon is known to be focusing on road racing and then the track, but runner-up Alex Teuten was disappointed not to have secured selection.

“To have made such a breakthrough this year and to see a clear objective for the season vanish in front of my eyes was really saddening,” Teuten told AW.

The BUCS winner and English National silver medallist added: “I’m aware it’s not just me that suffers from the news; there are many athletes who will undoubtably fear that GB opportunities will not simply be there at senior level which could well reduce participation.

“From my personal point of view, I invested so much into this and with undertaking a difficult PhD in chemistry I may never have a better opportunity to acquire a GB vest, although I will try my very best to ensure I am successful in selection for a GB international event in the future!”

On announcing the team, British Athletics’ head of endurance, Barry Fudge, said: “We have selected a team that we feel will push and challenge the best cross country runners in the world out in Kampala.

“It will be a tough and testing experience for those involved, but we believe that each athlete selected will perform to the best of their ability whilst proudly representing Great Britain & Northern Ireland.”