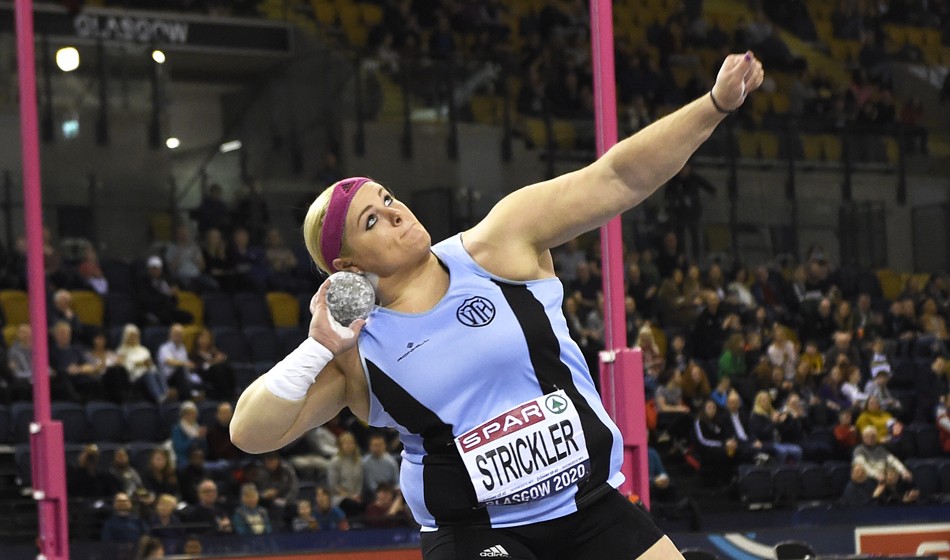 An 11-strong British team has been announced for the European Throwing Cup to be held in Leiria, Portugal, from March 21-22.

Recently-crowned British indoor shot put champions Amelia Strickler and Scott Lincoln are among those selected, with Strickler having thrown a PB of 17.97m to win in Glasgow.

Also victorious in Loughborough at the weekend and earning selection are discus throwers Nicholas Percy and Kirsty Law.

Craig Murch joins Campbell in the men’s hammer, with Jess Mayho completing the senior team in the women’s hammer.

Bethany Moule, Serena Vincent and Ben Hawkes are selected to compete as under-23s in the javelin, shot put and hammer respectively.

Charlotte Payne, who threw a World U20 Championships standard of 60.73m in Loughborough at the weekend, completes the team with a place in the women’s under-23 hammer.

Peter Stanley, head of field & combined events at British Athletics, said: “The European Throwing Cup is an important event on the international calendar for our athletes and it is fantastic – and demonstrates the strength we currently have – that we have been able to select the maximum number of 11 athletes this year.

“The Winter Long Throws Opportunity at the weekend was once again a great event for many to open their season as shown by the number of personal bests and, along with other performances this year, we are looking forward to seeing our athletes make the most of the opportunity Leiria presents.”