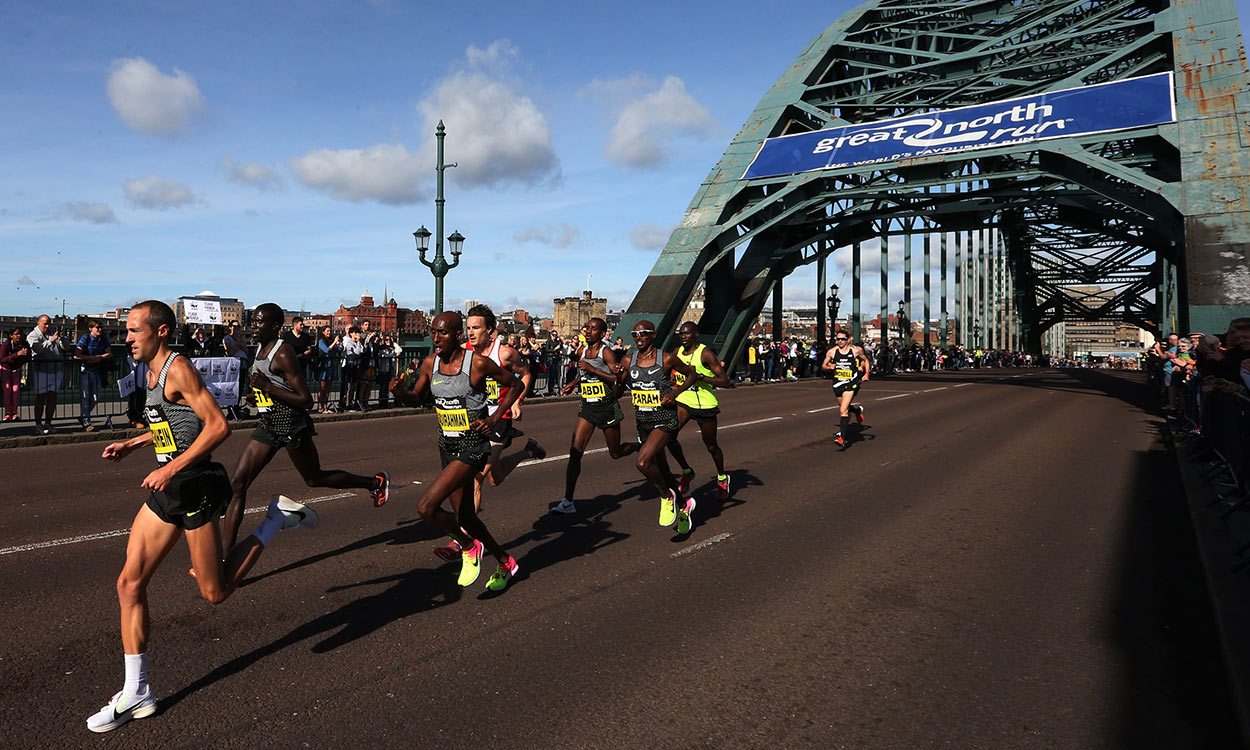 Dathan Ritzenhein expects Mo Farah to excel at the marathon, now that the Briton is about to make the 26.2 mile distance his sole focus.

The four-time Olympic and six-time world champion over 5000m and 10,000m is now moving to the roads after bringing his glittering track career to an end and will be looking to finish another incredible year on a high note as he bids to secure his fourth consecutive victory at this weekend’s Simplyhealth Great North Run.

American Ritzenhein, who finished runner-up to Farah in last year’s event and has the long-term goal of running the marathon for his country at the Tokyo 2020 Olympics, will be looking to challenge all the way again.

But he knows he will have his work cut out against a man he believes will do well in the next phase of his career.

Farah’s first attempt at the marathon distance came in London in 2014, when he finished eighth in 2:08:21, and Ritzenhein says: “He’s physically talented and capable of doing really well. When he ran the London Marathon he had that ‘out’ in that he could always go back to the track but he doesn’t have that now and when you switch over mentally 100 per cent sometimes I think that helps.

“He’s got a few years and you can learn so much from each marathon. Some people were down on his first marathon but a lot of people would take that as a pretty good one for the first go.

“I think there’s a lot of room for improvement there and he might not be as dominant as he was on the track right away but I don’t see any reason why he couldn’t be one of the best in the world at the marathon, too.”

Ritzenhein, who will be joined in the Simplyhealth Great North field by the likes of fellow American Bernard Lagat, Ethiopian Olympic marathon silver medallist Feyisa Lilesa and the Robertson twins Zane and Jake, adds: “It’s just such a different thing. You’re not kicking, you’re surviving and at some points it’s almost like just trying to put one foot in front of the other. Physically it’s not like on the track where you’re kicking and you’re looking to reach a point and then using another gear. In the marathon there are no more gears and when you get to that point it’s really just a metabolic race. Either you’ve got the fuel and the energy to keep moving or you don’t.

“It’s an event where you can take back a lot of time or you can lose a lot of time at the end. Whereas on the track if you get dropped then you’re done, in the marathon someone can come back a minute or two in the last few miles and then it’s all about what happened earlier in the race, how the preparation was and it’s amazing when that happens.

“A lot of it is about competing against yourself, really. It’s about what you can handle and what you can do. You do want to win the race but you can only do what you’re capable of.

“Sometimes it’s just about minimising mistakes in the training and in the race. There are so many variables.”

As for the challenge which awaits this weekend on the famous route between Newcastle and South Shields, Simplyhealth Great Manchester Run 10k winner Ritzenhein says: “The half-marathon is my bread and butter event and that gives me confidence but, having Mo there kills off any excess confidence. He’s won the last three times and been the best distance runner in the world for the past few years so you know it’s going to be a difficult race.

“I was in incredible shape and pushed really hard last year so I know that I’m going to have to give it my all again this year and hopefully have a little bit extra because, if he’s there towards the end, good luck!”

» Read more from an interview with Dathan Ritzenhein in the Great North Run preview edition of Running Monthly, out with the September 7 issue of AW magazine