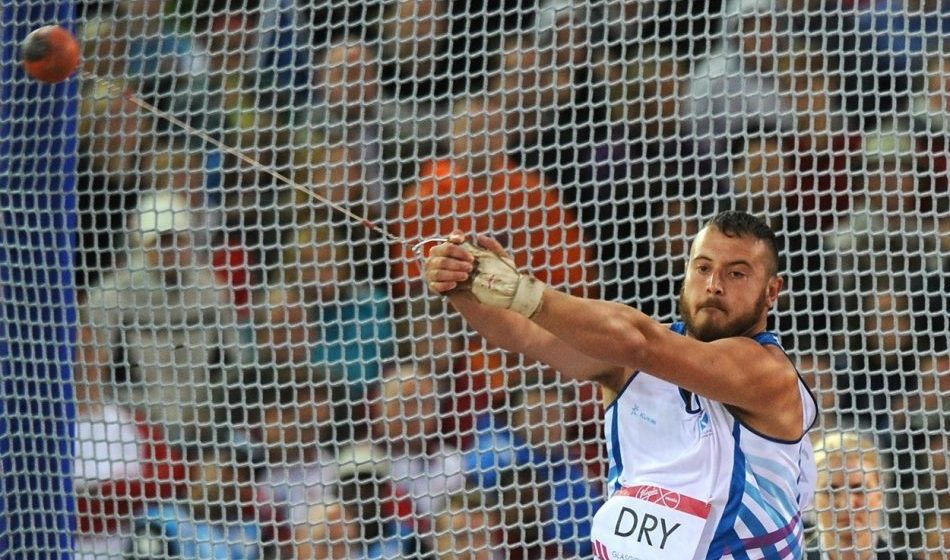 Scottish hammer record-holder Mark Dry has been banned for four years for lying about his whereabouts on the day of a drugs test.

The 32-year-old, who won bronze at the Commonwealth Games in 2014 and 2018 and who sits No.5 on the UK all-time rankings with a best of 76.93m, admitted wrongfully claiming he had gone fishing on the day he missed an anti-doping test in October 2018.

Dry was first charged in May last year and then cleared in October, but this week UK Anti-Doping won an appeal against the decision to clear him. However, Dry says he is “heartbroken” and plans to “continue fighting this unfair saga”.

On social media he said: “I simply cannot understand how a different panel would arrive at a four-year ban conclusion, given that the Court of Arbitration for Sport clearly indicate that the misinformation I provided does not amount to tampering.”

Dry says he “panicked” as he did not want “a strike against my fully clean record”.

Athletes are allowed to miss three tests within a 12-month period and if he had not written to UKAD making the false claim then no action would have been taken against him.

Stacey Cross from UKAD said: “This case is a very clear example that athletes must conduct themselves with honesty during the anti-doping process and what is at risk if they don’t.

“It is UKAD’s role to uphold the anti-doping rules, which apply to all athletes, and there are very strict sanctions for anyone who deliberately interferes with or tries to obstruct the anti-doping process.”

But Dry says: “I cooperated fully from the start and have admitted my fault, but the punishment here does not even remotely fit the crime. How can they equate me with someone who injects steroids or someone who constantly lies and tries to obstruct authorities?”

The full UKAD decision document can be found here.