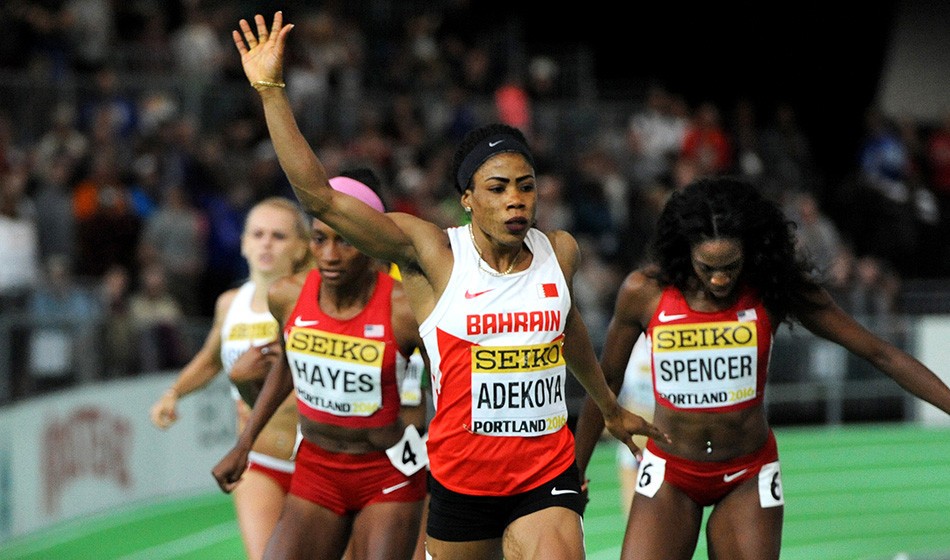 Bahrain’s Kemi Adekoya has been provisionally suspended after testing positive for the banned substance stanozolol, the Athletics Integrity Unit has announced.

The AIU confirms a Notice of Allegation against #Bahraini 400m #sprinter Oluwakemi Adekoya for violations of Article 2.1 of the @iaaforg Anti-Doping Rules. Find out more: https://t.co/Cq4Q2MR0LJ#AIUNews #athletics #trackandfield #antidoping pic.twitter.com/gugsrFUs4H

The 25-year-old, who was born in Nigeria, is a four-time Asian Games gold medallist and claimed world indoor 400m gold in Portland in 2016 after breaking the Asian record with her winning time of 51.45.

Confirming a ‘notice of allegation’ against the athlete, the Athletics Integrity Unit stated that Adekoya tested positive for the anabolic steroid in November.