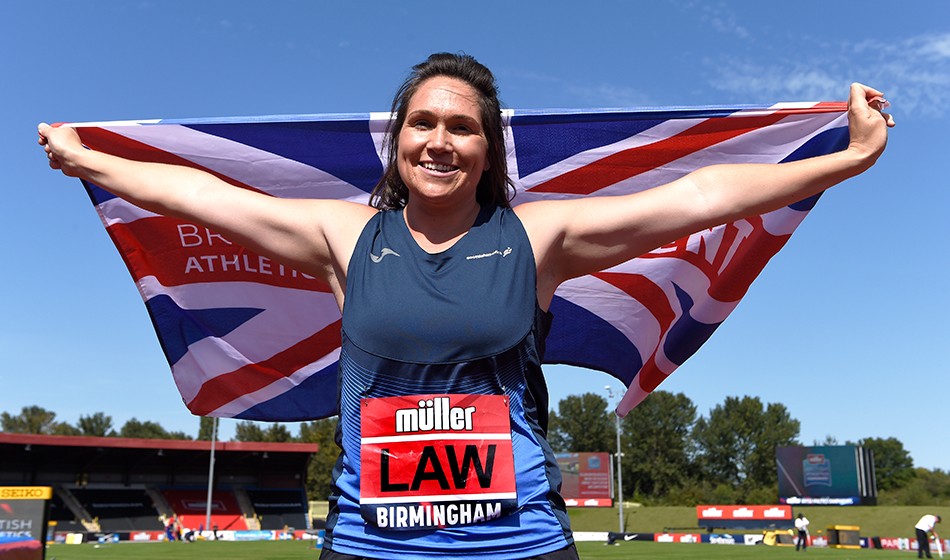 Kirsty Law admits nothing can top running out to the Hampden Roar, even though she feels ditching football for athletics was her best free transfer.

The 33-year-old claimed two caps at under-18 level for Scotland as a goalkeeper before throwing all her energies into launching the discus.

It has won the Highlander a record 12 Scottish titles but turning out at Glasgow 2014 on Mount Florida did make her think what might have been, she reveals.

“I do miss football. At 18, I made the decision to go to athletics and I stopped completely. A couple of years ago, I joined a team in Loughborough, the Foxes, because I missed it so much. But I went back to athletics and had to give it up again,” she says, speaking on a Scottish Athletics webinar.

“I go to Hampden a lot to watch the football team so to get on that field (at the Commonwealths) and compete was phenomenal. I was competing at the time when Eilidh Doyle won her silver medal so they were playing The Proclaimers when I went into that circle. It gave me that buzz and it couldn’t have happened at a better time. It gave me my love and excitement back for the sport.”

The GB & NI international, who won her only outing of 2020 before the sport shut down, has edged back to full training after her Loughborough base reopened.

Working as a nurse, she has her ambitions firmly set on reaching the Olympics next summer after stepping back from the brink of retiring in 2017 when she dropped US-based coach John Godina and persuaded current thrower Zane Duquemin to guide her career.

“I was getting so frustrated with my throwing that I started crying,” she says. “That’s not me at all. But I was getting myself into a lull and a bad place that I didn’t want to do it any more. I took a couple of weeks off.

“Zane lived in Loughborough and I thought I was going to retire but I said to him: ‘can I come work with you?’ He said no bother and I started to enjoy it again.

“I didn’t know if it was because John was so far away but Zane found my love for discus again. We started working together in the January of 2017 but I got the love back and I knew that’s what I wanted to do and I’ve had it ever since.”

Although Duquemin has relocated to train in Qatar, he has the practicing nurse itching to make her mark once competition restarts.

“I’m in the best shape of my life,” she adds. “I was ready to compete at the start of this year. But me and Zane and Jade Lally, we Skype and we’ve been doing that since he moved to Doha last year. Everyone else has been doing all these online sessions but it’s not new to us.”