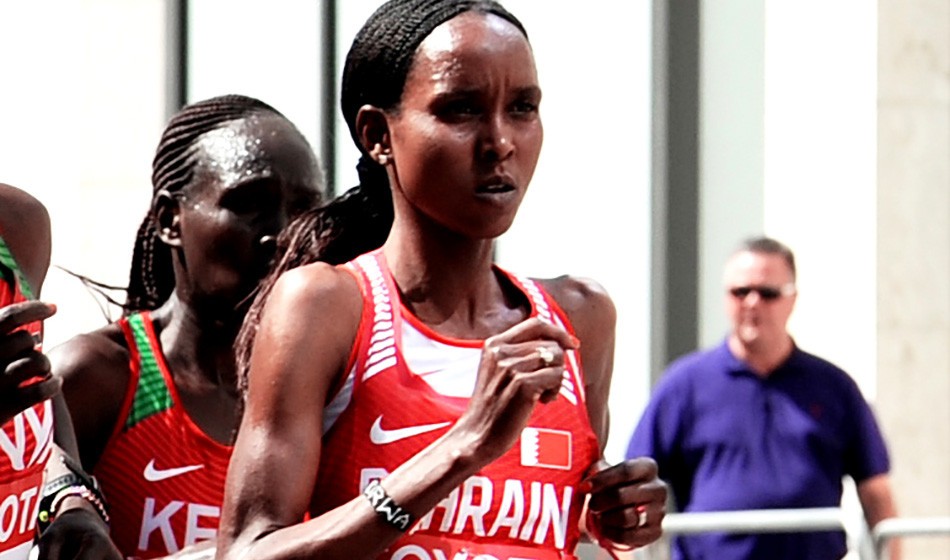 Eunice Jepkirui Kirwa has been banned for four years after testing positive for erythropoietin (EPO), the Athletics Integrity Unit (AIU) has announced.

The 35-year-old, who was born in Kenya but competes for Bahrain, claimed Olympic marathon silver behind Kenya’s Jemima Sumgong at the Rio 2016 Games.

Sumgong is currently serving an eight-year ban of her own.

Kirwa’s period of ineligibility began on May 7 and she has been provisionally suspended since last month.

The Athletics Integrity Unit has issued a decision against Bahraini long-distance runner Eunice Jepkirui Kirwa for a violation of the @iaaforg Anti-Doping Rules.
Find out more ➡ https://t.co/cBkQOqSHT4#CleanSport #AIUNews pic.twitter.com/LHRaJVJLu5

According to the AIU decision document, Kirwa underwent an out-of-competition doping control in Kapsabet, Kenya, on April 1 and on May 7 the WADA accredited laboratory in Seibersdorf reported an Adverse Analytical Finding (AAF) for the presence of recombinant EPO in the sample.

“The athlete was requested to provide an explanation for the presence of EPO in the sample and was afforded the opportunity to request analysis of the B Sample,” adds the decision document in part.

“On 13 May 2019, the athlete provided her explanation for the AAF in which she stated that she did not dope intentionally. She could only assume that the EPO entered her body through contamination during a caudal epidural injection she received on 29 March 2019. The Athlete did not request analysis of the B sample.”

The full Athletics Integrity Unit decision document can be found here. The AIU decision can be appealed.

News of Kirwa’s ban comes the week after the AIU announced that her brother, Felix Kirwa, had been banned for nine months from February 14 after strychnine was found in a sample given by the athlete after the Standard Chartered Singapore Marathon.

The AIU decision document for that case states that: “Following consultation with a scientific expert, the AIU is satisfied that the presence of strychnine in the sample is consistent with the athlete’s ingestion of the herbal medicine products ‘Arthritis Care’ and ‘Goodcare Arthplus’” which he was using to treat arthritis prior to the event.

The document adds: “The AIU is satisfied based on the athlete’s explanation and supporting medical evidence that the athlete used the herbal medicine products for therapeutic reasons.”

The full Athletics Integrity Unit decision document can be found here. The AIU decision can be appealed.