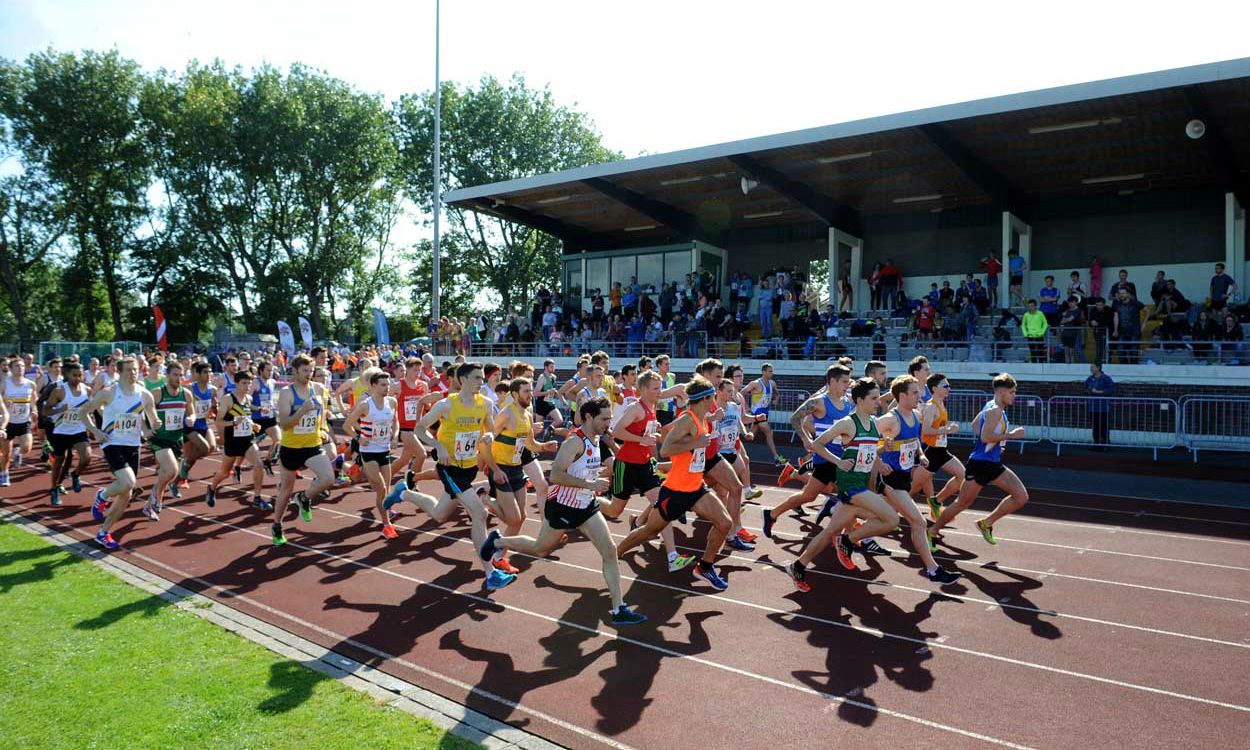 Some of the biggest names in the sport such as Jessica Ennis-Hill, Ron Hill and Peter Elliott are supporting Northern Athletics as the area body prepares to charge its athletes £2 each per year in order to survive.

Frustrated by its failure to gain a promise of long-term funding from England Athletics, the Northern organisation has written to clubs proposing the new affiliation fee.

The letter is headlined “Northern Athletics – your support, our survival, your future” and includes numerous supportive statements from well-known athletes, ex-athletes and coaches.

Ennis-Hill said: “I have always supported the Northern Championships. They have provided an important stepping stone throughout my career and I hope they can continue the brilliant work they do for athletics in general,” while her coach, Toni Minichiello, added: “Northern Athletics and the Northern Championships they provide, are a critical part of the development of all athletes as they move through the competition pathway. The continuation of Northern Athletics is crucial to our sport and I give my full support to them with this current initiative.”

Northern Athletics currently receives an annual grant of £41,000 from England Athletics but this is due to fall to £32,000 in 2018-19 and the national governing body has been unable to guarantee any funding thereafter.

“Without a guarantee for 2019-20 and 2020-21 the possibility of a shortfall of over £30,000 for each of those two years alone would be catastrophic for us,” says Northern Athletics in its letter to clubs.

“The run-down costs, if we had to fold, are considerable and have to be factored in especially when our finances are conducted within such a tight and testing budget. Without support now from the clubs we have a current lifespan of only three years at the most.”

Northern Athletics estimates it has almost 50,000 athletes from its area who contributed around £700,000 to England Athletics this year via the national governing body’s affiliation scheme, which is £14 per head and set to rise next year.

The news of a Northern Athletics affiliation fee will come as no surprise to many athletes in the area. The idea of an area affiliation fee has been given the thumbs up in a couple of surveys and the story was covered in AW’s August 24 issue.

The support is partly due to a desire to maintain the rich heritage of the sport. The predecessor to Northern Athletics, after all, the Northern Counties Athletic Association, was formed in 1879 – one year before the Amateur Athletic Association – making it the world’s oldest athletics governing body.

Athletes and coaches also want the maintain “a voice” in their area and, most of all, the survival of the 17 area championships currently staged on all surfaces.

Mike Baxter, the coach and former distance runner, describes Northern Athletics as fulfilling a “vital role” and “stepping stone”. He added: “It would be a very sad day for the sport if athletes were not able to enjoy competition in all its formats provided by Northern Athletics.”

Former Northern champions include Sebastian Coe, Steve Cram, triathlete Alistair Brownlee, Brendan Foster – and also Jenny Meadows, who says: “I remember competing in my first Northern Athletics Championships as a 13-year-old. It was the first time I had competed in such a big event in a big stadium. The competition timetable ran on time, there was electronic timing, the stadium announcer sounded just like the one on the TV, and the officials brought an air of professionalism and authority.

“It became an annual focus and highlight for me and gave me vital competition and the opportunity to progress my championship preparation skills. Even as an established international athlete, the Northern Championships would remain in my competition schedule.”

Yorkshire middle-distance legend Elliott says: “Northern Athletics and everything the organisation represents is, for me, a very important aspect of the lives of the thousands of athletes who compete at all levels in athletics in the North. I was fortunate to win a few Northern Championships titles on the track and at cross country and having been chosen to represent Northern Athletics in an 800m at Crystal Palace, I ran a 1:50.7 UK age 16 best, which was to be the platform to a relatively successful international career.

“The role Northern Athletics perform is so important especially at grassroots and club level and the thought that this is under financial threat is very disappointing to hear. The events that the Northern Counties organise and the titles they have on offer are so important in the competition calendar for all the age groups and disciplines.

“Northern Athletics’ administration, officials and the volunteers have done a tremendous job over the years and I would like to see this continue so we have the pipeline coming through on the track, the roads, and the country and in the field to continue to win more medals at the major championships.”

Marathon legend Hill adds: “I am sorry to hear about the predicament the Northern Counties find themselves in due to the proposed cessation of funding. I would like to say that the Northern Counties Championships played a great part in my development as an athlete leading to three Olympics and gold medals in a European Games in Athens and a Commonwealth Games in Edinburgh. I hope your search for alternative funding is successful.”

Northern Athletics says it has been “forced” to ask its athletes for an affiliation fee and not surprisingly their letter to clubs contains some criticism of the national governing body. “We have tried especially over the last three years to press our cause with England Athletics but we are concerned that our role within the sport and the need for financial support is not understood by them,” the organisation, which is chaired by Tony Wood, states.

England Athletics, however, has in recent months said that it views the English area bodies as “an important part of the competition pathway” and that it has invested £1 million into the area bodies and partners like the English Schools Athletics Association and that organisations like Northern Athletics have the right to explore their own ways of generating additional income.

But Northern Athletics warns: “The possible demise of the areas is real and we cannot be sure that our national governing body see this scenario as a possibility or even fully recognise our importance and role in that ladder. If they did then financial commitment to us would have been without question but unfortunately such assurances have not been given.”

The area body adds: “Without Northern Athletics there would be a huge vacuum in our sport. The ladder of competition would be broken and the vital step in the competition calendar would disappear for both athletes and coaches.”

» The Northern Athletics letter can be read here