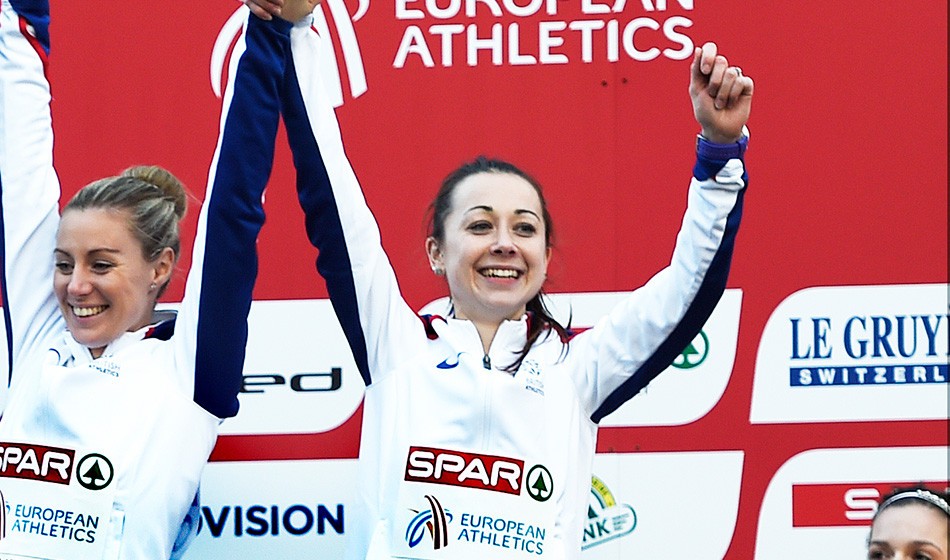 When Jessica Piasecki made her GB debut as a junior back in 2006, she remembers standing on the European Cross Country Championships start line in Italy and laughing. “There was just so much atmosphere and I’d never experienced anything like it. I just enjoyed it so much,” she smiles.

Now, over a decade later and despite being unsure as to whether she would even have a cross-country season at all, the 28-year-old is getting ready to lead the latest Great Britain squad at the global showpiece – the IAAF World Cross Country Championships taking place in Aarhus in Denmark on Saturday – and enjoyment will again be key.

Featuring senior trials winners Adam Hickey and Jenny Nesbitt, plus under-20 winners Matt Willis and Grace Brock, and the likes of British Cross Challenge champions Mahamed Mahamed and Kate Avery, GB is sending a strong squad to Denmark and Piasecki – making her own senior global debut – wants her team to line up feeling confident.

“I think this particular year we do have a really good chance of doing well in the teams, right across the ages,” says the 2012 Euro Cross under-23 champion as she looks ahead to an event being held on a challenging and innovative, muddy and hilly Aarhus course.

“I think we can take advantage of the course and be right up there with the best in the world.”

Piasecki placed 14th on her debut in Italy as a 16-year-old, forming part of GB’s gold medal-winning junior women’s team in a race won by Steph Twell, while Mo Farah won the senior men’s title.

The following year, Piasecki competed at the World Cross for the first time, finishing 26th in Mombasa. 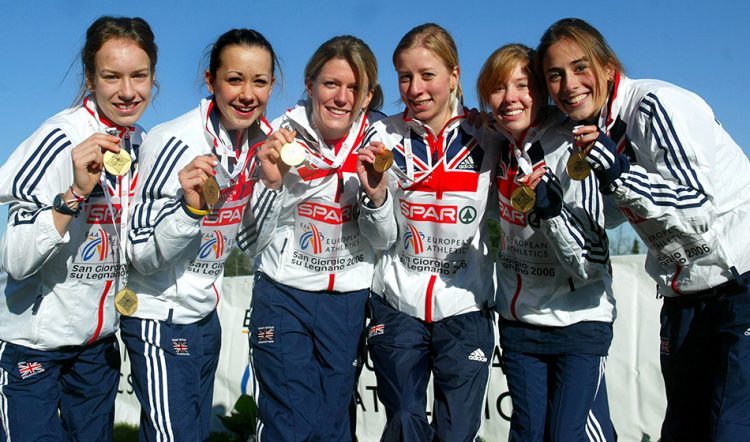 After five years away from cross-country competition, the Stockport runner returned to the mud in 2018 and went on to finish 10th in Tilburg, helping to secure team silver.

“It has been a bit of a whirlwind cross-country season,” says Piasecki, who also finished second overall in the British Cross Challenge after placing second in Milton Keynes, third in Liverpool and then second at the World Cross trials in Loughborough. “I didn’t expect to be doing cross-country really and it’s just gone from strength to strength.

“When I got asked to be captain last Friday, it was the cherry on top of the cake.”

Piasecki is now one of the most experienced members of the team, and on her advice to her younger team-mates, she adds: “To enjoy it but also I want to reiterate to everyone – don’t be afraid of anyone. You are deservedly on this team and you’re among the best.

“I think we should just go out there fighting. Give your best on the day and nobody can ask any more of you.”

Piasecki, who also works as a lecturer and researcher in exercise physiology at Nottingham Trent University, has had her own battles to fight back from over the past few years but her recent performances have provided a welcome confidence boost.

Now coached by Robert Hawkins, the father and coach of world marathon fourth-placer Callum, Piasecki further proved her fine form by clocking 15:51 for the 5km Long Eaton parkrun at the beginning of the month – a time which puts her second in the parkrun all-time rankings, just one second off of Charlotte Arter’s record from Cardiff in January.

🔥🔥 On Saturday Jess Piasecki ran the second fastest parkrun EVER by a female parkrunner! 🔥🔥

Jess clocked a time of 15:51 at Long Eaton parkrun… only one second off the record ⏱️

“I just wanted to do parkrun as a bit of a run-out, because it had been quite a long time that I’d not raced,” explains Piasecki, who has openly spoken about her struggles with injuries related to RED-S (relative energy deficiency in sport).

“I knew of Charlotte’s record and I thought it was a good target but I was just looking for a run-out. Rob didn’t really say ‘right, go for it’, he just wanted me to turn over the legs and get in the race mode as it were.

“It was really well received, the parkrun. I couldn’t believe it. I’ve never had so many likes on my social media page! I had loads of nice comments from people.

“Obviously I’d like to get a lot quicker, maybe on a flatter more competitive course, but for doing that at a parkrun and to see it was well received, that was nice and it was definitely a confidence booster.”

Her focus now is on running well in Aarhus and then, when it comes to longer-term goals, she will sit down with her coach to decide on her best route to Tokyo 2020.

“I have to sometimes take a step back and think ‘right, look where you have come from’,” says the 71:36 half-marathoner, whose move up to the full marathon has been interrupted by injury. “I’m just loving running consistently, pushing myself and being healthy at the same time.

“I just want to keep going. I really want to try and make it to the world stage on the road, on the track, and beyond.”

On teaming up with Rob, she adds: “I’d met him in 2015 at the Frankfurt Marathon where Callum did his debut and I was doing mine as well. Unfortunately Frankfurt didn’t go very well for me (Piasecki had to drop at out 32km while well on target for a Rio qualifying time after tearing her plantar fascia).

“Callum made massive progression from there and I’d seen what he had done. I think eventually I know I want to be a marathon runner, I think that’s where my strengths lie, and looking at what Callum has done, I thought Rob would be a great person to be able to work with.

“If things progress as they do, I really would like to give it a shot for Tokyo because it’s the pinnacle of our sport and why wouldn’t you? But whether that’s track or road, I’ve no idea. I think we’ll find out how I go this summer and then decide.”

» See the March 28 edition of AW magazine for news, interviews and previews ahead of Saturday’s IAAF World Cross Country Championships